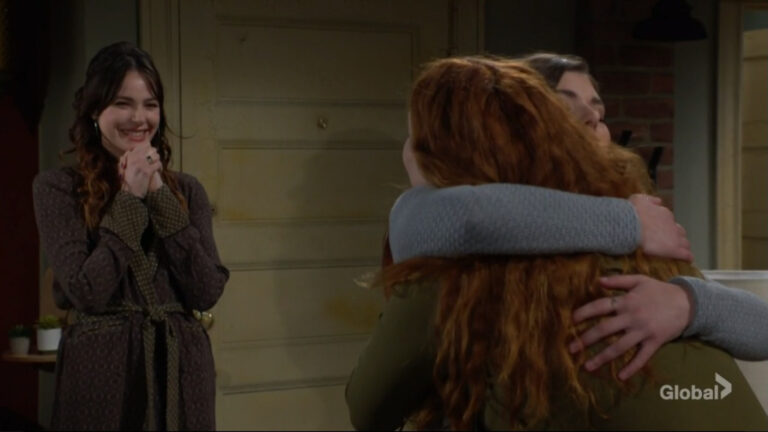 Soaps Spoilers’ full list of spoilers for The Young and the Restless from Monday, May 9 to Friday, May 13.

The Abbott’s receive a surprise guest – Allie.
Nick and Sharon see a ghost from their past.

Kyle gives Diane an ultimatum.
Victor supports Victoria in her time of need.

Y&R recap Monday May 9: Victoria confronts Billy for exploiting her and Allie comes to Genoa City.

Victor restores confidence at Newman.
Victor and Nikki talk about whether to tell the kids that Diane is alive and in GC.

The Abbotts demand answers from Diane.
Diane tells the Abbotts everything they want to know and Kyle’s left unsure of whether to let her into his life.

Not every Abbott agrees with Kyle’s decision to give Diane a second chance! 😱 What will happen next? #YR is new this week on @CBS. Watch the latest episodes on @paramountplus. pic.twitter.com/rkQCxx3kKZ

Y&R recap: Nick lashes out at Diane when he sees she’s alive, Allie breaks down in tears, and Kyle shocks his mother with his plans.

Nick and Sharon reconnect with Diane.
Nick’s not happy that Diane is back and his mother went through hell for nothing.

Nick offers to go to Miami with Sharon.
Nate and Elena share a romantic evening.
Billy admits Victoria accused him of being The Grinning Soul.

Elena sees a new side of Nate.
Jack receives a surprise visitor in Allie.
Kyle tells his mother he’s heading back to Milan.

Wednesday’s Y&R recap! After Rey’s funeral/memorial, Chelsea wonders if she and Rey could have had a future together, and meanwhile, Michael has a big reaction to Diane’s return.

Michael is shocked to see Diane.

Phyllis witnesses a surprising encounter. She sees Michael with Diane.
Lauren shares her concerns with Michael about his new venture.

Lauren and Michael dish on their trip to France.
Chelsea struggles to find closure.

Chelsea wonders if she and Rey would have gotten together.
Chelsea goes to the memorial for Rey with his family.
Allie explains to Jack that her mother was in L.A. and that it didn’t go well when she saw her.

Sharon says goodbye.
Tessa and Mariah are there for Sharon and offer to go to Miami with her.

Thursday Y&R recap: Sally and Adam come up with a scheme to get Victoria and Ashland back together.

Nick faces an ethical dilemma.
Sharon’s back from Miami.

Nikki tells Victoria she understands why she can see Ashland might truly love her.

Sharon tells the kids about Rey’s memorial.
Sharon gives Tessa and Mariah a sweet gift to pamper themselves before the wedding.

Nick talks to Sharon about his dilemma and Sharon tells him to take the 250 million for New Hope. Rey would have wanted it.
Nikki does damage control.