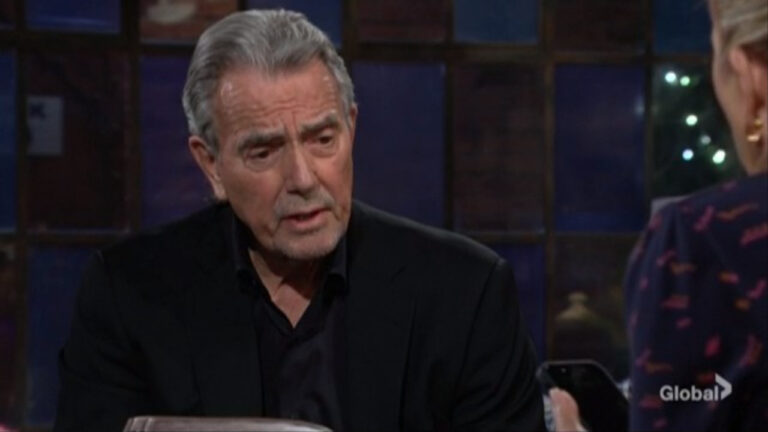 Co-Executive Producer/Head Writer Josh Griffith previews what’s going down with all of the Genoa City residents of Y&R this February with Soap Opera Digest.

What’s coming up on May Sweeps on Y&R?

Josh Griffith calls May “explosive, dynamic, sexy and romantic as hell.” It sounds promising… Kate Linder celebrates 40 years on Young and Restless and planned is a “big romantic wink” to Esther Valentine’s past.

Coming up, Adam (Mark Grossman) and Sally (Courtney Hope) feel that they’ve found their soul mate in each other. They’re equals, and he relies on her support and love since she understands him.

Sally wants the benefits that will come to her, but she is in no way trying to manipulate the situation. Neither is using the other.

Nick’s (Joshua Morrow) brought into the conflict since he knows that with Adam feeling wounded, he’s most dangerous.

Meanwhile, Diane’s (Susan Walters) back and she’ll do everything she can to break through Kyle’s (Michael Mealor) defences of hurt, his anger and his confusion.

He’ll attempt to try to accept her and possibly have her back in his life, though it’ll be a difficult road.

Summer has to deal with the fact that her mother, Phyllis, wants to bury Diane, which could create conflict for the couple.

Summer’s return will show her as more of a strong, independent businesswoman who was wildly successful in Milan but misses home.

Summer’s return also means a new face for the character as Allison Lanier will be in the role from this point on.

Jack watches Kyle forgiving Diane and it may open the possibility of him forgiving her.

Nikki’s busy with Ashland and Victoria but once she feels they’re in a  good place, “Diane had better watch out.”

Phyllis ramps up her connection to Jack and they are on a path to be together. Could Diane push Phyllis back to the person Jack fears the most?

Jill arrives at the launch party for Hamilton/Winters-Chancellor and she has a lot to say about Diane’s return.

Michael (Christian LeBlanc) has it in for Ashland (Robert Newman) because Locke had him thrown in a Peruvian jail. Lauren’s caught between concern for Michael and understanding his need to right the wrong that was done to him.

Ashland is far from being done, no matter what Victor (Eric Braeden) does, he can’t seem to get rid of Locke.

Victor will ramp up his efforts to make Locke disappear for good.

Ashland saved Victoria’s life and now she’s in a position of conflict and Victor won’t like it.

Rey’s (Jordi Vilasuso) death will take Sharon (Sharon Case) in a new direction that is still being worked out. Nick’s strong for her and the connection they have will come into play.

Chelsea (Melissa Claire Egan) realizes she too had a connection to Rey that was stronger than she was willing to admit to herself.

His death will change Chelsea and send her into an interesting direction.

Losing Rey for Chance (Connor Floyd), pushes him toward his emotional recovery. He’ll close out Rey’s open police cases to honor his partner.

This turns out to be the “salvation” for Chance since it gives him purpose.

Billy (Jason Thompson) feels he’s found his place with his podcasts, but also wonders how he fits into the Chancellor and Hamilton/Winters merger that he watches come together.

This could spin him into a new direction and have him connect with someone surprising.

Nate’s (Sean Dominic) naturally good at business and enjoys the power. He and Elena (Brytni Sarpy) may have a hard time balancing their time together.

The company will be geared toward entertainment and streaming platforms, which is in competition with Newman Media.