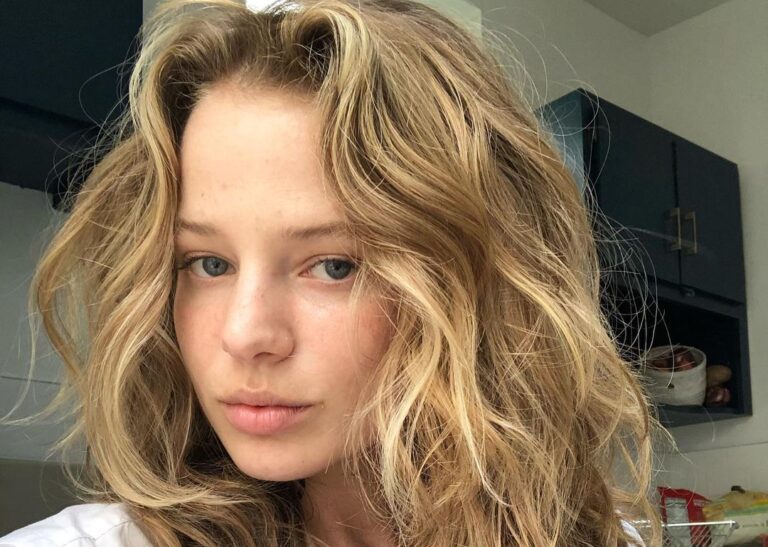 In late April, it was announced that Allison Lanier had been cast as Summer Newman on Young and the Restless. She is taking over the role from Hunter King, who was last seen popping up in video calls in March.

Lanier has been appearing on screens since 2017, when she had a small role in It Happened In L.A. That same year, she joined the cast of the Amazon Prime series Red Oaks, as recurring character Annabelle.

Since then, she co-starred in the thriller Mia and appeared in the romantic drama, Fish Bones. This will mark her first role on daytime.

Lanier studied Industrial and Production Design at The City University in New York. Most of her work has been behind the scenes, including with a props and rental company and as a producer for Lalaland.

She is active on Instagram, where she posts pictures of her art work and her daily life. You can also check out some of her photography on her official website.

Take a look at her acting reel below.

King played the role for a decade, following the rapid aging of the character, who was originally born in an elevator 2006. The child of Phyllis Summers (Michelle Stafford) and Nick Newman (Joshua Morrow), she was conceived during an affair, which subsequently led to some flip-flopping about her paternity.

That was only the beginning of her many woes. Her childhood was especially rife with chaos, including being kidnapped, nearly murdered, and being put in a coma.

Her teenaged years were also dramatic, including a car crash that caused Chelsea (Melissa Claire Egan) to miscarry her baby.

Since then, she has been a divisive character, with a combative relationship with her mother and almost everyone else she tumbles with. Her penchant for trying to seduce much older men didn’t win her many friends either.

However, she eventually wound up in an on-again/off-again relationship with Kyle Abbott (Michael Mealor) that finally stabilized as they moved to Milan to further their careers.

When Summer returns to Genoa City this week, she will be walking into a city where all the old wounds left by Kyle’s mother, Diane Jenkins (Susan Walters) have been ripped open since she revealed that she had faked her death years ago.

Will Summer help to give Kyle the guidance he needs in this confusing time, or will she accelerate the chaos?

Look for Lanier to make her first appearance the week of May 16.