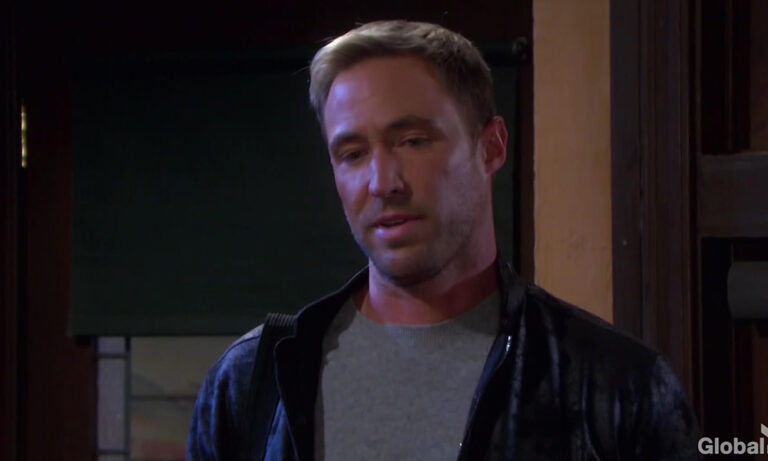 Days of our Lives comings and goings showcase actors headed to Salem, leaving Salem, and which ones have changed their contract status.

Adriana Sevan will be seen on Days of our Lives March 1 as Odelia. She’ll be in scenes with Xander (Paul Telfer), though there’s no word on how long she’ll appear.

Kyle Lowder returns to Salem as Rex Brady the week of March 8. Check those spoilers to find out what he’s up to while he’s in town. The last time Lowder returned as Rex was April 2020. He was last seen in Paris, when Sarah hit him over the head with a mallet and tied him up, and left him there for Kristen to find.

Cady McClain returns March 1 for a string of telephone calls from Boston, where she is cleaning out Laura’s estate with Mike. According to  Soap Digest, Ron Carlivati says Jennifer will be back on the show someday but he doesn’t know if the role will be played by McClain or Melissa Reeves.

Mike Manning is out as Charlie Dale as Charlie was killed off (offscreen) in the February 24th episode of Days of our Lives.

Suzanne Rogers is taking a break from Days of our Lives as Maggie Horton, according to Soap Digest. The actress was last seen on the NBC soap on January 25. In passing, Sarah (Linsey Godfrey) told Xander (Paul Telfer) that her mother was out of town visiting her sister, which accounts for her disappearance.

Jackée Harry makes an appearance on Days of our Lives in a new role as Paulina. Find out who she’s connected to in Salem. Her first appearance is March 1.

You can practice it by watching her on @nbcdays starting March 1st… #days https://t.co/FK7vCfdWHO

Brandon Beemer (Shawn Brady) and Martha Madison (Belle Black Brady) will stay on the show for an extended period of time. It looks as though they will be taping the show through April. (This means fans will see them likely into mid-September.) This news was according to a tweet by @xotonironixo on Twitter.

Past Days of our Lives Comings and Goings

Brock Kelly makes his way back to Days when Evan Frears/Christian Maddox reappears on February 19.

Cady McClain is out as Jennifer Horton February 17. She’ll be back March 1 for a few more scenes.

Jason Downs is out as Allan Rhodes, the man who was holding Ciara for Vincent. Find out how he leaves in the Days spoilers.

is out at DOOL when Dr. Laura Horton is killed off Tuesday, February 9.

George del Hoyo returns to Days of our Lives once again Monday, February 15. Find out his connection to Ciara’s storyline.

Remmington Hoffman is bringing DiMera board member Li Shin back to Days of our Lives this week when Shin learns that Chad had sex with an employee in Gwen. Hoffman was last seen April 22, 2020, when he named Chad CEO of DiMera Enterprises, against Gabi Hernandez (Camila Banus). What will this mean for Chad’s CEO spot? Camila Banus returns the week of January 18 just in time for us to find out if she’ll be named CEO, and what will happen once she finds out about Kate and Jake!

Victoria Konefal is returning as Ciara Brady beginning January 28. Not as a ghost, but (spoiler) she’s been kidnapped and is being held by Rhodes, who is played by Jason Downs, a newcomer to Days of our Lives. Downs portrayed Dutch Concierge on Bold and the Beautiful in 2014.

Stacy Haiduk will be pulling double duty on Days Tuesday, February 9 when Kristen DiMera summons Susan Banks to Statesville for a visit and a favor. Check the Days spoilers for details!

General Hospital’s Jon Lindstrom (Kevin Collins/Ryan Chamberlain) will be seen on Days of our Lives as a stand-in for Jack Deveraux (Matthew Ashford) in a scene where Jack and Jennifer are making out. Lindstrom is married to Cady McClain, who was cast in the role of Jennifer Deveraux when Missy Reeves vacated the role in 2020.

Monday, January 4 has Angelo Tiffe back on Days of our Lives as Angelo Vitali, Ava’s cousin, who was last seen in Salem in August of 2017. He’ll be in scenes with John Black (Drake Hogestyn) and Steve Johnson (Stephen Nichols). Angelo is instrumental in Charlie’s storyline when he makes a big reveal that has John and Steve closer to learning the truth about who really raped Allie Horton (Lindsay Arnold).

returns to Days of our Lives as Dr. Amanda Raynor. The former All My Children and Guiding Light actress will be seen first on Friday, January 8. She’ll first have scenes with Bonnie Lockhart (Judi Evans) when she does the unthinkable!

returns to Days of our Lives as Ivan Marais the week of January 11. He was last seen in July 2020 in scenes with Vivian Alamain (Louise Sorel) when he admitted that Jake was Vivian’s child, a twin to Stefan. Ivan is up to no good this time around as he does something for his Madam to make up for her losing her son.

Jaime Lyn Bauer is set to return to Days as Dr. Laura Horton and confirmed her return dates on Facebook.

Former All My Children star Linda Dano is taking over the role of Vivian Alamain on DOOL this time around when the character makes her way back to Salem.