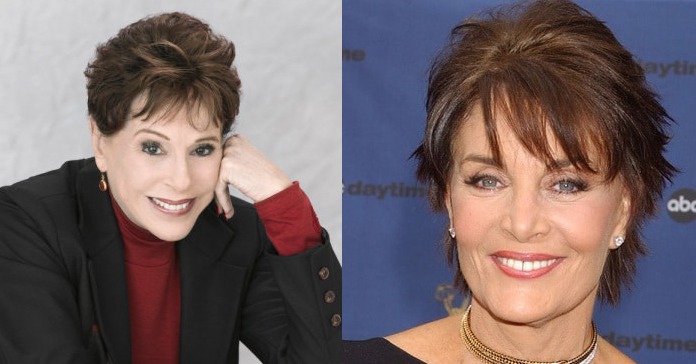 Robin Strasser, who is best known for her role as Dorian Lord on ABC’s now-defunct soap, One Life to Live, took to Twitter this morning to reveal big news about the role she vacated on Days of our Lives as Vivian Alamain in 15 episodes in 2019.< Strasser reveals Another World’s Linda Dano (Felicia Gallant) will take over the role of dastardly Vivian Alamain in 2021. She tweeted, “Beloved soap diva #LindaDano, who joined up with beloved #AlisonSweeney in 2018, will in 2021 be joining the cast of beloved long-running #DaysOfOurLives as the new Vivian,” wrote Dorian’s former portrayer. “Linda has timeless energy, pizzazz and marketing skills in addition to her acting sizzle.”

https://t.co/VjKSWf6ir1 BELOVED Soap Diva #LindaDano who joined up with beloved #AlisonSweeney in 2018 will in 2021 be joining the cast of beloved long running #DaysOfOurLives as the new VIVIAN.
Linda has timeless energy-pizzazz-& marketing skills in addition to her acting sizzle

Louise Sorel originated the role in 1992 and has been seen on canvas off and on over the years. Her last airdates on Days of our Lives were in May 2018 and again in June 2020. There is no word yet on why Sorel won’t be seen this time around, though it has been speculated that it may have something to do with the current global health crisis. Dano should be in the role as early as August 2021, if the show is still on the same 8 month ahead schedule. Incidentally, Linda Dano worked with Days co-star Alison Sweeney (Sami DiMera) on Hallmark Channel’s The Chronicle Mysteries. Sweeney portrays Alex McPherson, a novelist, and podcaster, who takes on a cold case. Check out Celebrity Page TV’s interview with the actress, who says, she plays “A matriarch of a winery. She’s trying to uncover who killed someone…”