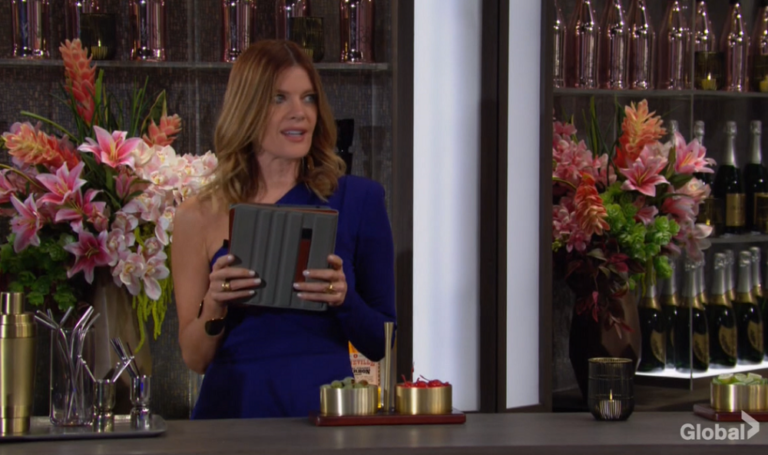 Soaps Spoilers is back with all-new Young and Restless spoilers for the week of March 29 to April 2.

Rey was hospitalized and learned fast that he was poisoned with thallium. He made a super-fast recovery and had Michael get a judge to give him the warrant to search Adam’s house, where he happened upon thallium. Meanwhile, Chelsea was giddy with excitement that her plan was unfolding so well for her but the hitch was that Adam’s no dummy. He was on to her and caught her moving in her chair when she wasn’t looking. Faith learned her secret admirer wasn’t Tommy Ross (The name seems to be an Easter egg for the old movie Carrie!) but was Jordan, who humiliated her on social media. Faith drowned her sorrow in a bottle of booze.

Y&R opinion and rant. Talking lack of drama, too fast pacing, and wanting to get that horrible Jordan!

Y&R Day Ahead Recap – Faith steals booze and a car and there’s a possible accident.

Victor makes a promise to Chelsea about Adam.
Chelsea is angry with Chloe about keeping what she was really doing from her.
Lauren and Michael have some romantic banter.
Nikki makes a shocking discovery. A bottle is missing.
Faith sobs over the bullies.
Nick is troubled by Faith’s behavior.
Sharon and Nick go after Faith.
Faith appears to get into an accident while reaching for her phone – and there’s alcohol in the truck she stole.

Faith was drunk driving.
Kyle comes clean about his affair with Tara.
Billy keeps a secret from Lily.
Phyllis has a change of heart.

Sharon covers for Adam.
Amanda wrestles with a dilemma.
Nikki is forced to make a confession.

Victor and Sharon don’t see eye to eye.
Lauren tries to uncover Phyllis’ agenda.
Summer stops Phyllis from hitting Sally.
Jack is shocked by Billy’s request and refuses to help him try to buy Ashland’s company.
Sharon visits Faith who can’t wait to go home.
Victoria has a suggestion for Lily and Billy.

Nick and Sharon are there for Faith.
Victor visits Faith, as does Nikki.
Nikki blames herself.
Devon and Nate put their issues aside to put up a united front for Moses.
Moses gets to meet Victor.
Elena’s forced to make a tough decision.