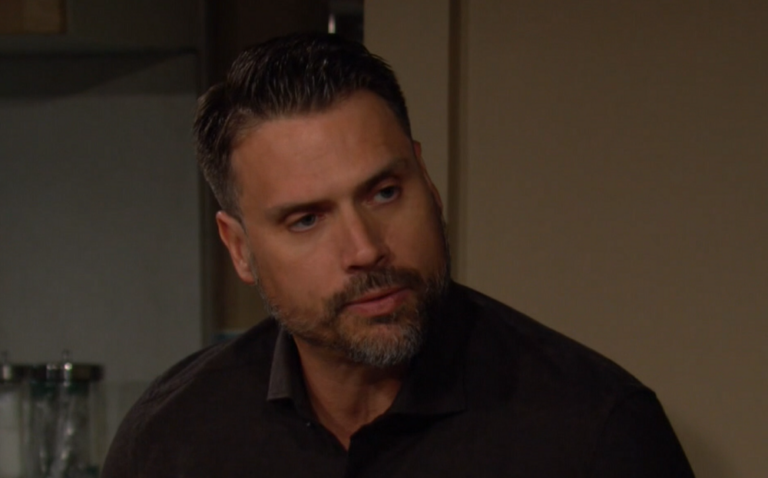 This is the Canadian “day ahead” Y&R episode from the Tuesday, March 30, 2021 episode, which airs in the USA Wednesday, March 31. On today’s day ahead, full episode recap of Young and the Restless, Faith’s family visits her, Adam contacts Sharon, and Amanda tells Devon about Naya’s request.

Nick visits Faith in the hospital and says she had a restful night and that Christian missed her at breakfast. He made her a card. She hasn’t regained consciousness yet but Nick continues to talk, wanting her to get better. He flashes to being with Sharon and Cassie in the hospital in the past and tells himself it’s not the same. Nikki strolls in as Nick’s reminiscing about Cassie dying. Nikki apologizes and blames herself for allowing Faith to be alone at the ranch. Nick doesn’t blame her. He blames himself. He wishes he’d listened to the alarm bells going off in his head. He tries unsuccessfully to drum up some tears. Later, Victor appears. He tells his son he understands his fear but not to go there.

Meredith goes to get Chelsea’s blanket at the condo while Chelsea reads online that the manhunt for Adam continues. She grins.

At home, Sharon updates Rey on Faith not regaining consciousness. Once she’s awake, they’ll assess her. Rey says if she likes, he’ll go with her to sit with Faith. Sharon just wants a nap. Rey takes off and Adam calls. Sharon’s mouth drops open. When she answers, Adam asks after Faith. He is the one who found her and drove her to Memorial. When he saw she was in good hands, he ducked out. Sharon says she’s unconscious still. She asks where he is. He can’t tell her that but he does tell her that he didn’t poison Rey. Adam was set up and asks for her help in clearing his name but she can’t come to his rescue this time. “I’m sorry,” she says and disconnects. Mariah arrives and Sharon sees Cassie as a kid and is momentarily shocked. Sharon tries to cover tears, but she can’t relax until Faith is okay. Mariah can tell her mother is exhausted. “Let me drive you.” Sharon yells she doesn’t want her to. Mariah can tell Cassie’s on her mind and that she’s a painful reminder. Sharon’s sorry. Mariah’s so wonderful but she’s terrified. Mariah knows.

At Society, Abby thanks Nina for all her help during the surrogacy implantation. Nina’s so happy for her and remembers Chance beaming on their wedding day. Abby admits she feels jumpy waiting to see if the implantation worked. Nina thinks she needs a collaboration. She invites her to work together to write a screenplay. Abby doesn’t think she’s creative enough. Nina just wants insight into a character that Nina’s basing on her. Nina’s under the impression that Abby’s lived a fabulous life. Abby laughs. “And now I’m about to have a baby. The end.” They discuss the role and who Abby would like to play her love interest. Mariah arrives and since the two don’t know the news about Faith, Mariah fills them in. She calls herself a walking, talking reminder of her sister’s death. Abby’s sorry and offers to help but Mariah will be fine once she hears Faith’s okay. “It’s a very stressful situation but it’s not going to cause my reproductive system to shut down.”

Amanda visits Devon at home. Moses is coming in today so he was getting his room ready. Amanda says she’s not there to discuss their relationship. “I don’t have the emotional bandwidth.” Instead, she tells him about Naya’s visit and that her father’s accident may have been a murder. Devon’s shocked when she says her grandfather may be the murderer, though Naha doubts that. “She wants me to take on her father’s defense.” Devon smirks. “The family that took out a restraining order on her wants her help.” She nods. Devon doesn’t trust them. Amanda says Naya’s calling it a new beginning. Devon asks what the evidence is against him. She doesn’t have a lot yet, but reading about the accident made her realize her father was younger than they are now when it happened. “It’s horribly sad and infuriating.” Her dad was trying to expose secrets in a bribery scheme in a company he worked for before he died. If her grandfather isn’t the culprit, who is? She admits she’s telling Devon this because Newman is the company her father worked for. Devon thinks that’s insane. Amanda is tempted to get involved. It might be her only chance. They’re concerned Naya’s manipulating her but Amanda says she’s trying to be careful. She’s not sure she can stand by and watch her father’s real killer go free.

Rey visits Chelsea to ask questions about Adam. He gets nowhere. He calls Chelsea sharp, which makes him wonder why she’d be with a man like Adam. He knows Chelsea’s dependence on him and finds it disgusting and selfish that he left her alone when she needed him. He leaves and Chelsea stretches.

Sharon returns to the hospital. Nick says there is no change. He asks after Rey. Sharon says she has no idea since he’s focused on finding Adam. Nick hopes he can get “that monster” out of their lives. Sharon doesn’t think he should hope that Adam poisoned Rey. Nick says Adam has betrayed them all over and over. When Nick asks who is better off because of Adam, she looks at Faith. Nick brings up the person who saved Faith. He wants to thank him. Sharon keeps quiet and prays for her kid to wake up and then suddenly — Faith opens her eyes. “Mom?” Sharon and Nick beam.

At the ranch, Victor asks Nikki to go for a ride. She declines and he calls Adam to leave a message that he’s there for him.