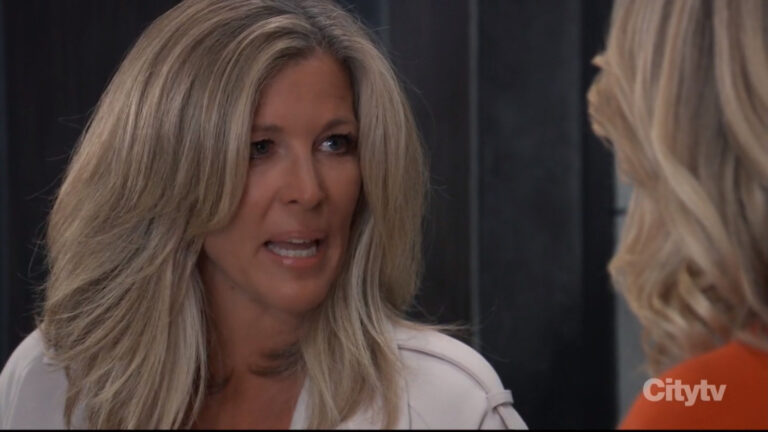 Ahead includes Carly lying to Sonny, Scott giving Cody a warning, Chase getting a surprise, and Valentin teaming up with Martin.

And catch what comes first in the General Hospital Spoilers for November 14-18.

In the weekly spoiler video, Holly tells Robert that someone has gotten to her, Britt loses it, and Diane has a bad feeling.

Sonny asks what’s going on between him and Carly.

Holly reveals everything to Robert.

Holly says Victor killed her sister and has her son.

Scott has a warning for Cody.

Dex shows himself to Sonny.

Holly pleads with Robert to keep quiet or Victor will kill Ethan.

Carly is thrown by Michael’s news.

Britt is angry with Cody and gives him the necklace.

Carly’s angry that Nina inserted herself into Willow and Michael’s life.

Nina opens up to Liesl.

Carly and Nina have it out.

Martin and Valentin have cake and discuss Lucy going missing.

Britt opens up to Liesl.

Linc gets what he wants.

Valentin and Martin team up.

ABC will air an encore of last year’s Thanksgiving episode.