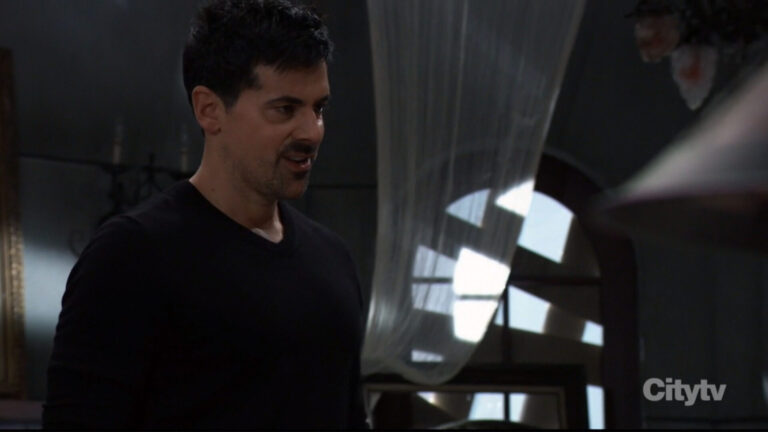 Who is returning, who is out at General Hospital 2022? Find out what’s coming up for your fave Port Charles residents this winter/spring.

GH fall and winter 2022 comings and goings include Liz’s parents.

Adam Huss is back on General Hospital starting November 14 as Nikolas Cassadine.

We last saw him on September 29th, once again taking over temporarily for Marcus Coloma.

Joshua Benard is back to GH as  PCU student Adam.

A reminder, this is Maurice Benard’s (Sonny) son in real life.

Rafael Cabrera will be portraying Gavin, who is an associate of Victor’s (Charles Shaughnessy).

Mike Peebler, if some are wondering, debuted as Agent Whitten, the official who took over the investigation into Anna’s (Finola Hughes) alleged shooting of Lucy (Lynn Herring).

William Moses and Denise Crosby are coming to General Hospital starting October 31 to portray Liz’s parents for a short time. Her exit happens the week of November 7. Details in the link.

Linda Purl exits General Hospital as her role as Peyton Honeycutt comes to an end when Carly (Laura Wright) returns to Port Charles.

The actress will debut October 28.

There is no word if she has left her B&B role, but we assume she will return as Pam at some point, though the actress is not on contract with the CBS soap.

Briana Lane will reprise her role as stand in for Amanda Setton’s Brook Lynn for one episode on Thursday, October 6.

She was last seen in 2020 during Setton’s maternity leave.

The actor posted an Instagram post showing a paper with the words, “GH Crew” on it. Whether that means he’s returning as Griffin or he’s working on sets remains to be seen.

Ellen Leyva, who is a real-life reporter for KABC in Los Angeles, portrays Tara, a reporter who interviews Carly (Laura Wright). Leyva will be seen on GH on October 5.

Cyrus Hobbi is back as Yuri once again as Terry’s potential new partner on Thursday, October 6.

Avery Pohl returns to GH once again as Esme, the week of October 3. She’s alive this time and on a mission.

Max Decker is back once again as Johann, the week of September 26.

Johnny Wactor is out as Brando Corbin on General Hospital.

Wactor has been on the show since January 30, 2020, as a recurring character, bumped up to contract status on September 3, 2020.

The character of Brando was attacked by the serial killer with a hook. He’ll exit the week of September 19.

Before Abinante joined the role, Ella Ramacierci was in the role as Scout, a role she’d been playing since 2019.

Look familiar? She was Pam’s mother Helene Beesly from The Office and portrayed Elizabeth Gaines in Homeland, and for those who watched Port Charles, she was Claire Wright, amongst other tv and film credits.

A bit of trivia, she is married to Patrick Duffy (Stephen Logan, Bold and Beautiful, Bobby Ewing, Dallas).

SoapsSpoilers confirmed that Robert Adamson would be portraying Michael Corinthos as a temporary recast of Chad Duel while he wasn’t available to tape.

Adamson started airing June 1. Chad Duel returned to his role as Michael, though it turns out that Adamson is back in the part on July 7. Duel will return and Adamson will once again be seen for two more episodes, one which will air the week of August 29.

Adamson’s well known for his role as Noah Newman on Young and the Restless.

Emma Samms is back as Holly!

Cynthia Zitter returns to General Hospital on Wednesday August 3 in scenes with Smoltz (David Lautman).  She hasn’t been seen since February.

Jamika Pessoa will make her debut and guest star on General Hospital as herself on August 5.

Nathayael Grey debuted last week on GH as Mason, who is Austin’s (Roger Howarth) cousin, who wants him back in Pautuck.

Lexi Ainsworth will be returning to General Hospital after several months away. She’s been taping since June and we’ll see Kristina back on our screens during the week of August 1, according to Soap Opera Digest. She’ll share scenes with Maurice Benard (Sonny).

Asante Jones out Real Andrews in

Once again, Asante Jones will fill in for Real Andrews the week of July 11 while the actor is out. He will be gone once the week is over. Real Andrews will  be back as Taggert.

Finn Carr debuts as Rocco Falconeri on General Hospital on Tuesday, July 5. The actor posted “First day on the new job!” on his Instagram page 7 weeks ago. Little did we know at the time, which role he would find himself in next. The actor has been seen in the past in Hot in Cleveland, Fuller House, Alexa & Katie, in addition to iCarly. 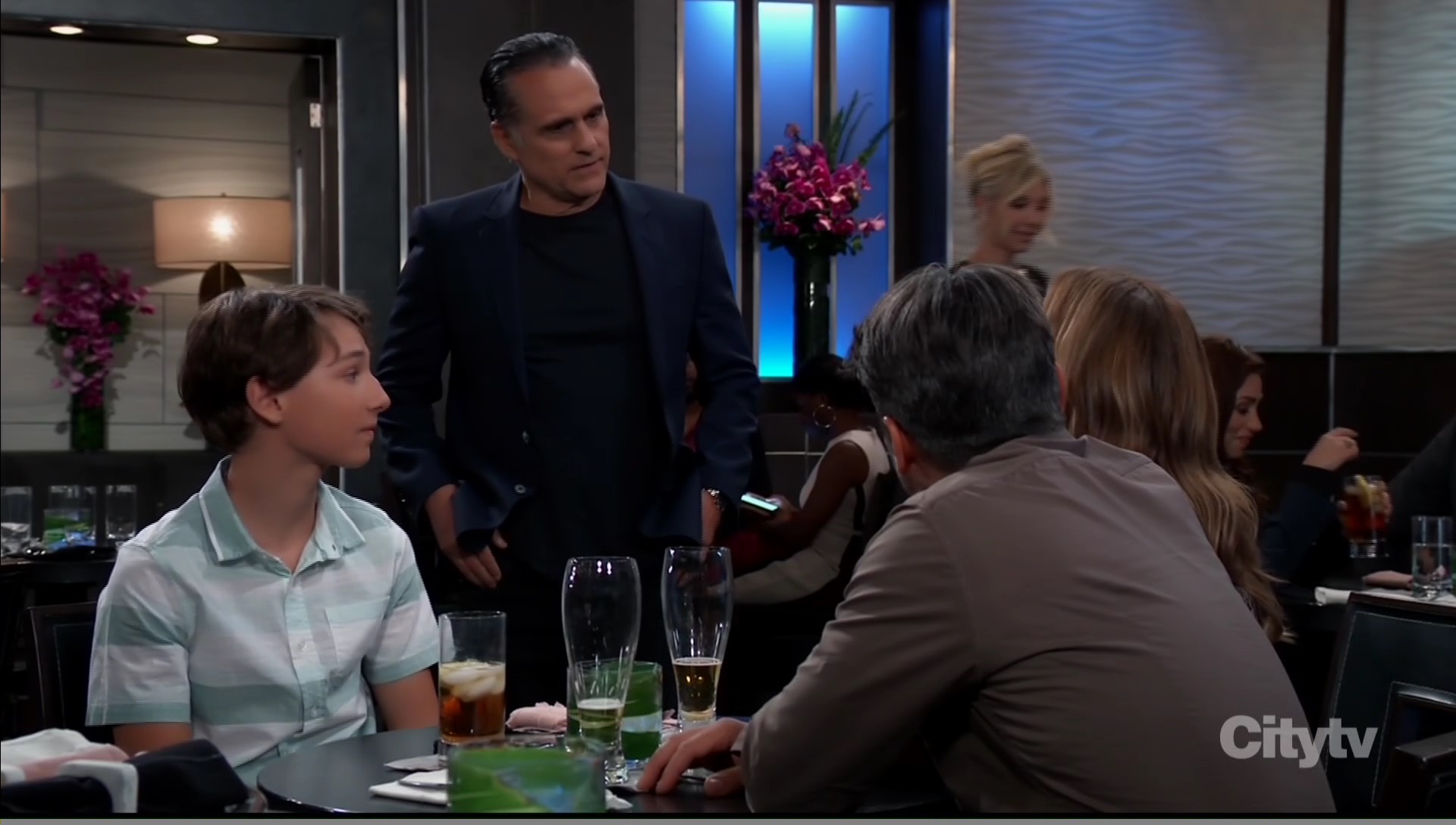 Morgan Fairchild will be guest starring on General Hospital coming up within the next few weeks. She’s already taped her scenes as Haven de Havilland, host of the Home & Heart show.

The actress tells Soap Opera Digest, “My character is very fun and over-the-top — my usual over-the-top thing! And a little bit mean, which I can play falling off a log gat this point in my life.”

The actress was most recently seen in soaps as Anjelica Deveraux on Days of our Lives back in 2017.

With numerous credits to her name, she may be best known for her role as Jennifer Pace on Search for Tomorrow in the 1970s.

She also portrayed Sydney Chase on The City, in addition to Jordan Roberts on Falcon Crest in the 80s. This isn’t the first time Fairchild has had a role on General Hospital. In fact, she brought back Sydney Chase for a short two day stint on GH in 1996.

Susan Batten appears on General Hospital as a home shopping star named Flora Gardens. Batten was once Luna Moody, no stranger to soaps. She was on One Life to Live during the 90s.

Jeff Kober is back as Cyrus Renault on June 22 when Laura (Genie Francis) visits him in prison again.

Brian Norris returns as Felty to General Hospital during the week of June 20.

Joshua Benard is back for another episode of GH on June 3. If you weren’t already aware, the actor is the son of Maurice Benard who plays Sonny.

The role of Brando Corbin has been temporarily recast for a few episodes with Brad Schmidt since Johnny Wactor is unavailable to tape. Schmidt will begin airing on June 7.

SoapsSpoilers will update when the show provides more information.

According to Soap Opera Digest, Chris Van Etten, who plays Chet Driscoll has left General Hospital once again. Chet’s story was cut short because Van Etten has moved out of California with his family.

The actress reported on Twitter that Nancy Lee Grahn will exit her role as Alexis Davis on GH for a short time while she recuperated from having back surgery. On April 28, only a few days after the news, the actress said she had returned to work. She will first air May 24.

“It was, I think, the longest I have been off of work since I’ve worked on daytime,” Grahn stated in an Instagram video. “What is also crazy is, when I was a young gal, I had a huge crush on Trapper John, M.D., and today, I had all my scenes with him and it was really fun.” Of course, she’s referring to co-star Gregory Harrison who plays Gregory Chase on General Hospital.

Stephanie Erb has been filling in during her time off since April 25. Erb is well known for her roles in True Blood, Ray Donovan, Criminal Minds, and Grey’s Anatomy.

My dear #GHers. All’s well sweet ones. Out for a bit. Stephanie is a champ. Be back soon. xoxo https://t.co/QEel4UfpUw

Grahn took to Twitter on May 18 to share more news that could affect her return to Port Charles. Grahn’s daughter tested positive for COVID.

“MY daughter was ONLY server @ top restaurant in LA to continue wearing mask when every other server & patron did not. She just hugged me & then tested positive 4 Covid.

So good on u inconvenienced Americans who don’t follow science. Good chance u’ll see my replacement soon on #gh”

MY daughter was ONLY server @ top restaurant in LA to continue wearing mask when every other server & patron did not. She just hugged me & then tested positive 4 Covid. So good on u inconvenienced Americans who don’t follow science. Good chance u’ll see my replacement soon on #gh

Hopefully the actress does not test positive. If that happens, she will be replaced once again, likely by Stephanie Erb.

Charles Shaughnessy will return as Victor Cassadine the week of May 23. He’s been missing since April and tweeted that he was already back at work taping. He will be first seen back on May 25 in scenes with Ava (Maura West).

Dan Buran returns to General Hospital on May 17 as Linc. He’ll be in scenes with Brook Lynn (Amanda Setton) and Chase (Josh Swickard).

Evan Hofer joined General Hospital and will first be seen May 6, 2022 as Dex, who gets a job from Sonny.

He’s been seen in Fox’s Lethal Weapon, Modern Family and Kickin It.