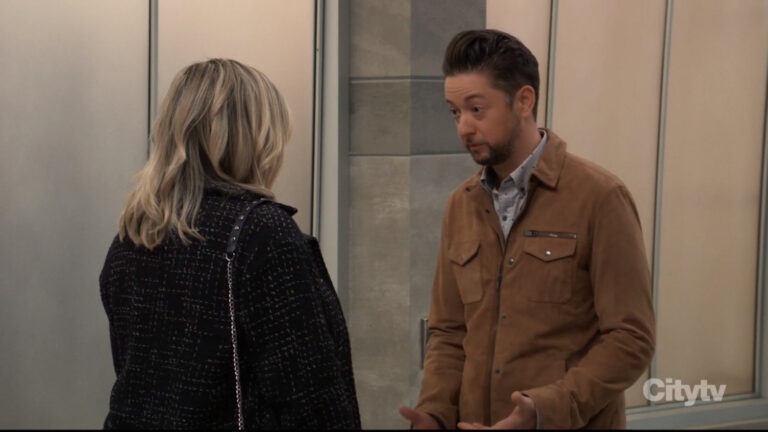 Ahead includes big news for Curtis, Drew has an idea to pitch, Carly gives Joss advice, and Robert puts Holly on the spot.

And catch what comes first in the General Hospital Spoilers for November 7-11.

With the clock ticking down, everyone is looking for Esme in the weekly spoiler video.

Carly seeks an explanation from Liz.

Portia is relieved that Curtis doesn’t have the gene to get a mental illness.

Nikolas has to think on his feet.

Wednesday’s GH recap – Esme gets pains in her abdomen

Willow and Drew talk about the future with children.

Nina rats Brick out to Sonny, saying that he was with Carly in his suite.

Nik turns to a friend for help. Liz.

Liz yells at Jeff for being a terrible parent.

Liz goes out on a limb.

Nikolas wants to ship Esme to the island in Greece.

Liz wants Nikolas to let her help Esme give birth when the time comes.

Laura calls it like she sees it. She thinks Holly’s working with Victor.

Gladys wants in on the poker.

Britt gets sicker and tells Brad a secret.

Robert puts Holly on the spot.

Holly wants to meet with Victor.

Mac opens up to Felicia.