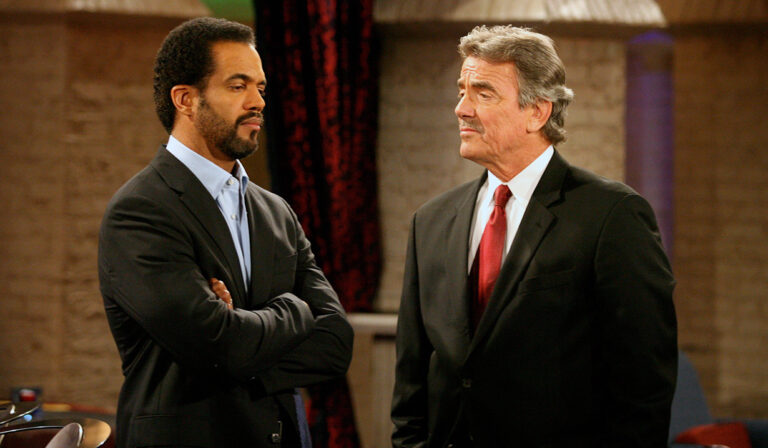 Soaps Spoilers is back with all-new Young and Restless spoilers for the week of May 24 – 28.

Kevin returned to viewers’ screens and didn’t like that Chloe was involved in one of Chelsea’s schemes, Chloe visited Chelsea and learned that her breakdown was all a rouse and that the facility she’s in knows it. Plus, Rey and Sharon got a new lease on their marriage, Victoria and Ashland flirted a little, and Ashland demanded his wife bring his son home. Meanwhile, Tara begged Kyle to claim paternity for her child, Tessa and Mariah shared a little romance, and Adam and Victor told Ashland they changed Cyaxares’ name to Newman media, while Lily and Billy found a condo they were interested in moving into.

Y&R Day Ahead Recap – Jack moves Tara and Harrison in

Victor agrees to help Amanda with information about her past.
Phyllis defends Summer.
Kyle comes clean with Jack.
Jack moves Tara and Harrison into his house.
Ashland and Phyllis tussle.
Amanda’s shocked to hear her father went searching for his child. He didn’t know he had two.

Y&R Day Ahead Recap – Chelsea loses her cool with Adam

Sharon credits Mariah for learning an important lesson.
Rey and Michael listen to Chelsea’s statement.
Amanda thinks Naya is lying about being in contact with Richard.
Chelsea keeps up appearances that she’s mentally ill.
Rey hasn’t given up on suspecting Chelsea may be faking.
Adam goes to Chelsea to ask to see Connor. The doctor sides with Adam, and Chelsea loses her cool.
Victor strategizes with Adam.

Y&R Day Ahead Recap – Mariah falls down and gets hurt

Summer stands her ground with Nick.
Abby makes a confession to Devon.
Ashland warns Jack about Tara.
Jack warns Ash.
Tara meets Nick and he’s not inviting.
Sally and Kyle have an argument with Sally.
Sally contacts her grandma.

Victoria finds common ground with Ashland. They discuss their kids.
Summer postpones her wedding and Kyle worries.
Tara tells Summer she may move to Genoa City.
Devon and Lily plan the memorial for Neil.
Sally learns where Tara’s staying and makes a deal with Ash to get rid of Summer and in exchange, she’ll reveal where his wife is.
Billy and Lily take a big step in their relationship. They move into the condo.

Neil’s family and friends gather to celebrate his memory. (Devon planned a memorial event to honor his dad, which is a self-guided tour through Genoa City. People who knew Neil were asked to contribute by honoring Neil at their venues. Devon sets up something to commemorate Neil’s love of jazz at Society. Sharon has a special drink in Neil’s honor, Sharon and Devon tell stories, Victor uses the lobby of Newman Towers to display Neil’s achievements working at the company. Moses and Lily make a collage, Nikki plays something on the piano, Jack and Victor honor their friend, Nate and Devon discuss Malcolm and Neil. )