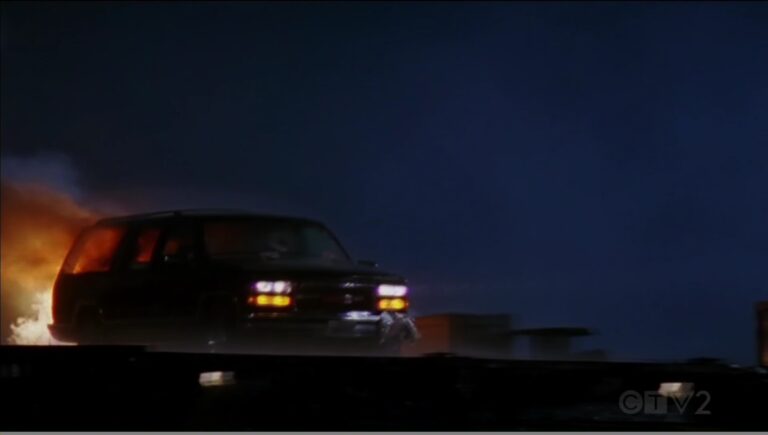 In the Monday, June 20, 2022, full episode recap of CBS’ Bold and the Beautiful, Sheila goes nuts on Li, and causes an accident that lands Li in the river. Meanwhile, Carter and Paris get engaged.

We also have Monday’s B&B recap where Hope and Liam learned that Sheila escaped. Tuesday’s episode was pre-empted.

At Li’s place, Li tries to make a call but Sheila catches her. Li lies that she was calling the pharmacy. Sheila doesn’t believe her and snaps and grabs her phone.

She crushes it beneath her feet and warns that Li made a big mistake. Li plays coy. “You thought I was calling the police?” Sheila heard her say that it was an emergency. Li says it’s dire. “It is dire. Extremely dire…for you,” Sheila barks. She kicks the remnants of the phone for effect and promises Li will pay for this. Li says Finn needs her. Sheila reminds Li she used to be a nurse. She can care for Finn herself. Li realizes her mistake and says he needs them both.

She argues that she doesn’t have to worry anymore. Sheila can help her bring their son back. “You’re lying,” Sheila whispers. She wanted to believe the doctor.

Sheila lunges for Li and starts choking her. Li begs her to stop, but Sheila refuses. Li breaks away and hits Sheila who goes down. Li tackles Sheila and they grapple for a while, hitting one another.

Li finally gets up, grabs her bag and rushes off. Sheila follows her outside, into the rain.

Li gets in her car and drives off before Mike Guthrie turns up. He’s glad to see Sheila and that they can pick up where they left off even after years have gone by.

Sheila’s focus is on Li’s retreating car and she grabs Mike’s keys and takes off after Li.

At home, Brooke is reading a book in front of a cozy fire with her ear buds in when Ridge arrives and scares the dickens out of her. He’s glad she locked the door with Sheila on the run.

She can’t take any chances. She asks why he’s there and he admits he’s just checking up on her. Brooke thanks him for looking out for her. Always, he tells her. They share a smile.

Ridge calls Baker for an update but gets nowhere and barks that it bothers him that Sheila’s out there. “Or who she’ll target next,” Brooke finishes.

Ridge says he will do “everything in my power” to protect Brooke. He goes.

At Eric and Quinn’s, Quinn and Wyatt talk about him and Flo returning yesterday. His mom didn’t send a multitude of texts. She tells her son she’s been working on her boundaries. He can see right through her and asks what’s really happening. She admits her worry for Carter.

He’s concerned at what this means but she assures Wyatt that they’re only friends. He’s about to make a life-changing mistake. It storms outside as Quinn admits she knows what happened between her and Carter was wrong, but it doesn’t negate what he meant to her.

She blurts it out that he’s not in love with Paris and wants to marry her. Wyatt’s shocked. “Carter’s still in love with you.” Quinn says it’s true and she can’t let him throw his life away because of her.

In the design office at Forrester, Carter asks Paris to be his wife. She’s still in shock and stares at the beautiful ring. She finally smiles and tells him her mind is blown.

He slides the ring on her finger and she says, “Wow.” She kisses him and they laugh, happily. Paris loves the ring. Carter flashes to putting it on Quinn’s ring.

He knew it was meant for the woman he was supposed to spend the rest of his life with. Carter looks anxious and tells Paris he wants to marry her right away. Her mind boggles.

Once Paris is gone, Quinn turns up and asks if he’s engaged yet. Carter says it’s done. He can’t live like this anymore. He loves her too much.

On the road, Li drives with the rain pouring down. She notices a car coming up behind her and screams. Meanwhile, Sheila mumbles to herself that Li better not call the police.

She’ll never be separated from her son again. She whispers, “Coming for you!” Sheila bumps Li’s car hard and Li screams. Her car is engulfed in flames and she is bumped right into the river. Sheila stops her car, gets out and grins at the scene.