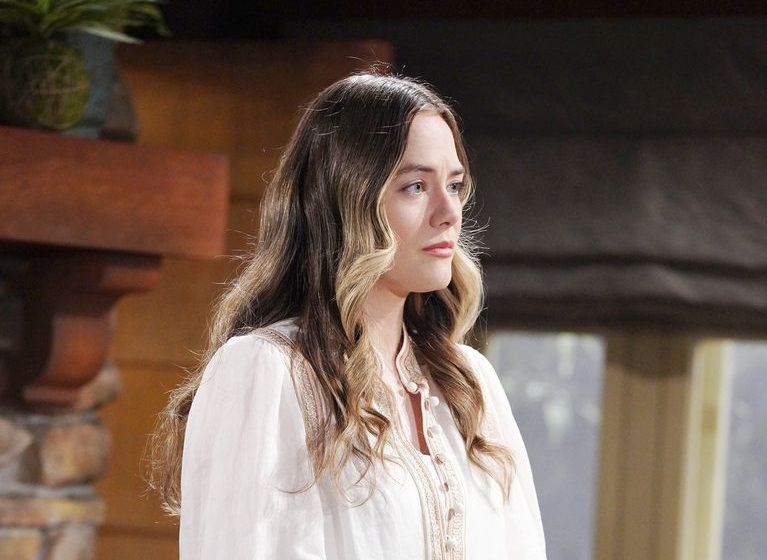 Soaps Spoilers is back with all-new Bold and the Beautiful for the week of June 14 – June 18.

Hope tried to wrap her brain around what Liam did as Brooke and  Ridge argued over whether this was hard on Liam since he’s the one who killed Vinny. Hope visited Liam in jail to reassure him and assure the kids are okay. Justin finally appeared to try to help with the case as Hope blamed Dollar Bill for everything. Carter once again proposed to Zoe who said yes, and Paris overheard Quinn and Shauna revealing that Quinn had sex with Carter, not Shauna. By the end of the week, Quinn and Eric shared a romantic moment with a few martinis and a necklace for her.

Quinn panics when Paris learns about her and Carter.
Liam stuns Thomas with a special request.

Carter and Quinn beg Paris to keep their secret from Zoe and Eric.
Thomas admits to Hope about the favor that Liam asked of him.

Ridge buffers the tension between Thomas and Brooke.
Bill lashes out at Justin and Wyatt for a job not well done.

Quinn is shocked by Carter’s suggestion that they come clean.
Thomas determines to be by Hope’s side as she navigates her future.

Coming up no dates!

Thomas is stunned after his confrontation with Liam.
Dollar Bill lashes out at Wyatt and at Justin.
Emotional Steffy visits Liam in jail.
Quinn’s shocked when Carter suggests they come clean about the affair.