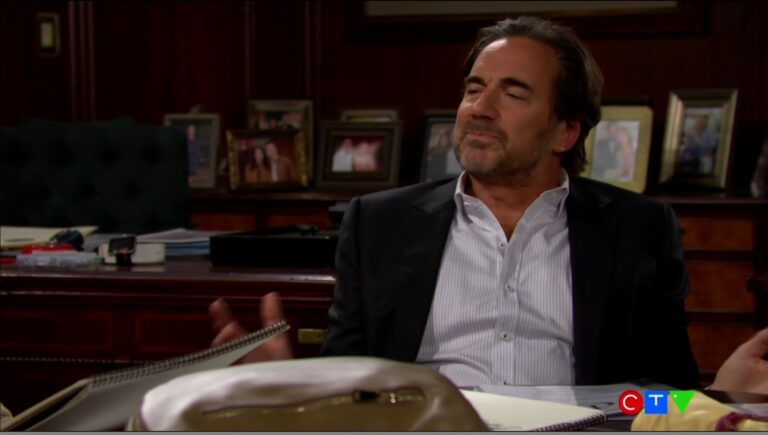 Head Writer, and Executive Producer Bradley Bell previews what’s coming up on Bold and the Beautiful this summer with Soap Opera Digest.

Summer’s on the way, and B&B viewers are promised one of the most entertaining summers filled with romance and mystery. The show is also filming throughout USA and Europe.

Steffy takes off with Hayes and Kelly to Europe to get therapy and try to escape her grief. What keeps Finn (Tanner Novlan) on the path to recovery is someday reuniting with his family. Meanwhile Jacqueline Macinnes Wood is on maternity leave.

Since the actress will be working, Bell says they’ve a “special, very romantic summer planned for Steffy and Finn.”

She learns she is not a murderer since Finn’s not dead, and wants to get her son healthy and to stay out of prison. She pulls out all of the tricks to stay free and close to family.

Jack (Ted King) reappears and he and Li (Naomi Matsuda) will be seen much more as Finn is recovering.

He also takes into consideration the feelings of his children, Thomas (Matthew Atkinson) and Steffy, because he loves them. He makes a decision about his future early in the summer.

All the single men

Deacon (Sean Kanan) will take a new path and come to realize what a good person he is. He’ll find love in his life this summer from an unexpected place. Also, Thomas is working on getting himself together and he’ll also find love this summer.

Maybe the kind that can help him be responsible, more mature and leave his “naughty ways behind him.”

The show is building to a Carter and Paris wedding, even though Carter has chemistry with Quinn and she still has feelings for him.

Meanwhile, Zende’s feelings for Paris linger. The wedding will be “beautiful” and “romantic” and Bell says, “It’s a tangled web but it’s going to be an entertaining story.”

As usual, Donna gets Eric’s heart racing, but now that he’s wearing Quinn’s ring that measures his heart rate, his wife begins to notice that each Wednesday afternoon, his heart begins to race.

That’s when Eric plays “pickle ball” with Donna. She wonders what’s going on and the viewers find out who ends up with Eric.

Liam and Hope are happy, after so much struggle and perseverance, though there’s always something around the corner.

There’s an interesting story coming to them that challenges them as a couple and no. It isn’t a love triangle this time. It’s “something very unique.”