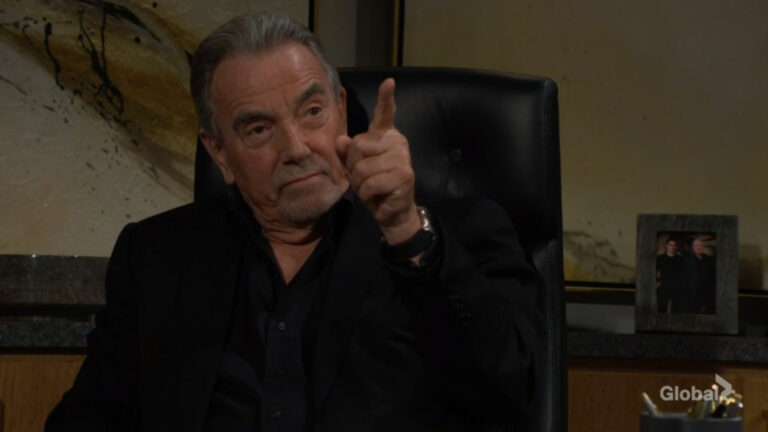 In this episode of CBS’ The Young and the Restless, Allie and Diane and Traci discuss what comes next for Allie, while Summer tries to get to the bottom of why Phyllis and Jack aren’t talking. Meanwhile, Amanda gives Phyllis tough love. In the previous episode, Jack Diane apologized to Allie, and Elena and Amanda discussed their men.

At Grand Phoenix, Summer begs her mother to tell her what’s going on between her and Jack. Phyllis looks around and tells her kid to keep it down.

Amanda appears and Phyllis says he’s working on a party. They’ll talk later. Amanda is concerned and Phyllis covers. She has to get to work to talk about this launch party.

She goes to sign some things and Summer takes off, unhappily. Amanda pressures Phyllis to talk. Everyone in the ballroom has a lot to keep them busy.

Phyllis admits she and Jack were getting along and Diane came to town and “goaded me into something that I shouldn’t have done. I engaged in PDA with Jack just to stick it to Diane.”

he relays the whole story and Jack walking in on her gloating. “It’s bad.” Amanda can see that. Phyllis says Diane gets to her and now her old habits are returning. It scares Phyllis.

She says Diane knows how to press her buttons. She didn’t want to hurt Jack. It felt good to stick it to Diane but Jack was hurt. Amanda urges her to talk to him and stop blaming Diane.

Start taking responsibility for her own actions. Own her mistake. “Fight.” Phyllis nods but then blames Diane for her reverting to her old ways. She hyperventilates and Amanda says she can’t help but backslide.

Change takes time. It’s a momentary slip. She asks if Phyllis will try to hold her relationship together and Phyllis looks like a deer caught in the headlights.

At the manse, Kyle asks what’s up with him and Phyllis. Jack says it’s none of his business. They had a minor disagreement. They’ll find their way through it.

Kyle notices that they’re no longer casual and that it wasn’t just a spat. “Are you back together?” Jack says they’re not together in any meaningful sense. Kyle presses.

Jack wants to talk about Marchetti. He thinks it’s the right move for them to buy them out. Kyle’s thrilled. Jack thinks it’ll be good for them.

Plus, he, Summer and Harrison will come home. The board needs to approve. Kyle thanks his dad. So much has changed. Jack’s happy the Abbott house is feeling like a home again. Thrilled, she jumps into his arms.

Jack dashes off once Summer turns up. She notices it was abrupt. They talk about how both Phyllis and Jack were acting weird. She wants to get into it but Kyle says they’ll stay out of it. He tells her the good news. Jabot is buying the company but the board just needs to okay it.

Traci finds Allie and Diane at Crimson Lights. She joins them. It’s a little awkward but Traci and Allie talk about how Traci’s a night owl and Allie’s an early riser.

They haven’t seen each other much but Allie has fallen in love with the place. She’s staying longer. Traci’s happy but surprised Diane’s staying, too.

Allie talks about how overwhelming it is to stay in a house filled with people but she likes it. She thinks Harrison is adorable, and Summer is welcoming. She’s grateful.

She doesn’t miss LA which only reminds her of her dad. She has her master’s and needs to think about the rest of her life. Diane laughs and calls it daunting.

Traci urges her to stay and take her time. Diane thinks Jack must be over the moon with the family all under the room. Traci says they’re all grateful to have Allie in their lives. Diane shrugs and eats a cookie.

Traci offers to get her a tour of Jabot lab. Allie’s thrilled. Noah appears and Allie introduces him to Diane.

They talk about how they’re all fans of the Grinning Soul. They disagree about what the content was. She talks about ambition while he says, “Following your bliss is the best way to success.”

Diane finds it interesting that they both got something different out of it. Allie and Noah banter and Traci kicks them out so she and Diane can chat. They discuss how Allie and Noah seem to be interested in each other.

She admits she apologized to Allie for her own agenda when they first met. Traci’s glad she didn’t pull any punches. Diane’s glad they have a connection. Traci laughs. She thinks Diane’s going over the top. But she can also tell she’s trying. “Keep it up!”

Outside, Noah and Allie talk about luxury of choosing happiness over a steady paycheck. She was raised to fight for her own career and that’s what she took from the podcast. She admits she hasn’t a goal and it’s freaking her out.

She’s drifting and rethinking what she should do. She’ll make some lists to figure it out. He’s the opposite.

He follows his instincts. He wonders if the message The Grinning is about wildly diverging paths to success and happiness and the mission is to choose the path that works for you. She denies it with a laugh. “You missed the point.”

At the office, Victoria and Nikki are back from their spa. Nikki asks pointedly if her daughter was able to get Ashland out of her system. Victoria suddenly feels jet lagged and doesn’t want to talk about Ashland.

She goes to sit, putting her cane down beside her. Nikki puts on the pressure. Did it work? Victoria admits she’s running from her messy and complicated feelings which confuse her.

She has to face the sadness, the pain and humiliation and learn to live with it. She doesn’t think her family trusts her. Nikki texts Victor that they’re at the office and she’s not sure the trip worked. Victor reads the text, then takes a call.

Ashland drinks alone at his suite at Grand Phoenix. He gets the door to a man who has an envelope for him. He reads it and downs his drink before picking up his jacket and taking off.

Ashland finds himself at Victor’s office. He knows Victor was behind the paper he received. Victor thinks the boy needs protection from him. Ashland calls it a farce. Victor says it’s a judge’s order.

If he violates it, he’ll end up in jail. He thinks maybe Locke should violate it. They’ll all enjoy seeing him behind bars. Ash tries to tell him he was changed by Victoria’s love. “Will you stop that sentimental crap?” Vic asks.

He yells that Ashland has no idea what remorse is. He’s desperate. Victor knows why he married his daughter and claims he knew all along. He screams to get the money he gave him and get the hell out of town.

He punctuates his sentence by smashing his hand on the desk. Ashland says his kid still has a bond with him. He warns that the more Victor tries to push her away from him, the more he risks alienating her. Vic says the man is pressing his luck. He kicks him out.

Victor meets Victoria and Nikki in her office. Nikki hugs his wife. “My baby.” Victoria walks in and hugs her dad. She says she had a flare up which is why she’s using the cane, still. He tells them he just saw Ashland.

Back at his suite, Ashland recalls Victor telling him to take the money and run. He goes to pack.

Sharon squeals as she sees Mariah and Tessa arrive from their honeymoon. They embrace.

In his suite, Ashland sits with Victoria, both in their robes. She wants to get away with him. This time, she doesn’t want to just fantasize about it. She wants to do it. He’s happy about this.

Phyllis is surprised. “You’re done. After all of this. This is the end?”
Jack tells her, Yeah, this is the end. Goodbye.”