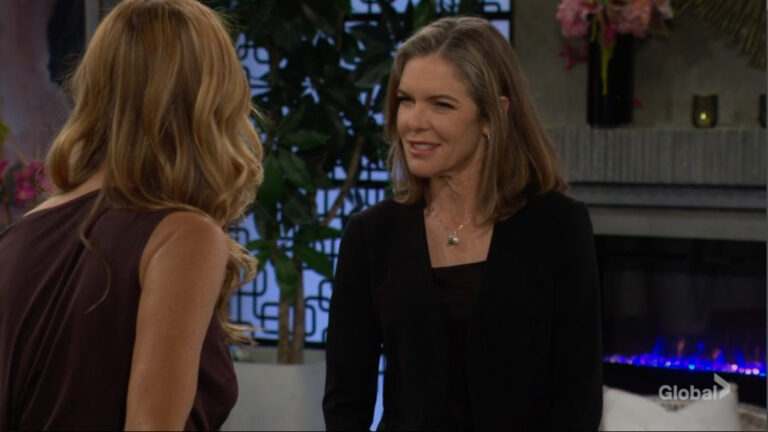 Head Writer, and Co-Executive Producer Josh Griffith previews what’s coming up on Young and the Restless this summer with Soap Opera Digest.

Summer’s on the way, and Y&R viewers are promised family drama, romantic challenges and a return of one of the show’s vets.

Victoria will threaten to cut ties with family and start a new life with Ashland, while Nikki and Nick try reasoning with her. Victor works double time to minimize how much time Ashland spends in his daughter’s life.

He turns to Michael to “revisit his  mischievous side.” Of course, Lauren has something to say about that!

Adam and Sally eye the family drama and use it to their advantage to “emerge as a true power couple,” something Victor has mixed thoughts about.

Diane sees what’s going on between Jack and Phyllis and pulls out all the stops to disrupt their romantic reunion, while she keeps “the perfect game face” with Jack and Kyle.Meanwhile, Phyllis and Nikki form an alliance to get rid of Diane.

In the midst of the chaos, Kyle and Summer’s marriage is tested. Kyle, meanwhile, tries his best to protect Harrison from the fallout, which leads him to make a “shocking decision.”

They honeymoon is over

Mariah and Tessa face an unexpected challenge as a couple.

The merger is the talk of Genoa City. Siblings Devon and Lily host the big splashy launch party which brings Jill Abbott (Jess Walton) back to GC.

The merger continues to lead Billy to examine his new role in the venture, while Lily takes on the leadership.

Nate’s will be busy keeping his relationship up with Elena while he fights of Imani’s advances and Amanda learns “shocking news” that derails her newfound happiness.

The far-reaching effects of Rey’s death continue and Sharon struggles with her life without her husband, while Chelsea manages her true feelings for Rey.

Meanwhile, Chance is determined to make Rey proud and steps things up as a cop, while Abby worries about her husband’s focus that could take him away from her and Dominic.