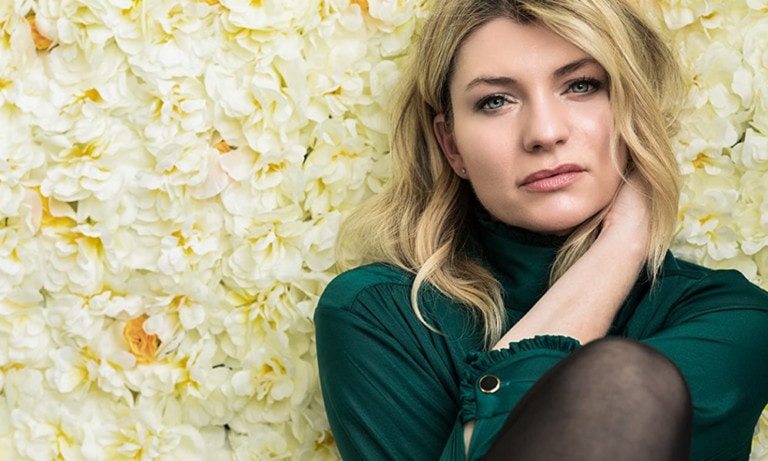 We have a lot of really intense staredowns, which has been fun!

Tara and Ashland Locke exploded on the scene in a new storyline on Young and the Restless, with the Locke’s arriving in Genoa City to oversee the bidding war between Adam and Victor, Billy and Lily, and Victoria, for the acquisition of Cyaxares Media.

Elizabeth Leiner spoke with Soap Central about her role as Tara, telling them, “It has been a blast. It’s a dream,” about her role. About those who she’s been working with, the actress stated, “Everyone has been incredibly welcoming and supportive, so it’s been a great experience.”

Getting to know her character, readers may be surprised to note that Leiner watched “The Devil Wears Prada” for inspiration. “[I] kind of observed how Miranda (Meryl Streep) entered a room and how she left an elevator or talked on the phone, that kind of thing to help me step into the role.” The actress went on to say she loved “Tara’s strength and complexity. I mean, she made this decision to marry for status, money, and power, and the more I play her, the more I realize that she has zero regrets regarding that decision. She is quite happy and satisfied with the life she chose, and she is fiercely protective of it…”

Soaps Spoilers recently got to know Richard Burgi, who portrays Ashland, a little in our Things to Know about the actor who is no stranger to soaps, and who had those unforgettable lines on Seinfeld in an episode from the 90s.

For more about Leiner’s scenes with Hunter King (Summer Newman), and those staredown scenes, read the rest of the interview. Check out our Y&R Day Ahead daily recaps and join in the conversation with a comment or two and feel free to like and follow Soaps Spoilers on Facebook and Twitter.