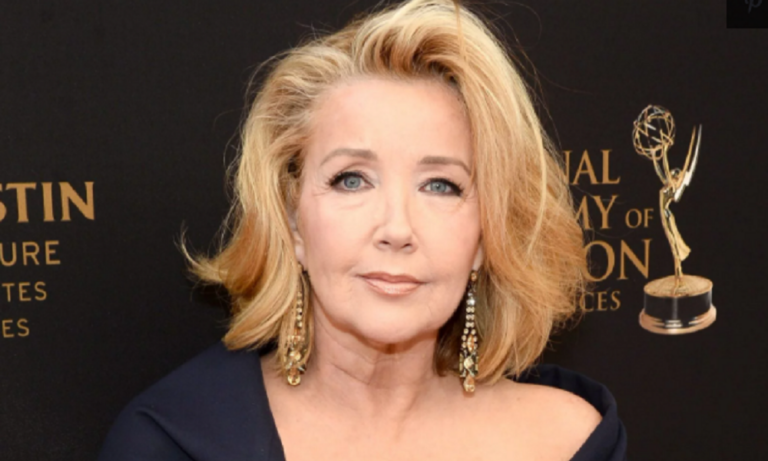 From being held hostage, to ad-libbing a funny line, the star of Y&R has a lot to say about her iconic role.

A child actress, Melody Thomas Scott’s first foray into acting was as Young Marnie in Alfred Hitchcock’s Marnie. Her next big role and the role we’ve grown to associate the actress with is Young and the Restless’ Nikki Newman. She took over the role from Erica Hope in 1979 and reminisced her first day on set at CBS, telling Soap Opera Digest that “the process happened very quickly.” For those who don’t know, the show was 30 minutes long back then. “So we shot as if it was live, but on tape. I have such fond memories of those times and of forming relationships with some of the cast and crew that have lasted a lifetime.”

Thomas Scott says she’s fond of “but the continuing epic story of Victor/Nikki. Their initial courtship was so lush and romantic.”  She told the magazine, “How fortunate I am to be part of one of the most popular and enduring pairings of not just Y&R but all of daytime. It is indeed a blessing.”

The actress enjoyed the “Crazy Edward, where I eventually discovered the shrine he had for his dead mother on his fireplace mantel! ” And also wanted to mention Nikki’s alcoholism. “I’ve always appreciated the complicated layers that Nikki’s drinking gave her. As well as her loved ones.”

This was a tough one for the Y&R star and she recalled a scene she ad-libbed. A line that they kept. “Peter Bergman (Jack Abbott). He had a line that indicated that he was miffed about a business competitor’s success and instead of saying the line that was scripted, I said, ‘Careful, Jack. Your schadenfreude is showing.’ There were a few moments of absolute silence on the soundstage, finally broken by our dear friend, the late boom operator Luis Godinez, who said into his mic to the control booth, ‘What? What did she say?!’”

With so many to choose from, she admitted, “I guess I’m an adrenaline junkie!” She said, “I seem to like very dramatic, high-stakes scenes. Being kidnapped, held hostage, being stalked, etc.

She enjoys the Nikki and Sharon rivalry. “Our fight scenes are always so much fun to shoot! I particularly enjoyed our fight in the Newman stables, where our director, Mike Denney, pretty much let us do whatever we wanted! And who could have guessed that when Sharon talked Nikki into accompanying her down into the Genoa City sewers.” There were live rats down there.

Check out the rest of the interview from SOD for more of her most beloved times on the show, and feel free to read Soaps Spoilers’ Y&R Day Ahead recaps which are posted around 5:30 – 5:45 PM EST daily!