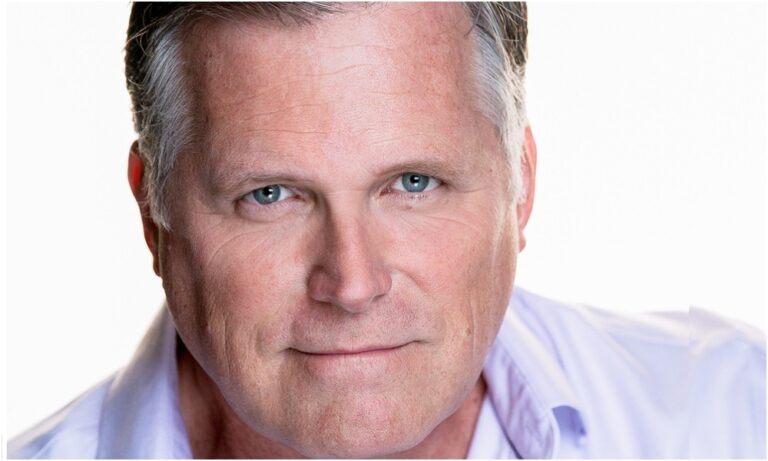 Audiences were startled when it was announced that popular actor Richard Burgi would be leaving Genoa City and the role of Ashland Locke behind.

He joined the cast of Y&R last year as the mysterious media mogul who quickly caused ripples through the canvas, upsetting the Newman empire, and capturing the heart of Victoria.

Fans of the character and what he promises for future plots could breathe a sigh of relief when a familiar face was tapped to replace Burgi in the role. Former Guiding Light star Robert Newman was hired to take on the part of Locke.

On his official Facebook page, the actor thanked everyone for their messages of support following the announcement. He added “I couldn’t be more pleased. I’ve had great respect for the show and its wonderful cast for many, many years. I’m happy to be a part of it.”

The actor explained that he has been talking to Young and the Restless showrunners and is “very excited by the scripts I’m getting so far. I’m scared to death, of course, but I think that’s healthy.”

On February 2, he returned to post a photo of himself as Locke and told fans, “Many of you have asked when I will begin to air as Ashland Locke on Y&R. I promised the PR department that I would not jump their announcement, which they made earlier today. So… Next Wednesday, February 9th, is the day. Below is a set photo with the wonderful Amelia Heinle. Be gentle….”

Newman became a familiar face to soap fans when he was one-half of one of the major supercouples of the 1980s, Josh Lewis and Reva Shayne on Guiding Light.

Playing the usually affable if deeply flawed son of a wealthy oil family, the series stretched the character in often surprising directions, including extended family squabbling, time-travel, and even some cloning.

But in the end, it always came back to the one thing that unified his character, his love for Reva (even if he loved her sister and several other women as well).

Born into a family of seven children in 1958 in Los Angeles, Newman attended California State University at Northridge where he earned a Bachelor of Arts degree in theater.

In addition to his role on Guiding Light, Newman has been no stranger to soap operas.

During one of his breaks from playing Josh, he was the recast for the role of Kirk Cranston, the vicious blackmailer and attempted murderer, on Santa Barbara.

Most recently, he appeared on Venice the Series as Richard.

Although best-known for the 28 years that he spent playing Josh, the veteran daytime actor has also had his share of roles on primetime, including parts on House of Cards, Chicago Fire, Homeland, Criminal Minds, and NCIS.

The actor has also lent his vocal talents to videogames, appearing in Red Dead Redemption II.

The role of Josh earned Newman two Daytime Emmy Award nominations (2002 and 2006), in the category of Outstanding Lead Actor in a Drama Series category.

When he isn’t appearing on TV, the actor has kept himself very busy.

He has an impressive resume of roles off-Broadway and in regional theatre, performing in musicals, comedies, and dramas.

In particular, he has a long association with the Barn Theatre in Augusta, Michigan, where he has been reunited with Kim Zimmer for productions of classics like Who’s Afraid of Virginia Woolf and The Lion In Winter.

Newman has two children and is married to actress Britt Helfer, who played Lily Slater on Loving.