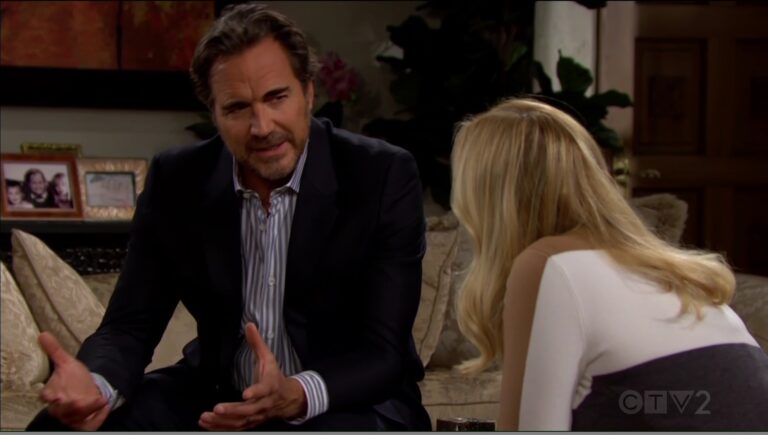 In the Wednesday, December 1, 2021, full episode recap of CBS’ Bold and the Beautiful, Steffy, Liam, and Ridge all vent about the situation with Deacon, Ridge confronts Brooke about her feelings, and Carter does some soul searching. We also have Tuesday’s B&B recap where Ridge threw Brooke’s past transgressions in her face while Liam disappointed Hope.

In the office at Forrester Creations, Ridge tells Steffy and Liam that all he wants to do is protect his family from Deacon. Steffy and Liam feel the same way. Liam doesn’t understand how Hope is falling for this. Ridge is worried that whatever Deacon is planning is going to include Brooke.

They all agree that Hope is completely unreasonable. Steffy suspects she’s trying to re-create the happy family she never actually had with her parents. Ridge refuses to believe that Brooke would ever go for something like that. However, Steffy is sure that Brooke and Deacon have had some sort of re-connection and he should be concerned.

Normally, Steffy would let Hope and Brooke fall on their faces but there are children involved. She lectures the men on their wives self-righteous streak and worries about how much damage Deacon has to do to make it obvious that he’s dangerous.

At Hope’s, she and Brooke tell Deacon that Ridge has gone too far. Hope doesn’t care if no one else believes her father has changed, she does. Deacon promises he won’t let her down again. Brooke smiles at them both and Deacon nods his head.

Hope knows she’s asking a lot from her mom, but she’s always been grateful for her faith. She only wants her to do the same for Deacon. Her mother says giving him a second chance isn’t so easy, but she will see what she can do for her sake. “I’m trying,” Deacon says. He’s taking all the soul-destroying that dealing with Liam and Ridge cause but he’s sure it’s worth it. 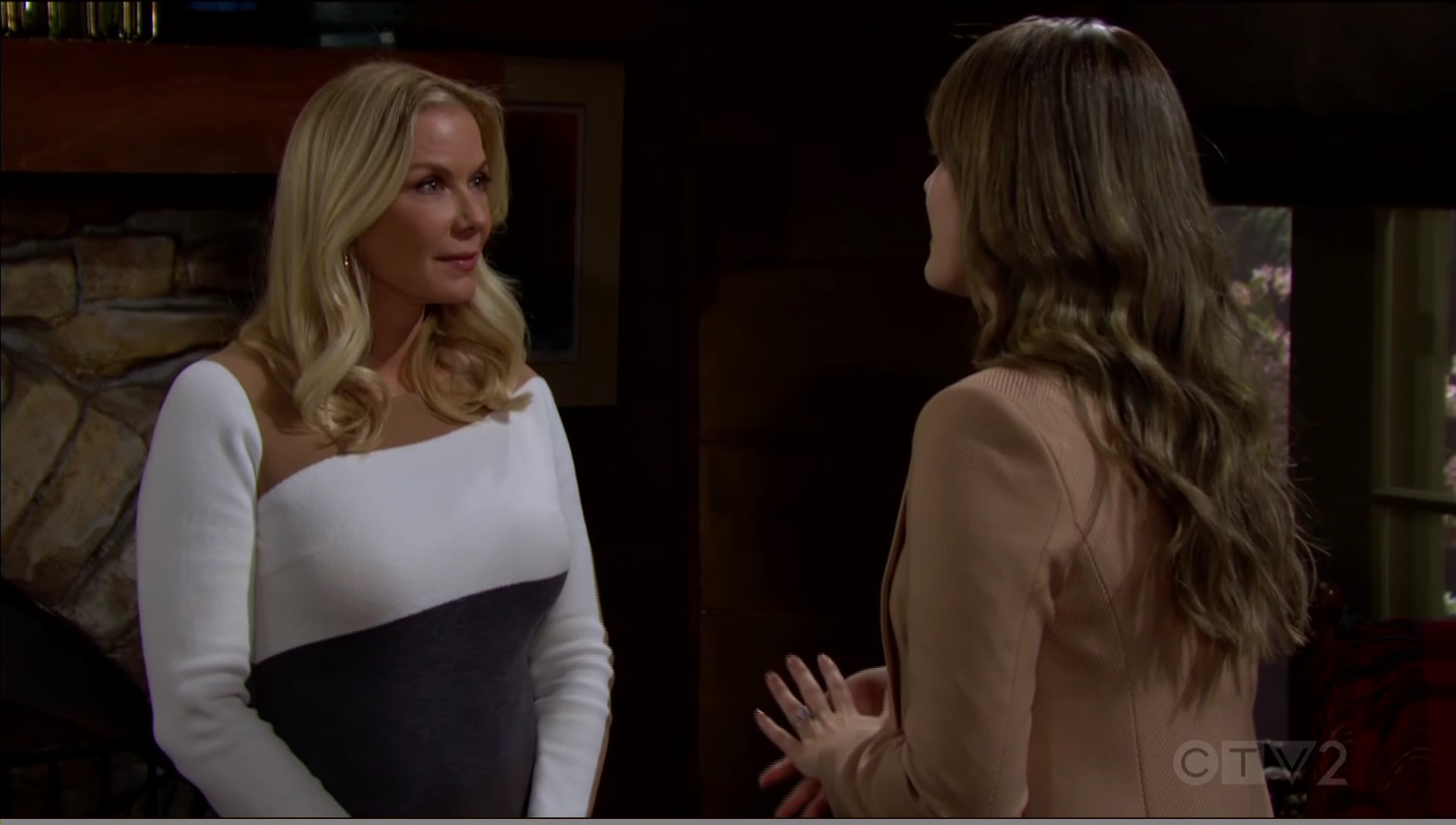 Deacon explains how moved he was by Hope’s letter about losing her child. He apologizes for not being there for her. She hugs him. He knows that being back is painful for Brooke, but they also made Hope together. “We will always be family,” says Hope.

Katie is with Carter in his office going over details for the new line. He asks her to lunch as Paris walks in. Katie gets a text from Bill and takes off, telling Paris she looks cute on the way. Paris comments that Carter seems a bit weird and guesses he cares about Katie. “What are you implying?” he asks.

She changes the topic so they can talk about running some numbers. This accidentally means her calling him a nerd. He’s not offended. She asks him to lunch but he’s got plans. He offers to meet later and compliments her on how special she is.

Katie returns and apologizes. She has to cancel lunch because Bill has scheduled a call with Will. Carter understands that she needs to spend time with her son. 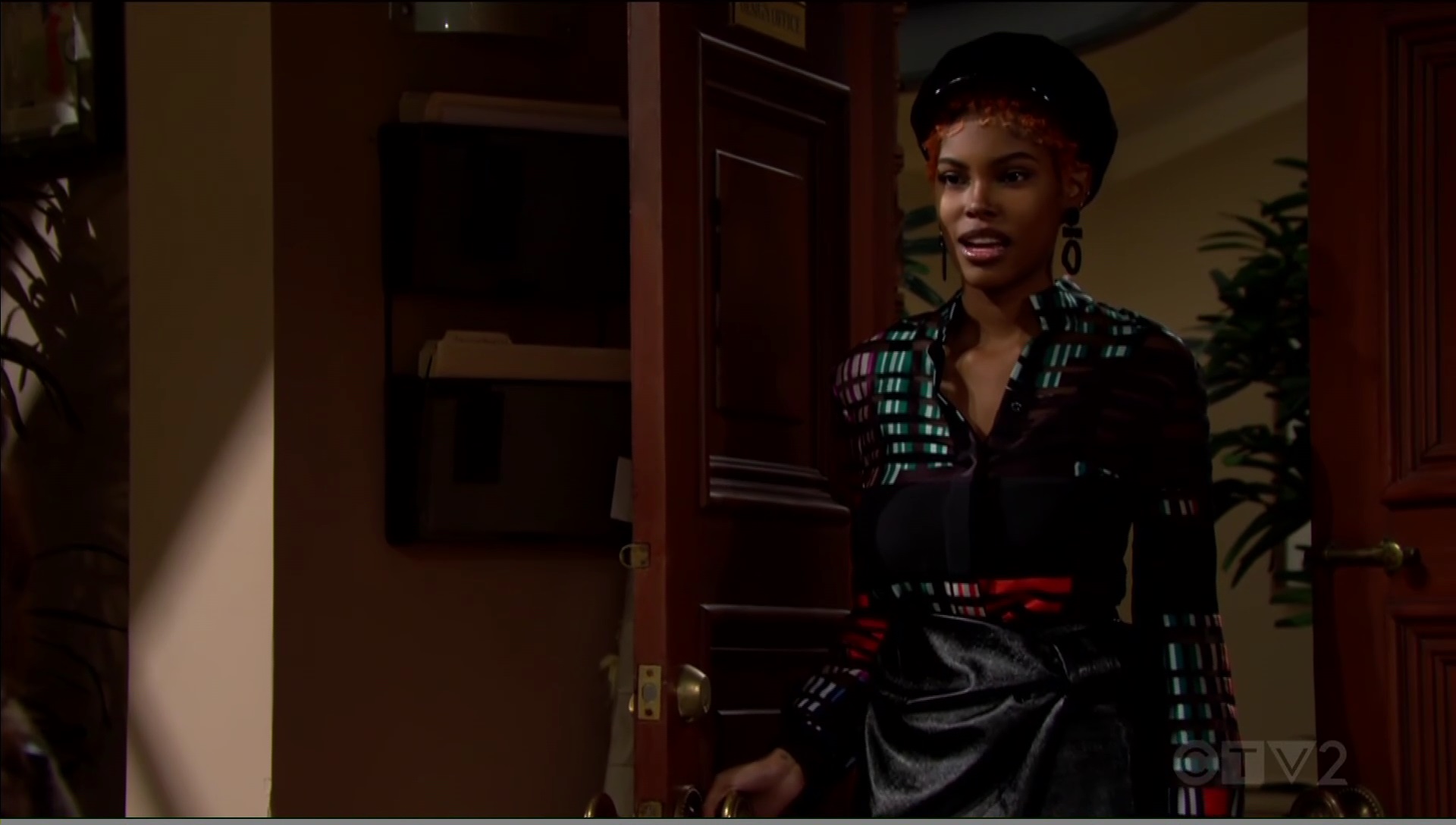 Returning, Paris is surprised to see him still there and sees he’s upset. With some prodding, he admits he’s been reflecting on his choices with women and why he’s been a perpetual bachelor. Every woman he has moved on has been involved with another man. “You have a big heart,” she says, adding that it’s his super power. He likes rescuing people and she will always be there to talk. Carter asks her to lunch.

When Liam gets home, he and Hope talk about appointments for the kids. He can’t handle all the small talk and apologizes. It upset her when she walked in on him talking to Steffy about Deacon. They argue about her father. She knows that her husband loves her but she needs him to stand by her as she welcomes her father back.

At home, Brooke and Ridge discuss how much they hate arguing. She’s tired of talking about Deacon. Hope is clear about what she feels. Ridge thinks she’s misguided, but he’s more concerned about how Brooke feels about him.

She assures him that she’s not that easily manipulated. Having Deacon around is Hope’s decision. Her husband is worried she still has a soft spot for her ex. Brooke accuses him of just wanting things his own way. “Do you still have feelings for this man?” he demands.