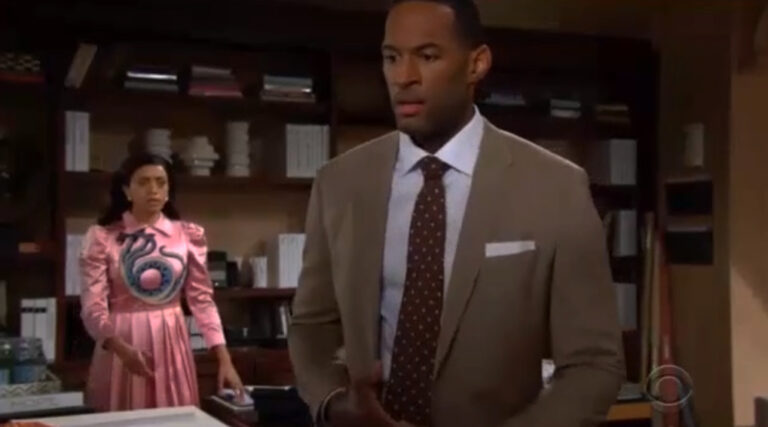 Soaps Spoilers is back with all-new Bold and the Beautiful spoilers for the week of May 10 – 14.

Hope admired Thomas’ new designs, and said she wasn’t sure if or when she’ll be able to forgive him, Zoe told Carter she loved him and wants a future with him, Bill was proud his son turned up at work, but it was obvious that Liam’s still stressed. Quinn revealed to Shauna that she slept with Carter. Deputy Baker grilled Thomas. Hope started to worry more about Liam when he had a panic attack watching Vinny’s memorial video. And Carter and Quinn had sex again. Quinn started to feel awful for betraying her marriage and Eric. and then had more sex with Carter, while Zoe wondered what was going on with Carter. At the end of the week, Eric walked in on Shauna and Quinn talking about her night with Carter.

Brooke and Ridge issue Zoe a warning about Quinn.
Quinn and Carter struggle to do the right thing.

Zoe’s plan to surprise Carter backfires in a shocking way.

Zoe is heartbroken to learn that Carter has moved on.
Shauna makes a bold move to protect Quinn.

Eric makes a final decision about his marriage.
Zoe demands answers from Carter about the new woman in his life.

Shauna urges Quinn to use the current situation to her advantage.
Carter and Quinn make a pact about the secret they share.