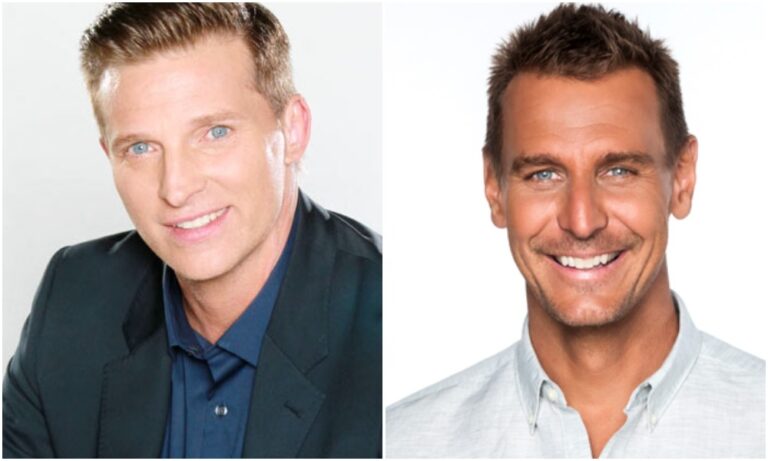 Who is returning, who is out at General Hospital? Find out what’s coming up for your fave Port Charles residents this fall.

Revisit GH’s summer and fall comings & goings, and take a look at what’s coming up in Port Charles in the latest General Hospital spoilers. SoapsSpoilers is also going to begin recapping the show starting Monday, November 26. Readers can expect the GH recap to go live at 3:00 PM EST, daily.

We tease the comings for Genie Francis, Michael E. Knight, Kristina Wagner, and Lexi Ainsworth in the winter comings and goings for GH.

Brady Bauer will be taking over the role of Rocco Falconeri on General Hospital starting on November 24. He shared scenes with Sam and Dante. Bauer created a post on Instagram stating, “Tune in tomorrow for the first (of many) episodes @generalhospitalabc Thank you @a3artistsagency & @discovermgmt for believing in me! Love this job, these people, what an amazing opportunity!! #sograteful”

John J. York returns as Mac Scorpio to Port Charles to deliver tough news to a colleague. He’ll be back the week of November 29.

Steve Burton is officially out at GH as Jason Morgan as SoapsSpoilers mentioned a few weeks ago. His last airdate was November 19, after Jason was presumed dead in the cave in in Greece. The actor confirmed he elected to leave the show because he refused to be vaccinated. “I did apply for my religious and medical exemptions and both of those were denied,” he says. He goes on to say, “It hurts but this is also about personal freedom to me. I don’t think anybody should lose their livelihoods over this but with that being said, you know me, I’ll always be grateful for my time at General Hospital.” Watch the rest of the video below, which is from the actor’s Instagram page.

Social media has been going wild this past week, discussing who is leaving the show due to GH’s new vaccination mandate, and finally, confirmation has come in. Ingo Rademacher is definitely exiting General Hospital as Jasper “Jax” Jacks. His last airdate is November 22. The actor did not approve of GH’s vaccination mandate and refused to be vaccinated. His social media pages reflected those ideals. The actor stated, “I will stand with you to fight for medical freedom,” on his Instagram page, and in an Instagram Story, wrote, “If we don’t send a strong message to the Biden Administration to reverse course immediately where do you think this ends guys? With Booster No. 25? Nope. Vaccine passports and more segregation is on its way right now. Wakey Wakey.” This morning, the actor also posted an Instagram Story from Governor DeSantis, stating that he didn’t feel people should be losing their jobs over their vaccination status.

For those keeping track, there is also word that Steve Burton may be out as Jason Morgan. Currently, SoapsSpoilers has not heard back from our contacts to confirm.

Fellow co-star Nancy Lee Grahn posted on Twitter to confirm. “The fellow actor, #IngoRademacher, is mercifully no longer a part of the #gh cast. Transphobia & misgendering are disgusting & should be unacceptable in any industry, including soaps/acting. I stand with my costar, @cassandrajames, & the trans community.”

The fellow actor, #IngoRademacher, is mercifully no longer a part of the #gh cast. Transphobia & misgendering are disgusting & should be unacceptable in any industry, including soaps/acting. I stand with my costar, @cassandrajames_, & the trans community. https://t.co/pjj6FzEncg

Joel Sartore, the real-life environmental photographer appears on General Hospital in an upcoming episode, according to TVInsider.

Artie O’Daly returns this week of November 8 to General Hospital as Kip.

General Hospital’s own Director, Phideaux Xavier will be seen as a singer at The Savoy on GH on November 11. The director is also well known for directing soaps such as Sunset Beach, Passions, and Young and the Restless.

Lydia Look checked back into General Hospital as Ms. Nina Wu and will be seen in scenes with Sonny Corinthos this month.

ABC’s General Hospital brought in Steve Sobel to play the part of Nicky, who makes his debut Wednesday, November 3. The actor, writer and producer has worked on The Titan Games, Sad Dad Brad, and he’s also appeared on Season 3 of HBO’s Westworld.