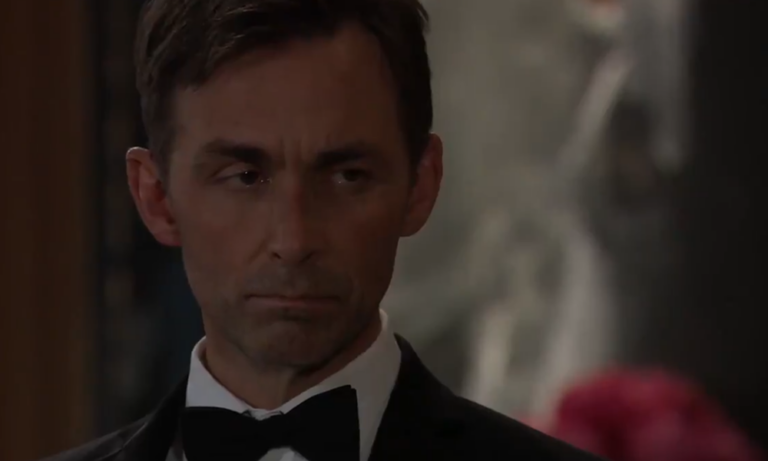 Soaps Spoilers is helping you catch up with what happened on General Hospital last week before you get those delicious GH spoilers for March 1-5. First, Britt convinced Jason to help her hand out Valentines to sick kids, Cam had shaved his hair to support Franco, while Liz consulted Finn about Franco’s latest brain scans and admitted she was angry at herself for being made at Franco for becoming sick. Ava pays Ryan a visit and asks if he paid someone to get the cockroach sent to her. She squashed it in front of him, reminding her he should be afraid of her. Nina apologizes for having a meltdown in the cemetery, while Robert admitted to Olivia that he hasn’t made peace with Maxie’s choice of husband. Meanwhile, Finn and Anna packed and prepared to look for Obrecht and Britt met with Obrect at the new club in town.

General Hospital spoilers for the week of Monday, March 1 to 5!

Anna and Valentin have a plan.
Dante pays Peter a visit.
Maxie receives a surprising message.
Jackie and Gregory come to a realization.
Franco’s tumor continues to complicate things.

Tristan Rogers had a few things to say about Peter August and Wes Ramsey portraying the role in this video. Plus, Ramsey speaks out!

Valentin tells Peter he cares about him.
Anna is apologetic.
Jackie is insightful.
Jax laments that he can’t get through to Nina.
Franco makes a discovery.