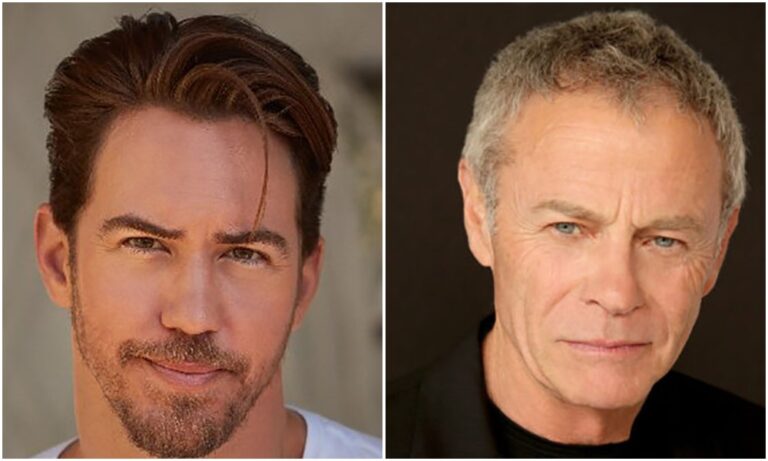 “He’s got himself into a horrible storyline.”

General Hospital vet Tristan Rogers (Robert Scorpio) did a Cameo video for a fan where he discussed his thoughts on the character of Peter August, portrayed by Wes Ramsey. Everyone’s been talking about the scheming, lying character including Soaps Spoilers. Ramsey has been so vocal on Instagram about being so fulfilled with his work, that his posts, along with the current storyline, were making everyone question if his days were numbered.

When Rogers did a Cameo for a fan, he spoke out about the actor and the storyline that isn’t really anyone’s favorite. “Listen, don’t be too hard on Wes Ramsey,” the iconic actor said. “He’s got himself into a horrible storyline, and the storyline is the fault of the show. What they’ve literally done is they’ve painted themselves into a corner, and they don’t know how to get out of it. We think we’re edging towards the end but we don’t really know.”

Rogers wanted fans to give Ramsey the “benefit of the doubt,” though he thinks “he was wrong for the character,” he confessed to thinking that the ideal person for August would have been someone like Anders Hove (Cesar Faison).

“He [Hove] had natural menace about him,” observed Rogers. “He’s the sweetest puppy dog in the world, but he just looked like he’d rip your arms off, and that’s what that character needs. Wes is — too much of a gentleman.”

Ramsey rebutted in his gentlemanly way. “Actors are storytellers, shapeshifters, chameleons. We’re also in the business of cultivating trust bc that’s how the best work is brought to life. We have to trust our imaginations, our instincts. We have to trust our fellow actors, because without them, there’s no scene to play. In the collaborative efforts of bringing any show to life, we also have to trust our directors each day to steer the arch of our story (like a conductor with a symphony) & trust our writers who are tasked with composing the symphonies we play out. I came up in a world of classical theater, where trusting the play, text, story is essential to the tightrope balancing act of making magic.”

He said he’d never critique those responsible for “the creative opportunities I enjoy each day. Without the trust of my writers, directors, producers & fellow actors, it would be impossible to live out my dreams.”

The GHer said, “My job (& my only job) is to bring fearlessness, playfulness & passionate conviction to what has been created for me. My aim is to stretch myself (beyond the limits of where I think my boundaries may lye) each time I’m entrusted with material that allows those boundaries to be tested.

Every actor must believe they are the right person for their part or they will never achieve their potential, let alone surpass it. I was raised a gentleman & have two wonderful parents to thank for that, however, my polite personality (while rendering me easy to get along with on set) should have little bearing on my caliber of performance nor my castability as a professional.”

He said he’d always “defend & protect what I hold dear (my job & my career) when they are publicly challenged, especially by those closest to me, whom I love & respect. Please know I bear no ill will. As a society, we are all still learning the full ramifications of living in an internet dominated culture.”