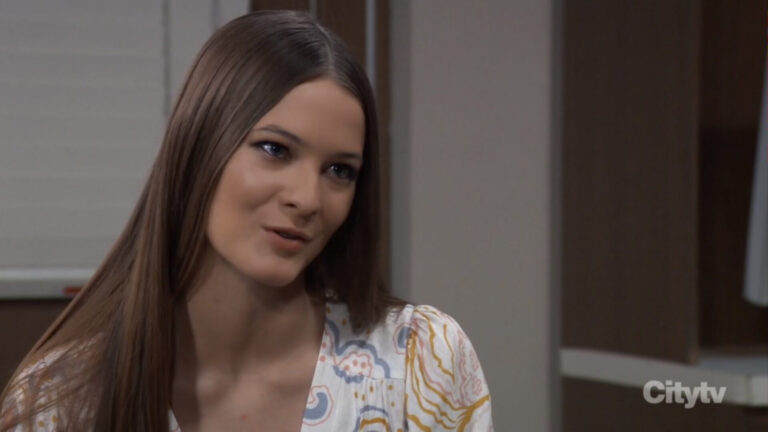 We also have Friday’s GH recap where Ava was shocked when Nikolas asked for a divorce and Ryan was disappointed by Esme.

On the patio, Drew and Michael talk business. Drew is sure Ned will change his mind about their offer when he sees how shares in Aurora are skyrocketing. Michael wonders who could have been making so many buys.

Carly pops up. Most of the shares were bought by her. Michael doesn’t like his mother taking such a financial risk. She insists it has already paid off.

He may not be happy about this but Michael appreciates it. The three of them toast to the deal and getting rid of Valentin.

After Carly leaves, Michael admits he’s angry about this. Now the pressure is really on them to succeed. They need to get everyone on board. When Lucy walks by, they follow her and offer her a drink.

They ask if they have her support at the next shareholder’s meeting. Valentin may have done a good job, but he’s not a member of the family. She wonders what’s in it for her. They tell her about the merger and some advertising breaks.

Coe agrees to think about it.

Jordan corners Martin as he meets with Valentin for lunch at the Metro Court. She informs him that there is no evidence that Cyrus was behind the attack on him and Laura when they were at the safe house. There may still be a threat.

After she walks off, Martin tries cracking a joke. Valentin tells him he can admit he’s worried. The lawyer is mostly worried about his sister. They have really become family. Valentin appreciates the sentiment.

Martin suggests they should be formulating a Plan B in case Ned doesn’t come to their side. The Cassadine can see no other option and is confident. The lawyer tells him there is more to life than business and he could find other things to focus on.

Valentin wonders why he is being so defeatist. ELQ was his salvation when he was at his lowest. Failure is not an option. He brings up Lucy and admits he’s worried she might change her mind about supporting him.

Martin assures him he will do all he can to convince her. Valentin hopes so. Those who think they can control him are in for one hell of a reckoning.

Jordan stops by the bar and says hello to Sonny. He reminds her she has something of his and he wants it back. He has a ship sitting in the harbor and as long as it sits there, he is losing money.

She tells him she’s not in charge of dock bureaucracy and can’t help him. The commissioner guesses something else is eating him up.

Sitting down, they talk about their sons. She reminds him of how angry and rebellious TJ used to be. There was a long road to get to where they are. She’s sure he and his son will get there too. Sonny says this is different. Michael is hellbent on destroying him.

Carly interrupts. The three of them chat about Trina’s case and then the commissioner leaves. Sonny asks Carly if they are going to have it out.

Carly brings Sonny up to her office so they can discuss the children. He tells her that Michael thinks he has thrown away his relationships with his kids. She agrees.

At Kelly’s, Laura is surprised when Spencer tells her that Ava has convinced him to stay at Wyndemere. They go over the deal that Ava made with him. He tells her that his priorities have changed and money is no longer his leading motive.

He’s learned to see that Ava matters to his father and if he really loves her, that’s something he can learn to live with. Laura is very glad to see he’s finally realized he doesn’t have veto power over his father’s marriage.

Making up with his father is his choice, he insists. She advises him not to forget the lessons he’s learned from having no money. He asks after Cam and his mother. She suggests he speak to him himself.

She’d like to see him work things out with all his other friends too. He doesn’t think that will ever be possible with Trina. Esme was being territorial and it was unavoidable.

Laura tries to explain why Esme is the way she is. She tells him that he can have empathy with Esme without letting her control his life. Something flashes for him and he realizes that her past is the key.

The mayor tells him he has a good heart, just like his father. He promises to be the man she always told him he could be.

At Wyndemere, Nikolas asks Ava for a divorce. Their marriage is dead and can’t be saved. She’s baffled. He explains that they can clean the slate and remarry for keeps.

Ava reminds him they are still working their way back to each other. They haven’t ever slept together again. If they untie this knot, there is no guarantee they will tie another one. She tells him a marriage isn’t an Etch A Sketch.

Laura interrupts. She hopes they have decided to work things out. Ava says they have both made mistakes and ready to move forward together. That’s music to the mayor’s ears. Nikolas tells Ava that love will conquer all, but they have to get divorced first.

At General Hospital, Esme tells Ryan she is playing the long game and waiting for Ava to be exposed to Nikolas’ infidelity. He’s disappointed and violently grips her hand.

Outside, Felicia asks the guard to be let in. “Just who do you think you’re fooling?” she asks as she storms in. Things are normal and she hasn’t seen anything.

Esme stands up and gets him to blink about whether he wants Felicia there or not. The blonde tells him that as long as he has the ability to express himself, he’s as dangerous as he ever was. 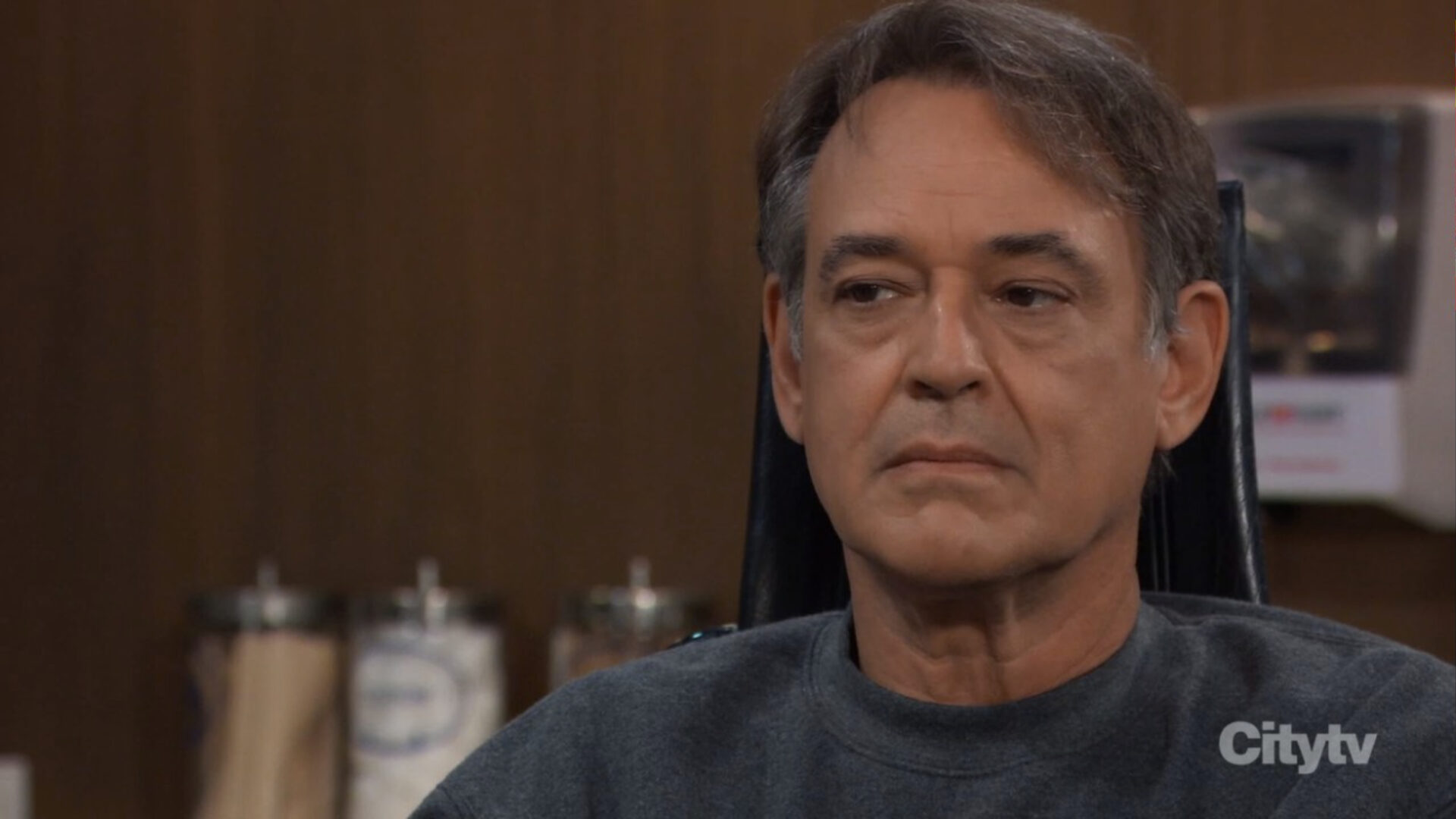 She keeps getting in Ryan’s face and then advises Esme not to let him get into her head because then he will just use her and kill her. Once she leaves, Ryan tells his daughter that Felicia was one of his greatest disappointments and advises her to ignore her.

Esme explains her plot to ruin things between Ava and Nikolas. One betrayal may not be enough. They need to compound it so it’s irrevocable. It is only a matter of time. What she has planned will blow that family apart once and for all.

Once the guard lead him out, he smirks at Felicia, which horrifies her.

Esme arrives at Kelly’s. Spencer tells her that she’s his family and they will spend every free minute possible together.