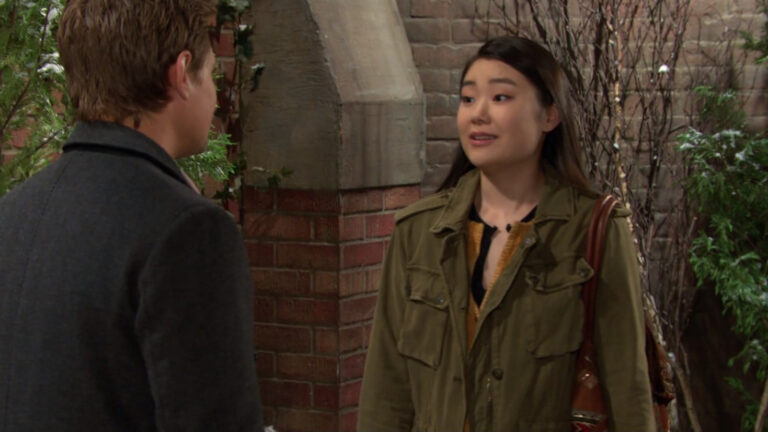 Then check below for ahead the week after!

Stefan’s revenge on EJ has unexpected consequences, Pauline enlists Stephanie in her war against Sloan, and Gabi manipulates Li.

Will, Belle, and Eric pray Marlena will miraculously recover.

Allie confronts Johnny and Channel about them almost kissing.

Tuesday’s Days recap: Susan is the devil in heaven

Marlena encounters a familiar face in a heavenly setting.

Eric turns to Sloan for some solace.

Sloan has sex with Eric.

Allie gets some advice from Alex.

Paulina hires Stephanie in the fight against Sloan.

Days daily recaps up before noon

Gabi receives an apology from Wendy, who encourages her not to give up on Stefan.

Allie demands the truth from Chanel.

EJ drops a bomb on Li.

Stefan goes after revenge on EJ.

Allie opens up to Alex about Chanel.

Chanel and Johnny discuss their feelings for each other.

Allie walks in on her bro hugging her girlfriend.

Gabi attempts to keep an unconscious Stefan hidden from EJ.

Stefan wakes up in the secret room.

Nicole has a fraught moment with Sloan over Eric.

Gabi twists Li to get what she wants.

EJ can’t have sex with Nicole since she can’t consent.

Roman’s not happy to hear Sloan hates his chowder.

Allie is furious when she catches Johnny and Chanel together.

Wendy gets a shock from Allie.

Wendy decides not to pursue things with Johnny.