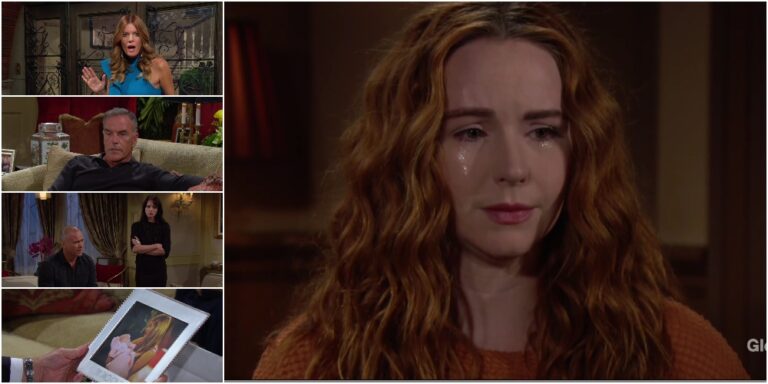 The Mature and the Serious.

Everyone in Genoa City is mature, including the teens, Faith, and Moses when all I want messy.  It’s become the soap opera that forgot it’s a soap opera. I long for knock-down-drag-out fights. I want Jack throwing a chair through the window at Newman, I live for passion and raised voices. I want teenage sex and pool parties that get out of control. I want the summer of love and new experiences for teenagers struggling to find their place in the world. Even Summer and Kyle were far too mature and serious for my liking this past year. Zero fun. I swear the writers or the executives at CBS forget their misspent youth.

Remember when Abby was messy when she wasn’t strutting around Chancellor mansion in silly outfits with heels, whining about her baby and her husband? Remember when she took a bubble bath in the Chancellor pool during the Fourth of July party? Remember when she rode that horse naked through the GCAC? I just let out a wistful sigh. For those who are already itching to remind me that she’s a “mature woman,” don’t. I know. Getting older doesn’t necessarily mean growing more mature, and not everyone ‘grows’ at all. Like our dear Sally Spectra. Never change, Sally. Be your worst. We need the Sally’s and the Phyllis’ to balance the mature folks in GC.

I have a lot to say about Ashland and Victoria and their storyline but this column will be long enough so here goes… Sometimes I enjoy them together. Other times I find them boring. I don’t have a problem with the age gap and I don’t see him as a monster. I like Victoria and I like Ashland. But remember, I also like messy. We were told that Ashland was a short-term player, so I assumed that he’d be gone by November at the latest, which meant that in my mind, either Ash or Victoria — I wasn’t sure which, would try to screw the other over by faking feelings for the other in order to take over the new company. I like the idea a lot but the show seems to want to flirt with that idea while instead, giving us their usual er poignant love story with Ash dying of cancer at the end. Not my scene.

But is Ashland dying or isn’t he? The show loves their red herrings and Victoria not accompanying him to his chemo appointments could be one. Another might be the fact that neither has mentioned the port (yet?) that’s used in chemo treatment that would have been implanted in his chest. Plus, this is what Victoria often looks like when Ashland kisses her. Is that a smoke screen?

Everyone’s wondering who has Mariah and for the most part, at this point, I don’t much care, as long as it’s over next week. It’s gone on for far too long for those of us with short attention spans. The kidnapping felt forced to me as a way to explain away Camryn Grimes going on holiday. We all know that Y&R doesn’t like drama, which means it’s likely someone she knows who is keeping her safe in some relation to Chance’s storyline. I hope not, because it’s psychologically damaging to her and the baby. What it has shown us is Mariah’s strength. I’d like to say that by now I would have broken everything in that room including the camera, and the dumb-waiter just to get them to reveal themselves, but what do I know? I might have been just as numb,  anxiety-ridden, and feeling helpless as poor Mariah.

Red herrings do well in books but to me at least, they haven’t translated well as a viewer. What’s missing for me is seeing the kidnapper’s hand or knowing how exactly, in broad daylight, a pregnant woman was taken and without anyone noticing.

Mariah has been there, I’m guessing for two weeks. I’m not sure. Genoa City time differs from real-time, but my point is that it took her this entire time to find the obvious camera above the door when it’s in her direct line of sight from the bed. At least she covered it up, but are there other cameras? I’m assuming, as she should be, that whoever has her is at least listening to her. I mean, if she dies, it all becomes pointless, no?

My last thought on who took Mariah? I almost hope it’s Chelsea, though this storyline is ending next week and Melissa Claire Egan is still on maternity leave.

What’s up with Sally’s luggage

I don’t mean Sally’s luggage as a euphemism. But she hauled her actual luggage to work, instead of leaving it in her car, which was the show’s strange way to get Chloe to mention it in front of Adam. Obviously so Adam can offer Sally the use of his condo while he’s living at the ranch. Could that not have been done in conversation rather than — this? At least Adam and Sally have chemistry and since they refuse to put him with Sharon, I may enjoy him with Sally. As long as they don’t turn her into a mature, excuse the term, “good girl.”

Did anyone else notice?

Victoria has mad chemistry with her brothers, both Nick and Adam, and it weirds me out that I’m into it. I blame the writing for not giving me one single couple right now that I’m 100% invested in. Do I mention Billy? All I’ll say about him is that he doesn’t seem to be over Victoria, but again, we don’t know for certain, because the show likes to string people along.

I love Gloria, and she’s always been this fashion maven, but I’m not sure she should be taking over JVC when she can’t even get into the head of what their younger customers needs. If this were Days of our Lives, I’d say yes in a heartbeat and it’d be fun to watch her lumber through, making mistakes, but Y&R doesn’t know how to have fun, much like my mum’s society lady friends who watch this show faithfully, so I’ll shove that thought from my mind.

This is some Days of our Lives shit, and it’s fine when it’s Days, but on Y&R it’s jarring! But since our lesbians never get any story, sex or romance, I’ll take it. Plus, I’m enjoying Tessa being seen more.

You can’t complain about a show you watch daily that you do enjoy, without balancing things out by admitting what you like. My highlights may not be yours, but hopefully, you’ll add yours to the comments. Here they go.

Phyllis’ quirky expressions to me, are hilarious. The fact that she hates Sally, who is basically her is loads of fun.

Chloe hiring Sally almost based on her being naughty was pretty funny and surprising.

Victor and Victoria’s tender moments regarding her wedding, and him giving her credit for being a good CEO (though that could come back to bite them both in the ass.)

Summer and Kyle living happily ever after and the show making room for a return.

I know, Jack forgot he has a child named Keemo, and it’s fun to mock that, while at the same time it bothers me that Keemo was a person of colour that isn’t represented anymore on the show. But that doesn’t mean I hate Jack. As a long-time viewer of soaps, I know that sometimes we have to let go of the past in order to enjoy what’s happening on our screens. With that in mind, I found it touching when Jack created a passport for Harrison’s toy, Zippy the Fox. It was truly adorable, as is the kid, and I also teared up watching Jack look at the photo of Summer and Phyllis. What would have made that scene for me is a flashback to Summer’s entrance into the world via the elevator at Newman Enterprises during the ice storm.

Trivia: I met Peter Bergman on the set of Y&R and when he found out I was from Canada, he excitedly shared a story about meeting his idol, the brilliant Joni Mitchell. This, while we sat on the old, lumpy, and uncomfortable setee that used to be in the Abbott mansion set. I still have photos!

Chrissi’s tips of the week:

Don’t tell fellow viewers, ‘It’s just a soap’ or ‘you can stop watching anytime’ when they complain about story, sets, clothing or dialogue. They know. Let them complain as you’d let your friends complain. Sometimes people just need to get it out.

Words to live by.