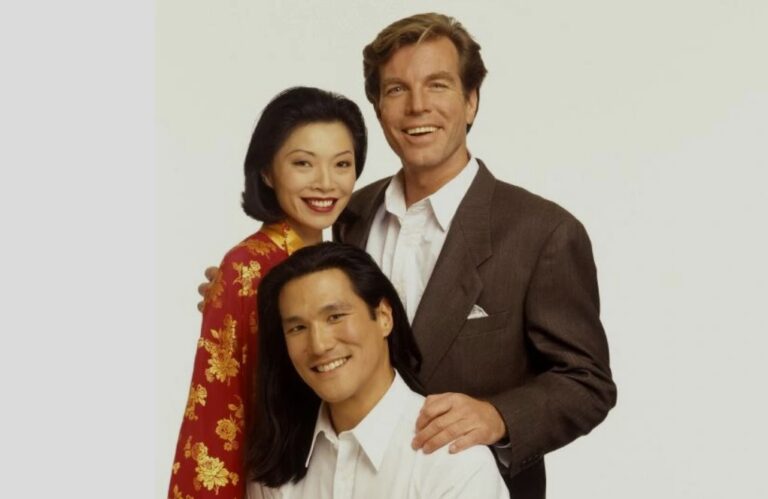 Keemo  Volien Abbott is the son of one of Y&R’s biggest vet, Jack Abbott.

Those who remember who Keemo is, generally appear to have fond memories of his time on the CBS soap. There’s a majority who don’t remember his short time on the show, or who never had the pleasure of seeing this story unfold.

While Y&R generally mentions those who have passed on such as Delia Abbott (Sophie Pollono), Cassie Newman (Camryn Grimes), Katherine Chancellor (Jeanne  Cooper) and most recently, Neil Winters (Kristoff St. John), there are a slew of past characters that we never hear about. Drucilla Winters (Victoria Rowell) is one, Nikki Newman’s (Melody Thomas Scott) sister Dr. Casey Reid (Roberta Leighton) is another and Keemo Volien Abbott, played by Philip Moon, who was Jack Abbott’s (Peter Bergman) son.

Jack’s one of the biggest vets on Y&R, and it’s always been curious to many viewers as to why he’s never mentioned. Most would be happy with a character ending a call to a long lost relative or child before a scene, looking for a crumb, understanding that they can’t bring each and every character back for a visit.

Keemo Volien Abbott hasn’t been mentioned in…well, who knows when.

Let’s rewind history a bit. Jack fell in love with a Vietnamese woman, Mai Yun (Elizabeth Sung, who passed on in 2018), 1974, during the war. They separated once the war was over and though he returned to her village and tried to find her, he let her go. By then, Mai Yun, whose actual name was Luan, was pregnant with Keemo.

She married a Vietnamese man and together, they had a daughter named Mai (Marianane Reese). Luan and Mai became separated from her husband and Keemo and Luan had no luck in finding them. She learned of her husband’s death but had no news on her son.

Fast forward to 1994, Luan was involved in a shooting at her Vietnamese restaurant, Saigon Shack. She became friendly with Christine Blair (Williams) and asked if she’d help her find her missing son. Christine took Paul Williams with her to Vietnam to begin the search.

They found Keemo in the jungle, but when he learned his mother was looking for him, it was tough to convince him to go with them back to Genoa City to see her. He thought she abandoned him all those years ago and didn’t realize that they were separated by no fault of Luan’s.

Luan recovered from the gunshot wound and Keemo returned to GC and wound up moving in with his mom and Mai. Christine had heard so many stories about Luan’s lover that she realized he sounded a lot like Jack Abbott.

She helped to reunite the two and when Jack learned Keemo was his child, Keemo was once again angry and feeling abandoned. Keemo finally learned that Jack didn’t abandon his son, that he didn’t know of his existence and the two forged a relationship.

Jack and Luan fell in love all over again and married. Luan, unfortunately, was ill with some unknown soap opera illness and told nobody. When Jack found out about the illness and that it was terminal, he kept it to himself so that the family could be happy for the remaining time she had.

Keemo discovered that Jack knew for some time that his mother was dying and was angry, feeling his time was s squandered. Eventually, Keemo forgave Jack but he returned to Vietnam with his sister. He hasn’t been mentioned much, though his names comes up during the week of the February 21 on Y&R.