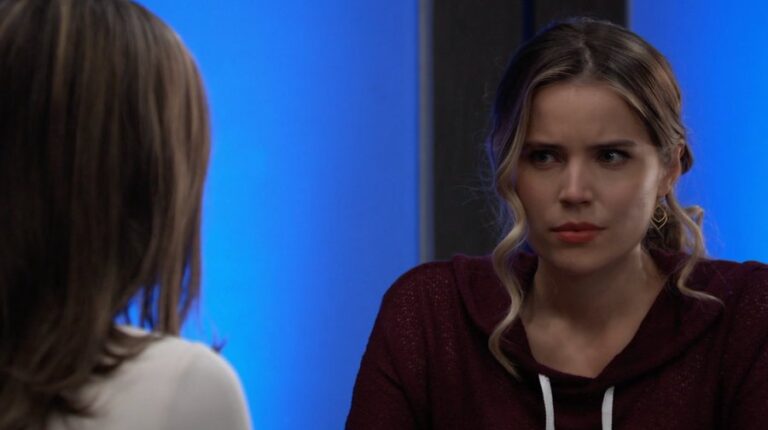 Soaps Spoilers is back with all-new General Hospital spoilers! The week of May 17 – 21.

Britt was annoyed that she and Jason had to hide out in a hayloft, not at five-star hotels, Carly whined to Joss about taking advantage of Jason when he’s always stuck by her, “Mike” apologized to Nina for making her uncomfortable and she let him know she could get at Elijah in a way he wasn’t able to. Ned was starting to become excited to be a grandfather, calling it a new chapter in his life. Maxie ordered Sam to get Jason to bring Britt home but Sam reminded Maxie that Jason wasn’t kidnapping her. Maxie’s new nurse was Kimberly J Brown of Halloweentown & Guiding Light fame. Meanwhile, Ava talked to Trina about her mother’s marriage, and Alexis talked to Shawn about how she’s helped her cellmate with her parole hearing.

General Hospital spoilers for the week of May 17-21.

Maxie and Peter make a decision about the birth of their daughter.
Anna looks to an old friend for help.
Liz is confrontational.
Brook Lynn is shocked by Valentin’s suggestion.
Sasha tries to put some space between her and Brando.

Carly arranges a meeting with Gladys.
Sonny is sympathetic.
Sasha sees her circumstances as a second chance.
Cyrus lets Laura know where they stand.
Finn worries about Chase’s well-being.