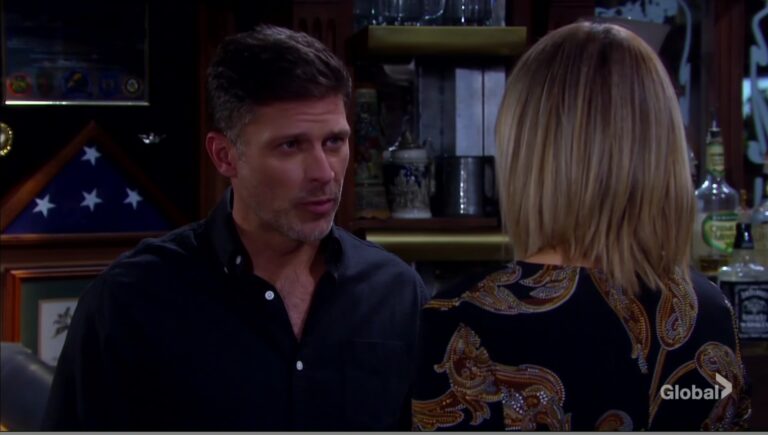 What’s coming up on May Sweeps on Days?

Some viewers may be happy to note that the show is calling this the final chapter of the devil possession storyline. Sweeps has life-and-death stakes. “Not everyone is going to come out unscathed,” Carlivati says.

Allie plots to get Ciara alone before she gives birth. She fakes Ben’s death and gets Ciara to the Horton cabin where she’ll deliver the baby.

It’s finally revealed why the devil wants the baby.

In the meantime, Ben does all he can to find Ciara. It comes down to trying to save Allie’s soul and puled into this are John, Marlena and Eric.

An antidote for Sarah

Maggie and Xander think they’ve the antidote to bring Sarah back to her normal self but there’s a twist that means that though steps are being taken to bring her back, it’ll take a while.

Rafe proposes marriage to Nicole, who shares news with Eric. He in turn has news of his own.

Eric’s news could make her reconsider her engagement, but the road back to each other isn’t going to be an easy one.

EJ, Chad and Tony band together to take back DiMera from Gabi. She may pull someone unexpected over to her side.

Gabi becomes jealous that Jake and Ava seem to be getting together. Jake’s having fun lording it over her head, so Gabi turns to Li Shin.

The show wants to do more with Shin since he has had a lot of positive feedback surrounding the character. He’ll be in a romantic story with Gabi.

Abe re-examines his feelings for Paulina with Julie helping, but with TR ready to propose, is Abe too late?

Carlivati explained that Lamon Archey (Eli) shot episodes of another show he’s on, which was why they had him shot and comatose for so long.

It served the story and now he’s about to wake up from a coma. We’ll find out if he remembers who shot him.

As Shawn gets closer to Jan as her due date approaches, Belle and EJ become closer, too.

We’ll find out what comes of EJelle together.

Leo did have feelings for Craig and is wounded once his ex leaves town (Kevin Spirtas is out), so he draws up a list of those to take his revenge on.

Leo’s list? It includes Abigail, Brady, Chad, Chloe, and Sonny. We’ll find out where that leads him.

Chad and Abigail start planning their future, since Gwen’s been arrested and is out of their lives.

Though her half-sister is out of her orbit, Abigail shouldn’t count her out just yet.