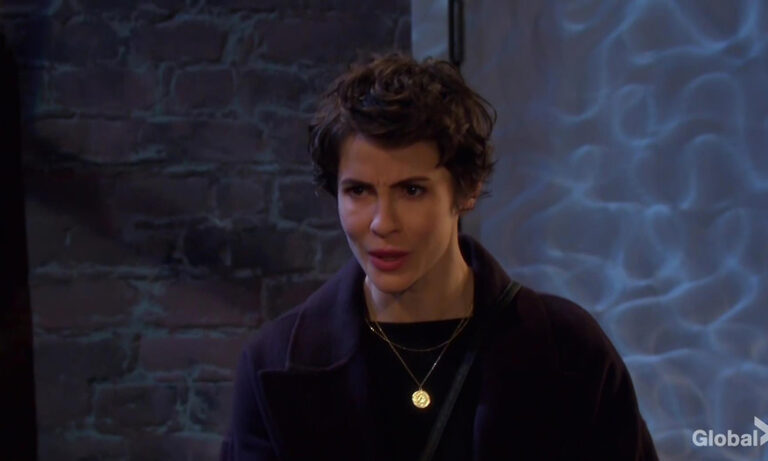 Coming up, Rafe grows even more suspicious of Ava, while Allie pays a surprise visit to Tripp, and Abigail is stunned during her encounter with “Sarah.” Meanwhile, Chloe overhears a telling conversation!

Rafe tells Nicole he wants to be with her.
Chad tells Xander about Abigail’s latest theory.

Movie producer TR Coates (William Christian) arrives in Salem and demands that Johnny deliver his film. TR also has another tie to Salem. He’s Paulina’s ex and Lani’s biological father.
Abe and Chanel share a warm moment.
Marlena apologizes to Paulina for the havoc she wreaked while she was possessed.

Craig makes a shocking confession to Chloe.
Abigail learns she’s being held captive on an island.
Nancy wants Brady to reconcile with Chloe.

Paulina panics when Lani comes close to discovering the truth.
Belle supports EJ as they prepare for his sentencing.
Xander attempts to put the past behind him and moves forward with Gwen.
Abigail learns her fate — she’s not leaving the island anytime soon.

Don’t shoot the messenger. Starting Friday, February 4, Days of our Lives will be pre-empted for the 2022 Winter Olympics. The show will not air from February 4 to  February 18 at all during this time, whether it be on television or the NBC app or Peacock. Viewers won’t miss any episodes and the show will resume on Monday, February 21.

Join in the conversation with a comment or two about Days!