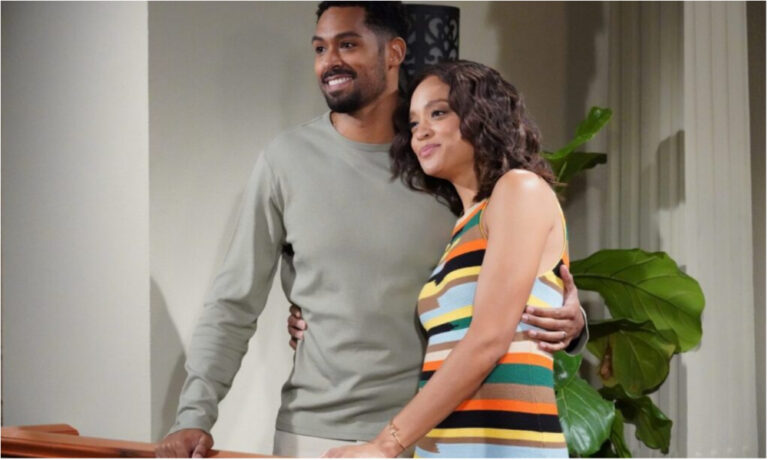 Actress and model, Sal Stowers was first introduced on Days of our Lives as Lani Price on September 25, 2015. Lani was a police officer from Miami who had ties to Abe Carver (James Reynolds) in Salem.

Lani and Abe forged a relationship, after learning that she was Tamara Price’s (Marilyn McCoo) daughter. It wasn’t until February 23, 2017 that Lamon Archey debuted as Eli Grant as an FBI agent.

Eli was Dr. Valerie Grant’s (Vanessa Williams) son with David Banning and like Lani, only recently learned the truth, when he flew into Salem for his funeral.

Archey was also known for his role as Mason Wilder from 2012 to 2014 on Young and the Restless. He’s currently portraying the role of D Angelo Carter on All American, and is leaving his role as Eli this summer.

The actor has opted to leave of his own accord as has Stowers.

Archey and Stowers will exit the show July 1.

Each character has had a great run on the NBC soap with Lani learning that Abe wasn’t her bio dad and her aunt, Paulina Price (Jackee Harris), not Tamara was her biological mother.

Eli was a great support during this time.

More pain came when she discovered that her biological dad was her mother’s abusive ex-husband, TR Coates (William Christian).

Lani’s off to prison after confessing to shooting TR when she found him with Abe in a pool of blood after being beaten with a baseball bat and TR manhandling Paulina.

Eli has been through a lot during his time in Salem, what with the shocking discovery that Terrance Grant wasn’t his biological father but David Banning.

The silver lining was that he became close with his grandmother, Julie Williams (Susan Seaforth Hayes), and found family in the Horton clan.

Eli left  the FBI and became a detective at Salem Police Department. He also met the love of his life in Lani and they married and had babies in Carver and Jules, fraternal twins named after Abe and Julie.

The couple did double duty in Beyond Salem.

There is no confirmed word yet on how or why Eli will leave town though we suspect that it’s possible he’ll head to Washington to be with his mother, Val.