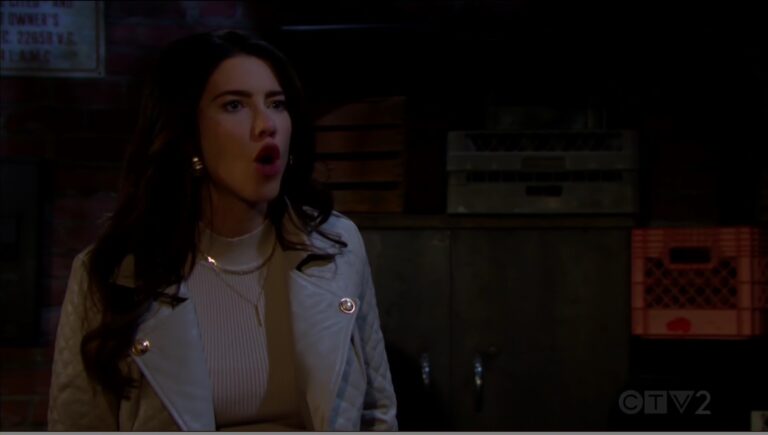 In the Wednesday, March 30, 2022, full episode recap of CBS’ Bold and the Beautiful, Brooke tells Ridge she will find out what really happened, Steffy tells Finn what Sheila did, and Steffy confronts Sheila.

We also have Tuesday’s B&B recap where Steffy learned the truth about Brooke drinking by eavesdropping on Thomas and Sheila.

At the Forrester Creations office, Steffy eavesdrops on Thomas on the phone, telling Sheila that what she did to Brooke was despicable.

She traded Brooke’s sobriety for a future with her son. Sheila insists she also did it for him and his parents. He refuses to accept this was selfless.

The only reason Brooke kissed Deacon was because she orchestrated the whole thing. Sheila threatens that if he says a word to anyone, he can kiss his family’s future goodbye.

He doesn’t see what good a future build on lies is. Lies eat you from the inside out.

She is about to tell him about Steffy spying on them when Taylor pops up. He gets off the line.

Thomas teases him mom about stopping by, sure she’s really looking for Ridge. She admits she would like to be with his father again… if the circumstances were right but they aren’t.

He reminds her of how toxic Brooke has been in Ridge’s life.

They rehash what happened with Deacon.

Ridge may say he wants to come home to his other family, but Brooke is still his wife. He tells his mom that he loves her and just wants to do what’s best for her.

He says that she and Ridge have been apart for too long. She insists that Ridge needs to heal. Whatever happens will happen.

They’ll just have to wait and see, but she thanks him for believing in them. She can’t imagine there is anything he wouldn’t do to put them back together again.

In her room, Sheila hurls her phone at the bed and promises Thomas will regret it if he damages her relationship with her son.

Steffy rushes into Finn’s office and tells him that his mom is up to her old tricks. She tells him that Sheila has been stirring the pot and plotting.

“Your mom attacked Brooke!” she says. Everything that happened on New Year’s was set in motion by his mother.

Steffy tells him about the champagne label swapping.

She’s not a fan of Brooke, but this just proves how sick Sheila is. Thomas found out and Sheila is trying to keep him silent. This sounds insane to Finn.

Steffy declares this only proves his mother can’t be trusted. Her husband hopes this is just a misunderstanding. He has to get back to work.

B&B spoilers up to April 1

In his office, Brooke tells Ridge that she can’t move forward with her life until she knows why she drank that night. He says she just wasn’t herself.

She should leave the past in the past and stop torturing herself.

Brooke still can’t understand why she would do something so self-destructive. She has a feeling that someone is working against them.

When she beats herself up, he tells her she’s one of the strongest people he knows.

That night won’t disappear, but they can move forward. Brooke says they were happy before that night when the “evil” started taking over their life.

Her gut is screaming at her to dig for the answers and that’s what she’ll do.

Ridge misses her all the time. She can’t stop thinking about how she hurt him. He reminds her she’s accomplished other things in her life.

Brooke won’t give up on him; she never should have set him free, and her life means nothing without him. Some way, they will find their way back to each other.

He wishes she could see herself the way he sees her. Brooke says he is the love of her life and no one will get between them.

She may have made a mess, but she has the power to fix it. After she walks out, he smiles to himself.

Sheila stops by Il Giardino as Deacon is clearing tables. She complains about living in a hotel and waiting for the chance to have a relationship with her son.

He reminds her that she used to claim she always gets what she wants. Where is the evil genius now?

Sheila is starting to wonder if she can even have a future with Finn as long as he is married to Steffy. 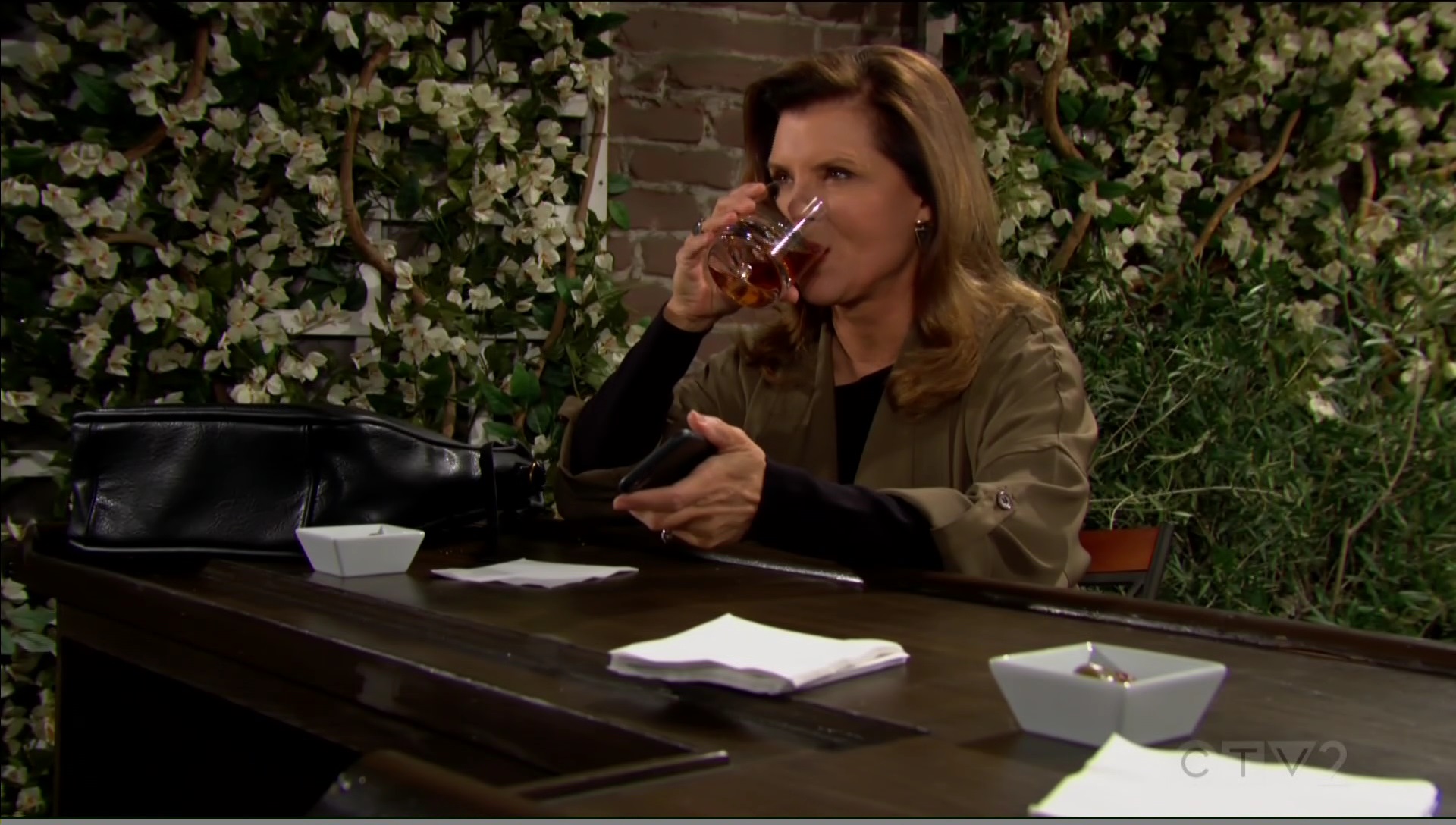 Steffy calls Sheila and asks to meet with her. She announces she’ll be right over.

Sheila drinks and waits, thinking about what she did to Brooke and about her grandchild. Eventually, Steffy arrives. 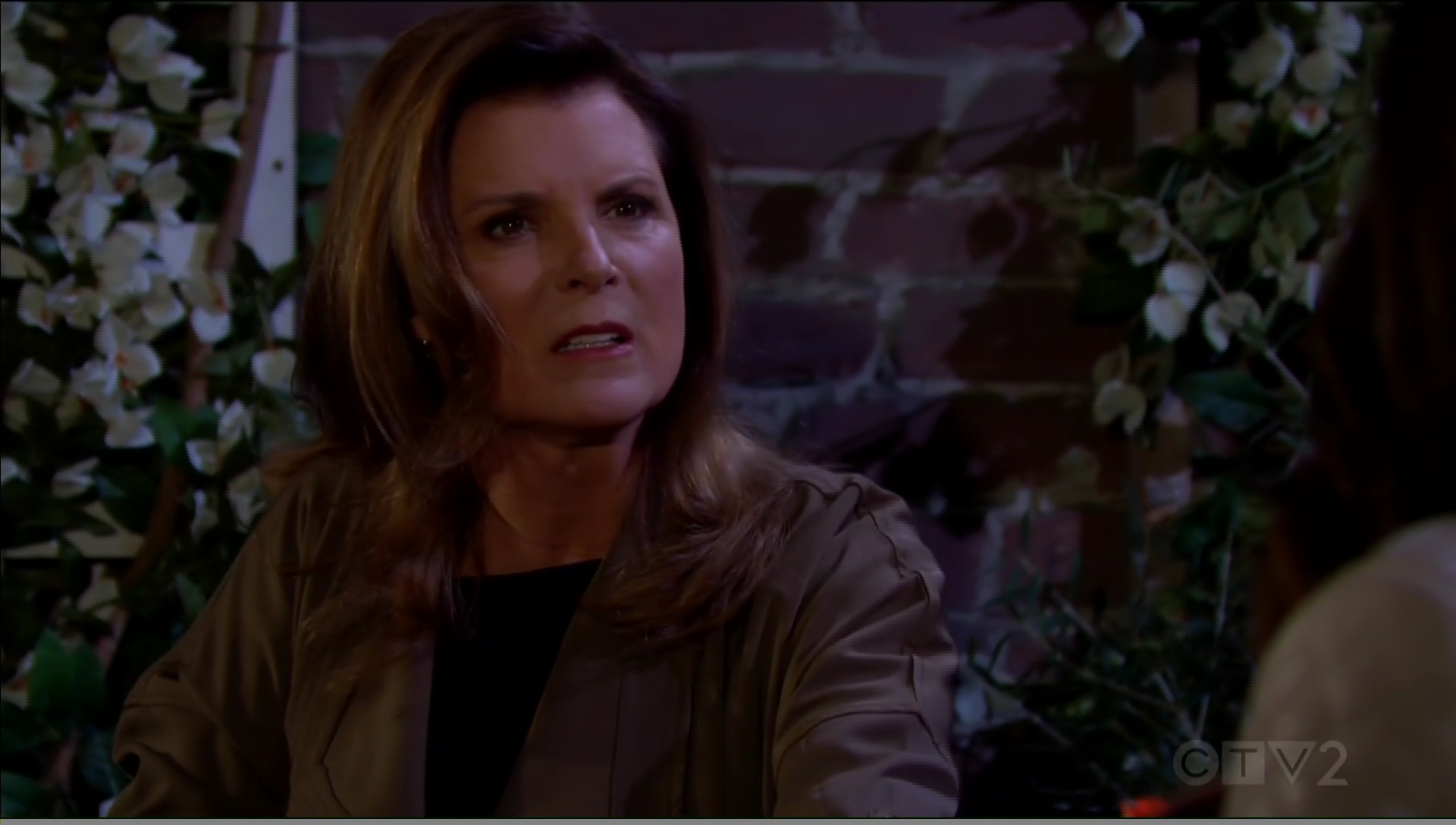 Sheila hopes she’s come to say she’s found a place in their lives for her. Steffy knows she wants that… and it would be nice for Finn and the kids.

She’s had a hard time believing Sheila could be good. She sees now that she is worse than ever. “I know what you did!” Steffy says.

Sheila storms into the alley and Steffy chases after her, confronting her about what she did to Brooke and shoving her. She says there is no hope for Sheila and everyone will know what she did.