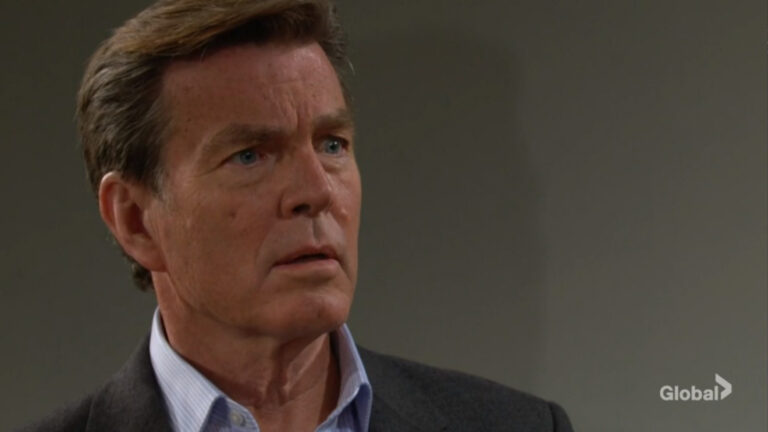 In this episode of CBS’ The Young and the Restless, Jack and Allie have lunch, Phyllis and Ashley argue about the situation, Tessa wonders what’s wrong with Noah, and Chance tells Rey he’s coming back to work. In the previous episode, Victoria revealed why she’s staying with Ashland, and Michael explained what happened to him.

Ashley is at the Chancellor estate with her daughter and Chance, fawning over the baby and resisting the temptation to wake him up. She asks how they are doing. They claim they are getting better each week.

Ashley is surprised to hear he is already planning to go back to work. Abby was taken aback too but is supporting his choice. Chance adds that his therapist suggested this idea. His mother-in-law is sure it is a good idea then. She asks her daughter to come for a mani-pedi at the Grand Phoenix.

On the way out, Ashley tells Abby about everything that’s been happening to Jack. It’s all a shock to Abby. Ashley is worried about her brother.

Noah wakes up in bed alone and finds a note beside the bed alone saying it was fun. He crumples it up and throws it.

At Crimson Lights, Sharon tells Rey that she is trying to keep her nose out of Noah’s business, but he’s been out a lot and at all hours. Rey doesn’t see anything to worry about. She suspects her son could be using partying to avoid facing his feelings.

Her husband is sure he’s doing all he can to work through this. He’s confident he’ll come out the other side of this better.

Sharon worries he’s spending every night with a different woman. As she takes a call, Noah wanders in for some coffee. His mom quizzes him about his day. He claims it has been productive and assures her he is fine.

Noah changes the subject but his mom wants to know the real reason he stopped by. He admits he’s there for the free food. Sharon likes to feed him. She tells him about her day and all the espresso she’s served. When he spots Tessa and Mariah on the patio, he heads over to them with some pastries.

They are impressed he knows what they like to eat and invite him to join them. Mariah warns that they are in a wedding talking mood.

He’s happy to hear it because he has some ideas.

After he shows them his drawings, they are amazed and thank him. Mariah leaves to get them celebratory lattes.

Noah tells Tessa it’s just a first draft. She senses he’s a little off. He assures her he’s fine and tries to talk about the wedding more.

Tessa wants to know what’s really going on with him. He doesn’t know what she’s talking about. She’s sure he’s avoiding talking about himself and won’t let it drop.

Reluctantly, he admits he doesn’t know what’s going on with him or what he’s doing.

At the coffee counter, Sharon questions Mariah about what Noah has been up to lately. He keeps going out and isn’t telling her anything. Mariah reminds her he’s a grown man. He seems fine.

Abby and Ashley drop by the Grand Phoenix and tell Phyllis they are there to get mani-pedis. Ashley bluntly tells Phyllis that she has some concerns about Allie. She finds this entire situation very suspicious. This is all very strange to her and she doesn’t want Jack to be hurt.

Controlling herself, Phyllis tells her she doesn’t know what she’s talking about. Allie doesn’t strike her as a schemer.

Ashley still suspects a scam is at play. Phyllis can spot a schemer a mile away and there are no red flags when it comes to Allie.

She begs her not to taint Jack’s chance to come to terms with his son’s death.

Abby leaps between them to keep the peace. The women apologize to each other. Ashley just wants to protect her brother. Phyllis understands and asks her to trust that Jack knows what he’s doing.

Phyllis calls Jack in LA as he waits for Allie. He can’t talk since she just arrived. As they get a table, she admits to him that she almost didn’t come. He can understand but is glad she did. He’s hoping that spending some time together might be good for both of them.

She tells him she sold the house to a nice woman. Even with all the good memories, she didn’t want to keep it knowing she would never see her dad there again.

When she tells him about her grad studies in chemical engineering, Jack is amazed and tells her that her father used to work with his sister in the Jabot lab.

Allie aggressively assures Jack that she is not angling for a job at Jabot. He never suspected it. He’s just happy to know she is following in her father’s footsteps and shares something in common with the rest of the family: a love of chemistry. She’s embarrassed. He assures her it’s okay.

They decide to restart this conversation. She admits that she’s been thinking about him and her dad. Allie understands why her father felt betrayed and also how Jack was in a tough position.

Jack says he likely tried too hard to repair things and backed off too easily.

He thought that he would have all the time in the world for them to make amends. Jack takes responsibility for the mistakes he made. She can only imagine how painful this has been for him. Knowing that Keemo is living on in her means more than he can say.

They talk about their feelings. He admits he’s angry about how he lost his son. She loved her father more than anyone in the world. Things are still tense between them. This stuff is hard to talk about and she needs to get back to studying.

As she gets up, she suggests they meet again before he leaves town. He’d like that. When he sits down, he calls Phyllis and tells her he feels like he really connected with Allie.

She’s even agreed to meet him again before he leaves. It means the world to him. He thanks her for encouraging this. Phyllis only wants the best for him.

New! Y&R spoilers up to April 8

Rey drops by the Chancellor estate to see his former partner. Chance explains that he’s consulted his therapist and been encouraged to go back to work. After facing so many issues in therapy, he thinks that getting back to what he loves and is good at will help his recovery.

Rey hears what he’s saying but saw how overwhelmed he was when he came back last time. Does he believe he’s really ready? “I have to be ready,” Chance says. He knows he froze but that won’t happen again.

He’s not the same man anymore. Last time, he hadn’t faced his trauma and didn’t know how to deal with it. Chance doesn’t want to go into volatile assignments.

He just wants to ease himself back in and assures him he can be the partner he needs. Rey nods and suggests they go talk to the chief.

Ashley drops Abby off at home. The jet lag is kicking in and Ashley needs a nap. Before she can take one, her daughter reluctantly admits that Phyllis may be right about the Jack and Allie situation.

Ashley hopes it works out for her brother, but she has the gnawing feeling that trouble is ahead.

Once her mom is gone, Chance tells Abby about his meeting with Rey and Paul. He’s going back to work tomorrow. She was expecting it would be another week or two but will support this one hundred percent.

It’s great to hear her say that. He assures her he loves their domestic life but it’s time for him to get the rest of his life back. She’s proud of him and gives him a hug.

Back in LA, Allie returns to Keemo’s old house to give “Taylor” (Diane Jenkins) a house-warming gift. She thanks her for encouraging her to get to know the grandfather she never knew she had. It’s all been jarring. She didn’t want to meet Jack again but took a leap of faith.

“Taylor” says that was very brave of her. Allie wants to take it slow but says Jack seems like a good man. “Taylor” is sure he would do anything he could to lend her a hand.

Getting defensive, Allie insists she doesn’t want anything; she’s just curious. She’ll have to see how it plays out. Hoping she’s not overstepping, “Taylor” asks her for a favor.

Allie calls Jack over to the house. When he arrives, he’s surprised to hear that the owner requested to meet him. He’s shocked when “Taylor” comes out and he immediately recognizes her. “Hello Jack,” she says. “No, it can’t be,” Jack sputters.

“I’ve waited a very long time for this moment,” she announces.