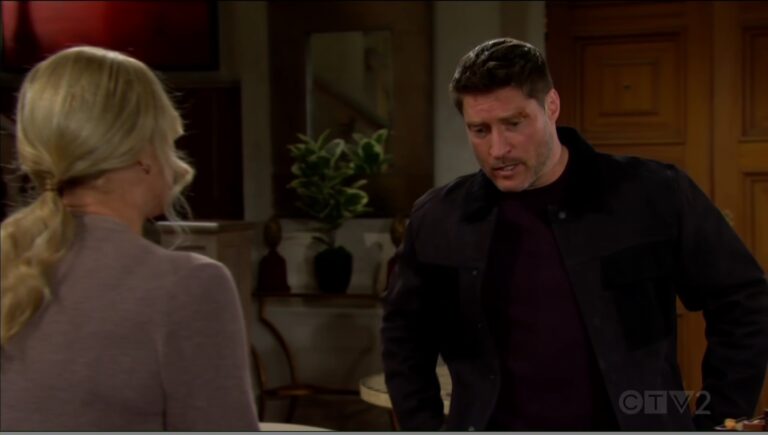 In the Wednesday, March 2, 2022, full episode recap of CBS’ Bold and the Beautiful, Brooke and Taylor argue, Ridge rejects Deacon’s advice, and Steffy tells Finn how great her parents are.

We also have Tuesday’s B&B recap where Deacon encouraged Ridge to reunite with Brooke and Brooke refused to let Taylor take her husband.

In Taylor’s office, Brooke accuses her of lulling her into a state of false security while she planned to go after her husband.

Taylor tells the blonde that her secrets and lies have created this situation. What she did with Deacon only made Ridge see what was in front of him: his family.

Brooke reminds her that Ridge already has a family with her as his wife. Taylor points out that he removed his wedding ring so that claim may no longer hold.

After Brooke accuses her of enjoying her pain and waiting to pick up the pieces, the doctor insists she doesn’t wish her harm. She accuses Brooke of blaming her for Ridge leaving her.

Brooke knows what happened that night is her fault and she wishes she could take it back. When she confessed everything to Ridge, he agreed to forgive. But when she got in the way of him beating on Deacon, he turned to Taylor.

“You should enjoy it while you can… you and Thomas and Steffy… It’s not going to last. Ridge will come back to me. He always does,” Brooke says before walking out, insisting that he loves her.

At Forrester Creations, Deacon encourages Ridge to work things out with his wife and forget Taylor. Ridge threatens to throw him out. Deacon urges him not to fall back into repeating old patterns.

Ridge can’t be okay with Brooke taking the other man’s side during their fight. He thanks him for coming by and reminding him he needs stability.

That’s not something he’s going to get from Brooke. Deacon declares that maybe he’s right about that and it’s over with Brooke.

At the cabin, Liam tells Hope that getting her father to plead Brooke’s case to Ridge may not have the desired effect. Hope can’t believe that history seems to be repeating itself again.

Hope goes to Forrester Creation to see Ridge. She encourages him to fight for his marriage and not turn his back on her mother. She is sorry for the part she played in this. Her need for a relationship with her father never should have had this kind of effect.

He’s surprised she doesn’t want her parents back together. Hope urges him not to throw away his marriage until he’s sat down and looked in Brooke’s eyes while she tells him her side.

Brooke goes home and looks at her wedding picture. Deacon shows up and says he’s sorry her marriage in trouble. She claims they will work it out. He hopes she’s not selling herself short.

She shouldn’t be going through this. Any man would be beyond lucky to have her by his side. Brooke feels like her whole world is falling apart.

He reminds her that they only shared a kiss and nothing else. He’s sorry she’s suffering through this indignity, but Ridge should man up and work things out with her instead of running to Taylor.

Brooke says she is still willing to do whatever it takes. “Wash, rinse, repeat,” he says, pointing out that this bouncing back and forth has gone on forever. Deacon just wants her to know how amazing she is so she can be loved unconditionally.

Ridge is moving on quickly and so should she. There is a man who can love her the way she deserves and he’s standing in front of her.

At the Cliffhouse, shirtless Finn and Steffy make out. They have the place to themselves for the first time in a while and he wants to take advantage of it.

She hates having to be a grownup but she’s worried that her mom could come back any moment. All the same, having her back is like a dream come true.

They lounge on the couch and she tells him her favorite things about her parents. They respected each other. Finn says that gave her solid grounding a sense of home.

She also admired the way her mom got Ridge’s sense of humor when no one else did. They radiated love. That’s what she always wanted. “After a few false starts, I finally got it,” she says.

When Taylor gets back to the Cliffhouse, she’s impressed that Steffy is baking cookies to celebrate Ridge’s return. Everything feels like a dream. Her mom warns that dreams can have a rude awakening.

Taylor explains that Brooke paid her a visit. They sit down for cookies and Taylor reminds her daughter that Ridge has moved on from worse than what Brooke just did. Steffy is confident this has been the last straw.