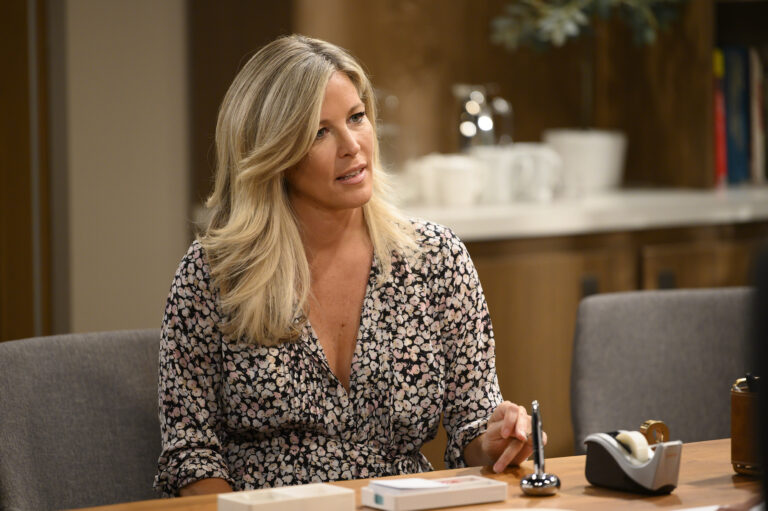 Soaps Spoilers is back with all-new General Hospital spoilers! The week of April 12 -16.

Cyrus threatened Laura’s family, Brando warned his mother about Valentin, and Olivia lectured Brook Lynn on what to eat during her pregnancy. And minutes later, Brook Lynn went into her room to remove the fake pregnancy pad she’s been using. Later in the week, she was almost outed. Meanwhile, Ava received a dummy hand inside a package at the gallery that she assumed came from Ryan. And last but not least, there was a special episode on GH focusing on Alexis as she faced prison time. She spent time with family and friends in a goodbye celebration.

General Hospital spoilers for the week of April 12 -16.

Finn pays Anna a visit.
Peter delivers a veiled threat.
Britt and Maxie solidify their plan.
Portia faces Taggert.
Curtis and Jordan come to terms with the future of their relationship.

Carly feels overwhelmed.
Nina goes on a tour of Nixon Falls with Elijah.
Brando and Sasha get closer.
Willow feels helpless.
Michael and Dante catch up.