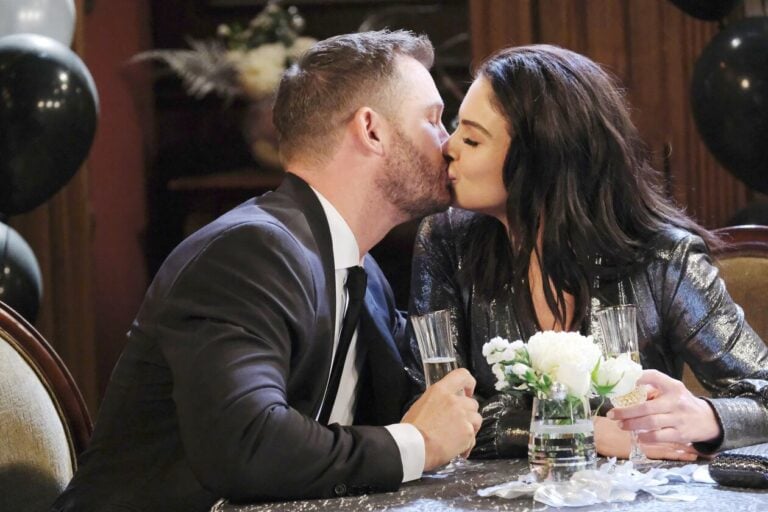 Salem has always rung the new year in with a few crazy things happening.

The week of December 28 is sure to be filled with shockers, twists, and turns for all Salemites, as Jack and Kate toast to something, Chloe and Brady of all people, share a kiss, one that we’re sure Kristen will not be pleased about. Also coming is Gwen’s comeuppance, at least we hope. It looks as though she’s trying for another kiss with Chad, as Tony tells someone that there’s never a dull moment in Salem. Ain’t that the truth. The preview tells us that two people are reunited, which could be Kristen and Brady, while two live in terror, two are in for some fun, and two are reunited…Lani and Eli name their kids, and Jack learns that Gwen’s a psycho who is obsessed with his family. Look out for more craziness to come, because the end of 2020 includes a few Salemites going missing, Charlie’s plans for his mama, which are sure to be terrible. It looks like Kate and Jake’s relationship is tested when he accuses her of being ashamed of him. Is she? That remains to be seen. Lastly, we’re all hoping this rape storyline wraps up by the time the clock strikes midnight.

Watch the Days of our Lives Promo video below for more.