Days of our Lives Days Opinion 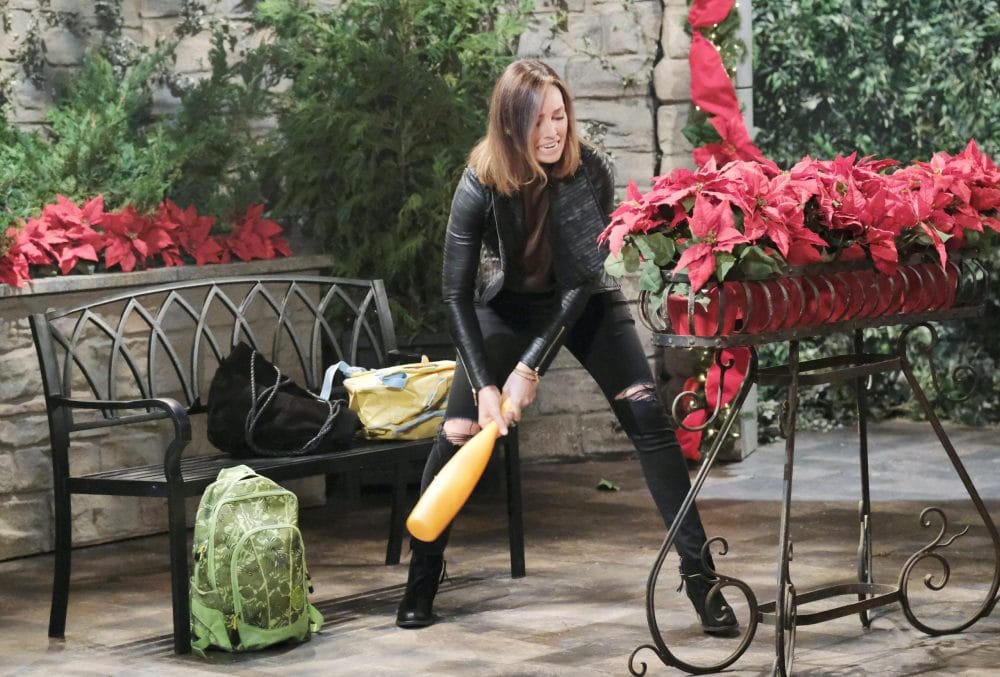 This is my first opinion column in just over two months. I’ve been spending my time writing a novel, and after the first draft was complete, I started my own Days of our Lives website, to honour the show that I’ve been amused by since 1994.

Ava Vitali’s return
I didn’t think I’d be into it but I love Ava Vitali’s return to Salem, so far. Of course, I’m expecting that to change fairly quickly when I start getting pissed off with her ruining Steve and Kayla’s lives. She’s already stirred the pot pretty hard and in such a short time, forcing Kayla to make the decision to either have her arrested for kidnapping her or letting Joey out of prison. Obviously, we knew Kayla would choose her son. The best line was Kayla, reminding us that Ava killed Grandpa Shawn. I was also glad to be reminded that Ava and Nicole were friendly. I’d forgotten that they’d commiserated over their equally horrid fathers at one time. I think this happened during Nic Nic’s baby napping days.

Kayla told Justin he was the best lawyer she knows, and then Steve, later repeated the diatribe. Sometimes I think they’re programmed to say this. There’s no other explanation!

Gaslighting golddigger
Gwen changed from the golddigger to being what I always suspected she was — unhinged. It was fun to watch her beat on the poinsettias and then invite HRH Jenn Jenn to join her, but watching her gaslight everyone in her line of sight is vomit-inducing. Emily O’Brien’s such a terrific actress. Love or hate Gwen, we can’t refute that. But I still can’t wait until she’s found out. If only Salemites communicated…

Bonnie Lockhart
Christmas sure came to the Horton Square. In fact, it threw up all over the square. When I saw Bon Bon talking with Justin on a call there, my first instinct was to think she did the decorating. It’s as full of character as she is.
Did anyone else notice that Bonnie’s southern accent is suddenly a lot sharpened? It reminds me more of when she was with Mickey Horton.

Bonnie and Jennifer are friends? And I might be into it? I don’t even mind the Jennifer recast. Cady McClain is a terrific actress. She even shows that bit of vulnerability in the same manner Missy Reeves did. But should she take Jack back? Probably. Unless I’m missing some part of the story, it seems to me that Jack would have only cheated on Jennifer to feel comfort over his devastation of feeling as though he was losing her. Not that what he did was right. It was a terrible thing to do, but we’re all human, we all make mistakes.

I may even be into Justin dating Bonnie. I’m guessing that I’m alone in this since I haven’t seen them together for the two months I wasn’t watching but in this week’s scenes, she was so feisty and jumps to conclusions out of insecurity that I’m into it.

That party where Kate and Jack boned
I stopped watching Days on September 10. I kept up with my friends a little but missed out on what happened during the party when Jack and Kate got together. I’m assuming Abigail didn’t cheat on Chad but did anything naughty go on that I should know about between her and Jake? I’ll be catching up to find out but if anyone can answer that before I do, I’d appreciate it!

Rafe to Allie, “Speaking of sanity, how’s your mom doing?”

Rafe, “Where’d you get the gun?”
Allie, “From my Grandma Kate’s room. She doesn’t know I have it.”
Rafe, “Grandmas often have fun things for grandchildren to play with.”

Ava, “In real life coming back from the dead is hard. It’s not like a soap opera.”

Save & Accept
You are going to send email to