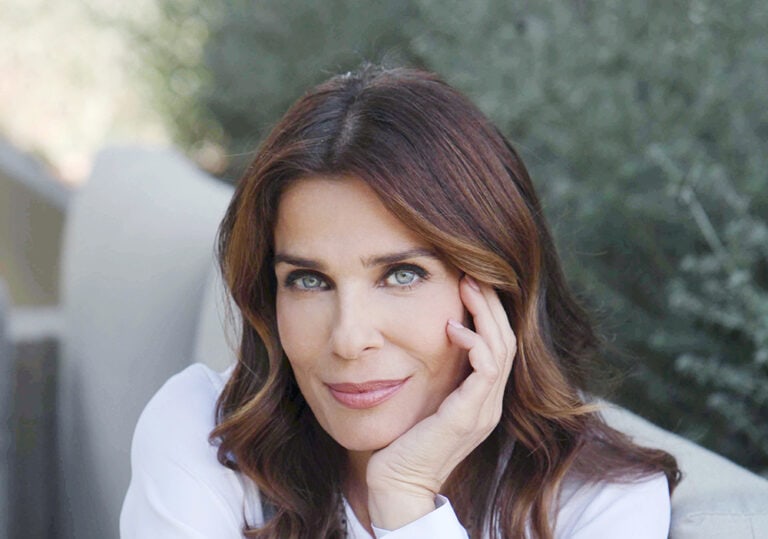 The actress talks about returning to television.

Kristian Alfonso (Hope Brady, Days of our Lives), addressed fans on Twitter about those rumors that suggested she was returning to daytime television in another soap opera — Young and the Restless. The actress stated that she wasn’t going to be on the CBS soap, but that fans would see her back on screen again in February and March.

Though fans would love one more sighting of Hope in Salem, it may be that instead of seeing her back at the NBC studios that we will see the actress in her new role on television as Sheriff Williams in another installment of Hallmark Movies & Mysteries’ Chronicle Mysteries series. The series surrounds, which returns Sunday, February 21 at 8:00 PM is about a podcast host, played by Alfonso’s ex-coworker Alison Sweeney (Sami Brady), as Alex McPherson, who moves to her hometown and stays there to run the local newspaper The Chronicle. While she works on the paper, McPherson is also looking for answers about the disappearance of her school friend, Gina DeDavio (Lisa Durupt) who went missing in 1998. Incidentally, Sweeney’s love of true crime is what inspired her to create this movie series on Hallmark.

The actress has stated in this Access Hollywood video that she had quit Days of our Lives, not show business. The reason behind her leaving is that the head writer, Ron Carlivati, and co-executive producer, Albert Alarr “thought it was best to take me off the canvas” for several months. She’d then return with a new storyline, which included a romance with a Navy SEAL. She admitted the head writer didn’t want to write it, though she doesn’t know why. The actress stated, “I’m not retiring. I’m too young to retire,” when asked if she was done with television, though about her role on the NBC soap, she said, “I’m happy I made the decision to leave. I do feel a sense of relief.”