Home » Bold and Beautiful » B&B Recaps » Li Explodes at Jack, Doesn’t Know if She Ever Wants To See Him Again, Finn Throws Jack Out, While Thomas Decides to Move After Being Disappointed By Paris

Li Explodes at Jack, Doesn’t Know if She Ever Wants To See Him Again, Finn Throws Jack Out, While Thomas Decides to Move After Being Disappointed By Paris 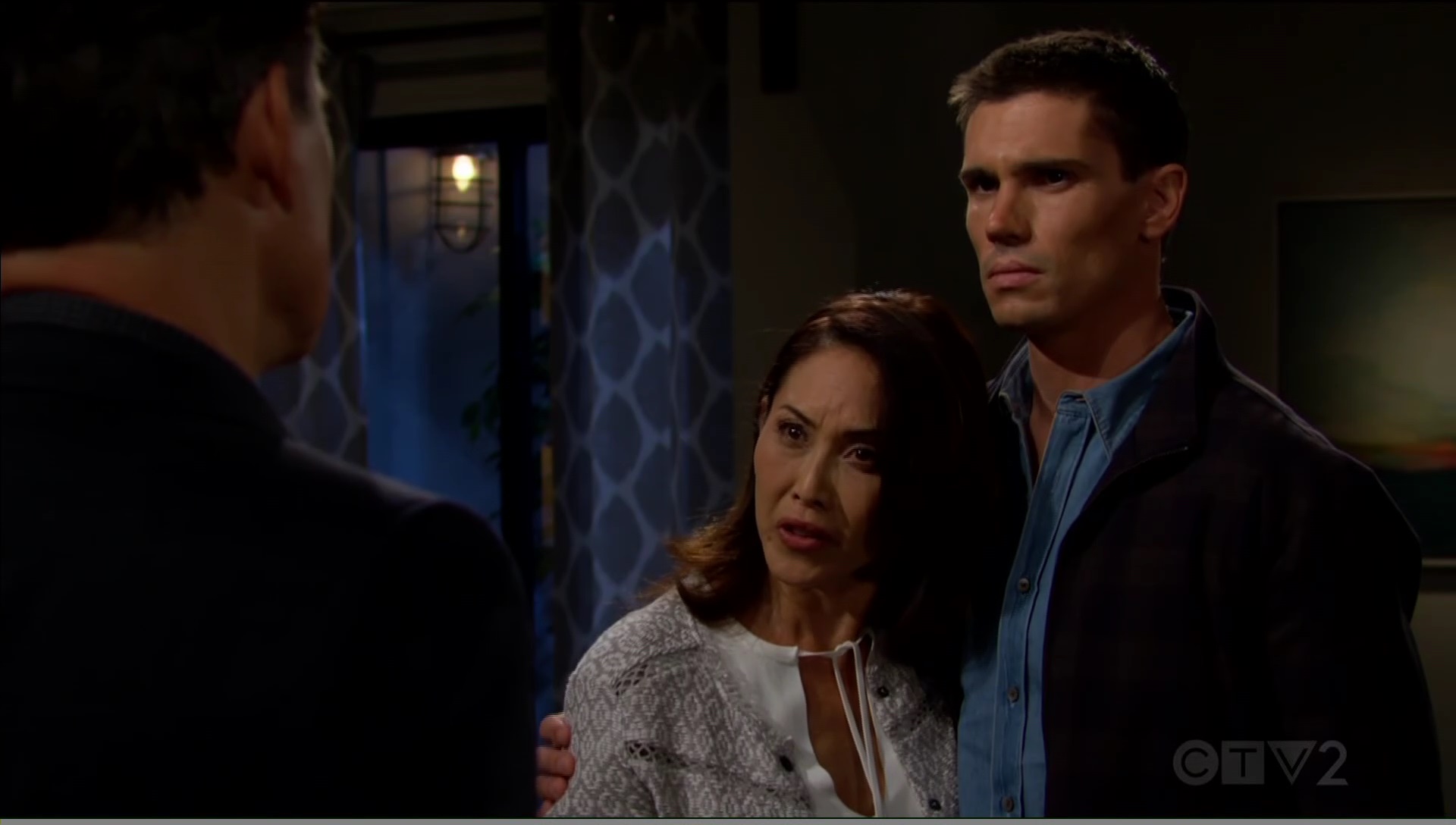 In the Monday, November 22, 2021, full episode recap of CBS’ Bold and the Beautiful, Paris turns Thomas down flat, a few times, and Li and Finn jump down Jack’s throat for his infidelity. We also have Friday’s B&B recap where Finn exploded after learning Jack is really his biological father.

Finn asks his father what kind of man he is. “I wanted to be like you. I looked up to you and you’re just a lawyer.” Jack yells back to get it all out. It’s the only way they’ll get past this. “And that’s exactly what we’re gonna do.” Finn is shocked. “You think we can come back from this?” Their family is built on lies. There’s no getting past his affair with Sheila Carter, Finn snipes. He asks how he can live with himself.

Jack was protecting him and thinks it seemed like the right thing to do. He reminds his son he was raised in a good environment. Li got a child when she couldn’t conceive. He repeats what he told him earlier that he regrets Sheila but not Finn. Finn asks how he and Li can look at Jack again the same way. Jack asks for another chance. “You and LI are my world,” he says. “Finn. I love ya,” he says. He’s sorry and wants to fix it.

Li hugs her son and asks Jack, “Who are you?” The man she married would never make a mockery of the life they built or lie to her face for decades. He claims he was protecting her. He makes excuses about getting caught up and making mistakes. He regrets not telling them but his love for them is the most real thing about him. Li can’t believe anything that comes out of his mouth. She assumes he must think of her as the biggest fool that ever lived. He doesn’t. She informs him through gritted teeth that he’s not coming back to their hotel. “The way I feel now? I don’t know if I ever want to see you again.” Finn starts to cry when he yells at his father and gripes. When Jack calls him ‘son’, Finn screams at him to get out.

At Forrester, Carter shows Zende Paris’ head shots for the foundation. He picks out one with her infections smile that lets people know she’s on top of their business. Carter’s just shocked at how fast he thought about this. “I can talk about her, think about her for days.” He was about to go back to his player ways after his divorce when Paris came around with her killer eyes, etcetera.

Carter laughs and says, “Paris is something special.” Zende says, “You never lie.” He won’t lose her. He asks about Carter’s life. Carter works and doesn’t have much of a personal life. There’s been a lot of drama the past few months he says. He’s bruised and battered and is moving forward with optimism. Zende’s glad. He’d like to see him in a happy relationship.

Carter thinks being in love suits Zende. The men do a fist pump when Zende thanks him for being there for him and Paris.

At Paris and Thomas’ apartment, Thomas asks if Paris can see a future for them. She sighs. If she thinks there’s a chance they should explore it now before she’s fully committed. She tells him this is unexpected. He knows she’s his cousin’s girlfriend. “But if there’s a chance for us, I don’t want to lose it.” Paris never saw this coming. Thomas didn’t either. He decided to put it out there. He asks if she feels the same. She’s touched and calls him a great guy but they should remain friends.

He tells her if she rethinks that, he’s open to listening. She sings his praises but she’s in a relationship as he knows, “With your cousin.” Thomas knows and doesn’t think him making moves on her is the best look. He comments, “Nothing ventured, nothing gained.” He suddenly decides he’s moving out — into a hotel room. She asks if he’s sure. She isn’t offended by what he said.