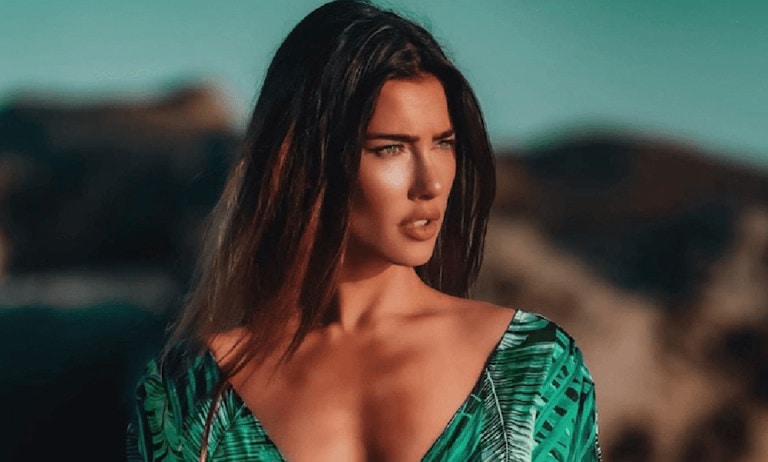 Congratulations are in order! Jacqueline MacInnes Wood and her husband Elan Ruspoli have had a baby boy. Lenix was born on February 21, 2010. He’s as adorable as his big brother, Rise.

Bold and the Beautiful’s Jacqueline MacInnes Wood has revealed her baby’s gender in a fun video on Instagram saying, “Annnndddd the category IS……Gender Reveal Extravaganza 🍭#genderreveal 😂🤍” She danced around wearing a blue, pink and yellow outfit with several blue and pink wigs, when finally, she pulled out a blue fan and a puff of blue dust appeared. She’s having another boy!

The couple met through a friend. She shared with Cheatsheet, “We met through my best friend Brian. We’d actually met at a few events briefly, but I wasn’t in the right place. Then, we were set up. We had a double date, and I was not ready but of course, when you’re not looking is usually when you find it.”

Congratulations to Wood and her husband Talent Agent, Elan Ruspoli, who tied the knot in 2018 and had their first son together, Rise Harlen. The couple married while traveling in Italy. She had already learned she was pregnant with Rise. They wed in a casual event off the coast of Sardinia and filed for the paperwork once they returned to USA. She told Soaps-in-Depth “We went to Italy for the summer, and it was perfect timing because our friends and family were also traveling. We ended up meeting them on a yacht, and one of my friends who was there officiates weddings, so we said, ‘Okay, let’s do this.’” Rise was born March 4, weighing 7lbs 13 oz. “We chose Rise because to us Rise means growth, the simplicity of moving forward,” Wood told People.

Wood has been regaling her fans on social media with dance videos while she waits for the birth of her son. Five days ago she let her followers know that “The waiting game begins!!🤰🏻👶🏼… to all you Mama’s with more than one baby, did your second arrive before or after your due date??! @tongue_n_chic”