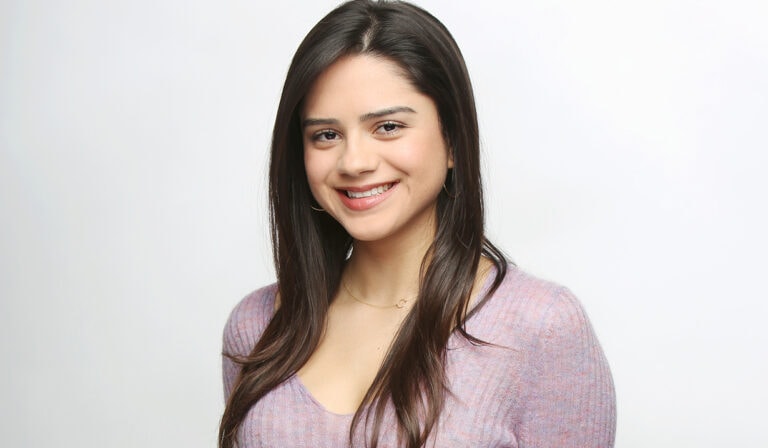 Y&R star celebrated a high as she landed a gig in DC film.

Sasha Calle has enjoyed great success on CBS’ top soap opera, Young and the Restless since 2018 as Lola Rosales. Now, according to Deadline, Calle will become DC’s first Latina Supergirl in the DC universe.

Calle shared on her Instagram account a video of The Flash director, Andy Muschietti, along with Walter Hamada and the producers watched more than 425 auditions for the role and they were blown away by Calle’s toughness and vulnerability.

“This still hasn’t fully hit me. I’m starting to cry as I type this because I know it’s me in that video.. but I still can’t believe it. Una latina súper héroe?! En que planeta?! Pues en este planeta!! Que alegría y que orgullo. Mamá, gracias por tu esfuerzo, por criarme solita y con mucho amor. Te adoro con todo lo que tengo. Eres un ejemplo de súper héroe. Andy, the moment I met you through zoom, when we started this process, It was as if I had known you my whole life. I felt the same way when I met Ezra. Thank you for your love and support. Thank you for believing in me. Thank you @wbpictures and @dccomics! Thank you to every person attached that has believed in me every step of the way. Thank you to my incredible team. I couldn’t have done it without you. I love you deeply.

Watch the video below as Muschiietti does a video chat with Calle and gives her the role.

“I saw more than four hundred auditions. The talent pool was truly amazing and it was very hard to make a decision, but we finally found an actress who was destined to play this role,” said Muschietti, who has a keen eye for discovering talent, in particular all the young actors from the first It movie.”

Supergirl was first played by Helen Slater in the 1984 Warner Bros movie and later by Melissa Benoist in the television series. This could not have happened to a more deserving actress. Sadly, some publications denigrated her ability to act because she plays a role in a soap opera, which somehow they deemed less than respectable. Soaps Spoilers doesn’t get it. Y&R’s first episode was in 1973. There are only a few other shows — all soap operas mind, who can boast this solid and loyal viewership. And while film actors get 25 takes to get one line right, it’s one and done, usually, and several pages of memorization for a soap star. They’re the hardest working in the industry and various film stars have their roots in soaps.  To name just a few, Julianne Moore, Meg Ryan, Demi Moore, Kevin Bacon, Justin Hartley, Brad Pitt…do we need to go on?