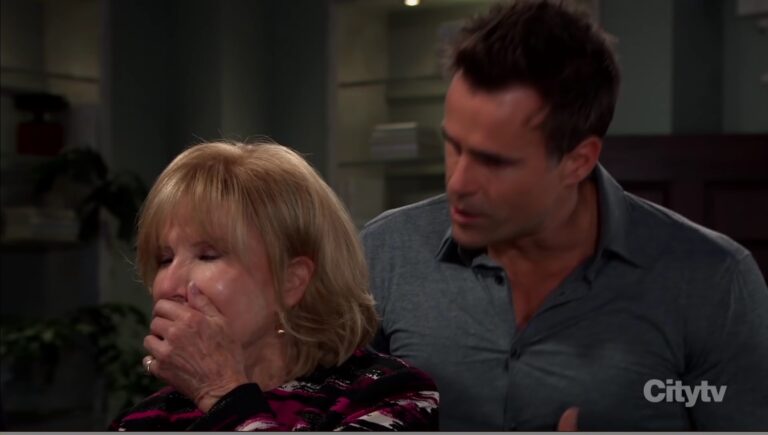 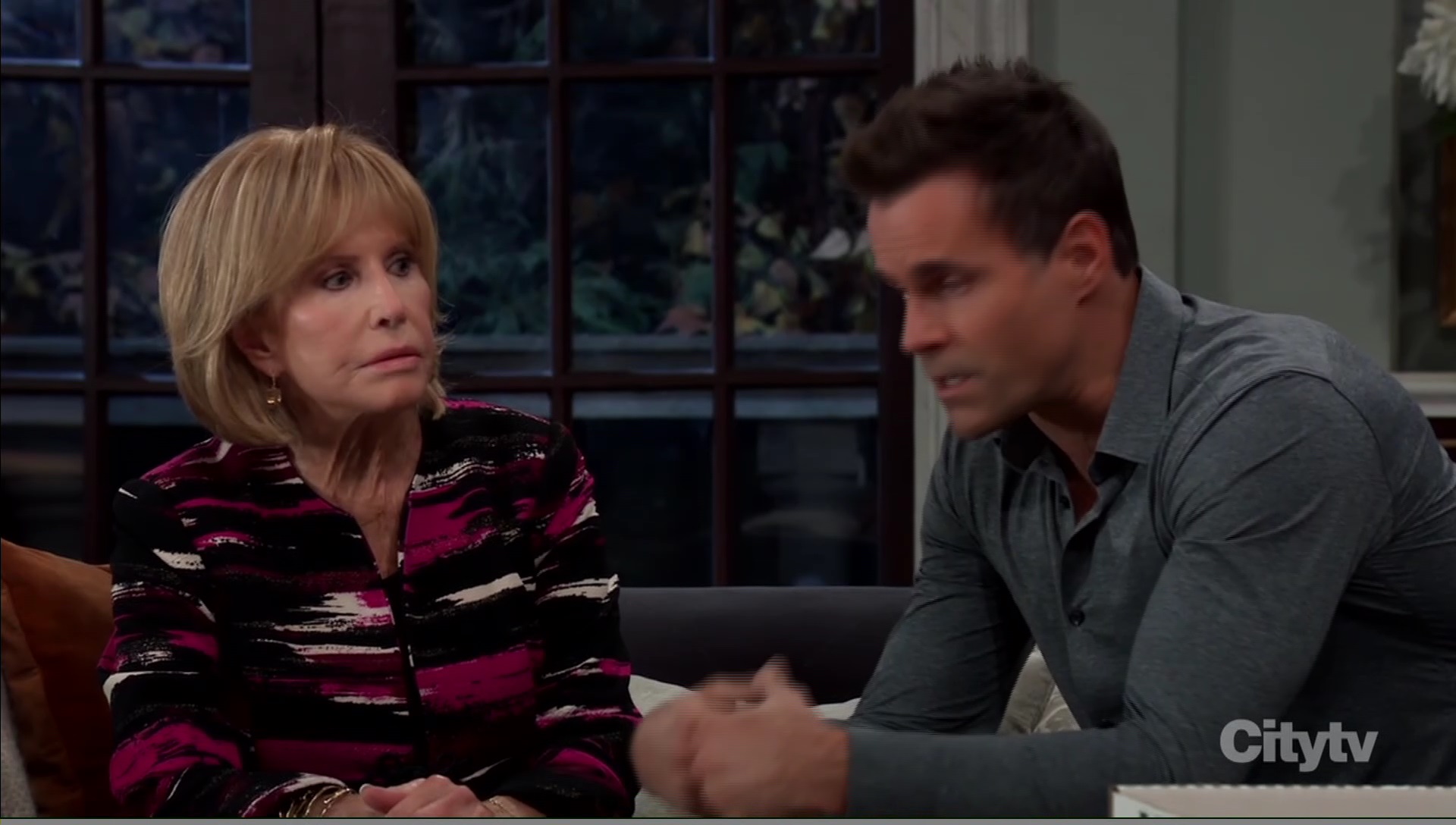 Answering the door of the Quartermaine estate, Monica expects Luigi’s have learned to automatically send them pizzas for the holiday. To her shock, it’s actually Drew. She throws her arms around him as the family gathers together. They sit in the living room and he tells them how he survived and made it back. This leaves a lot of unanswered questions and the mood quickly changes when Drew admits that his rescue cost the family something.

With a lot of difficulty, he tries to explain what happened to his brother. “Jason’s gone,” Monica realizes. She turns away and weeps as Drew says he never would have allowed himself to leave if he’d known it would cost them Jason.

Turning back to him, Monica forbids him to say such a thing. Both he and Jason are equally important to her. Sobbing, she buries her face in his chest.

Monica sits on the couch and remembers how amazed she was to see Jason becoming almost sociable at his wedding. Olivia realizes that this will crush Carly and Sonny, especially Carly.

She remembers when she first met Jason. Ned wonders if they should call Michael but Monica insists they wait until he comes back and let Carly break the news. “The good part is that every time we were together, I told him I loved him,” Monica says.

Drew can’t believe he lost his brother just when he had the chance to get to know him so they could finally be the brothers they were meant to be. He wasted so much time resenting him.

Although they will all be grieving for some time, Monica wants them to focus on the blessings they have. She toasts to Drew’s return. He raises his glass to Jason. Brook Lynn and Chase leave to check on Bailey.

Ned is startled when Drew explains how helpful Valentin was with his rescue. Monica takes her son away to look for the dog. As Ned paces, Olivia asks what he’s plotting. She guesses the war over ELQ isn’t over.

Jogging down the stairs of Sam’s penthouse, Dante discovers she’s so frustrated by the mixed blessings of the holiday that she hurls a glass at the wall. As he sweeps up the shattered glass, she cries about the loss of Jason and wonders if this is all a cosmic joke.

Is Danny going to hate Scout because her father lived? Falconeri assures her that her children will know there is no place in their lives for hate. After he holds her on the couch for a while, she thanks him for what he said. 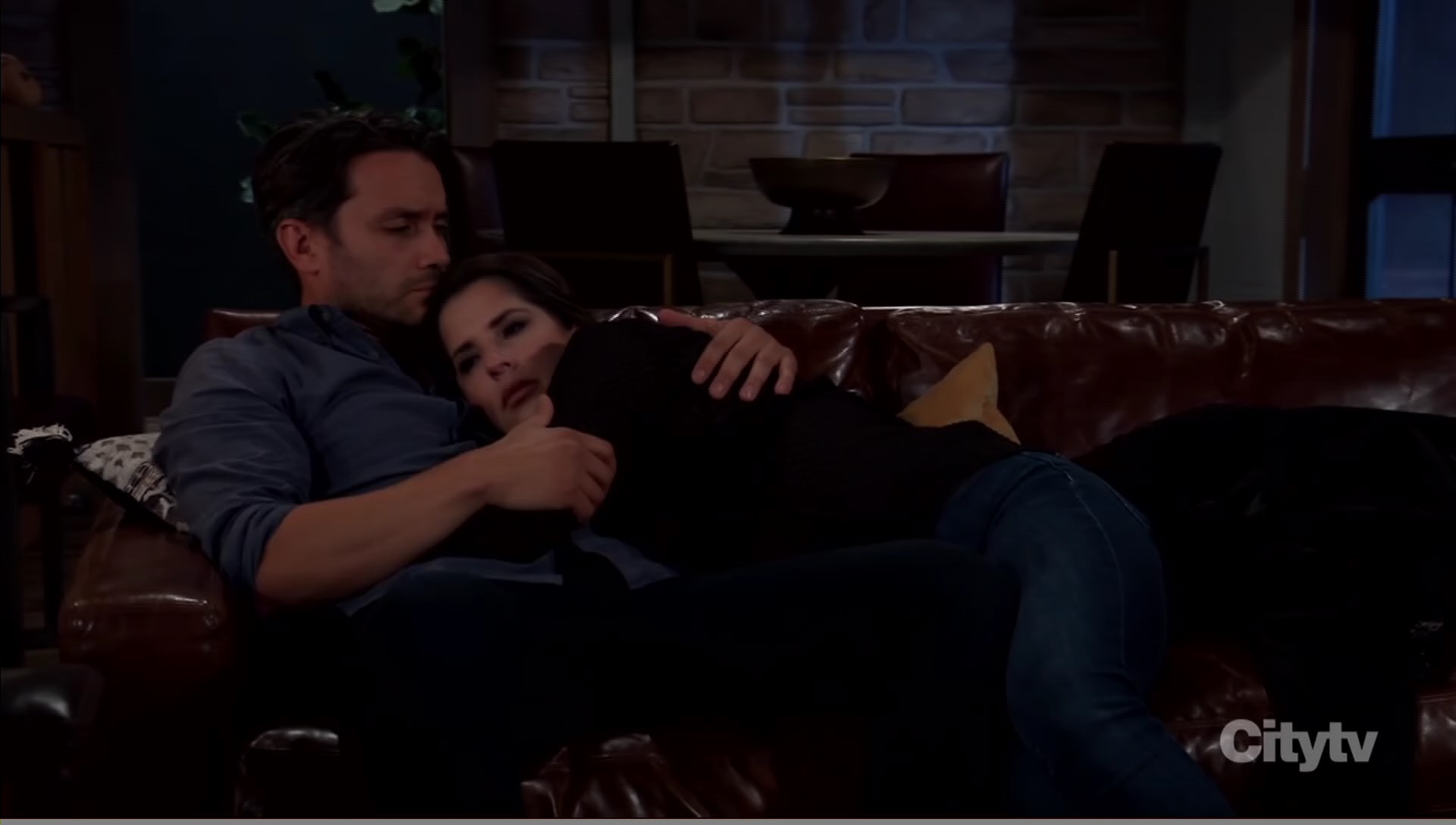 Dante admires her for sacrificing her relationship with Jason for her kids. She needed to keep them out of harm’s way. For a long time, Sam imagined that things would end this way.

And if she was still with Jason when it happened, she never would have been able to recover. She has so many thoughts racing through her head, she doesn’t know what to grab a hold of. Dante offers to leave her alone to wrestle with them.

“Please, I want you to stay,” she says, insisting there is plenty of room in her life for him. There’s no other shoulder she wants to cry on. When they kiss, he worries he’s overstepping. She insists she wants it too.

Britt finds her mother having a bad dream in her bed at General Hospital. Once Obrecht wakes up, her daughter urges her to have no more nightmares. Liesl hopes her daughter won’t be having any more either.

After Britt takes off, Scott surprises Obrecht and they begin kissing. Scott never believed that love conquers all but now he does. Throwing off his jacket, he leaps under the covers with her. 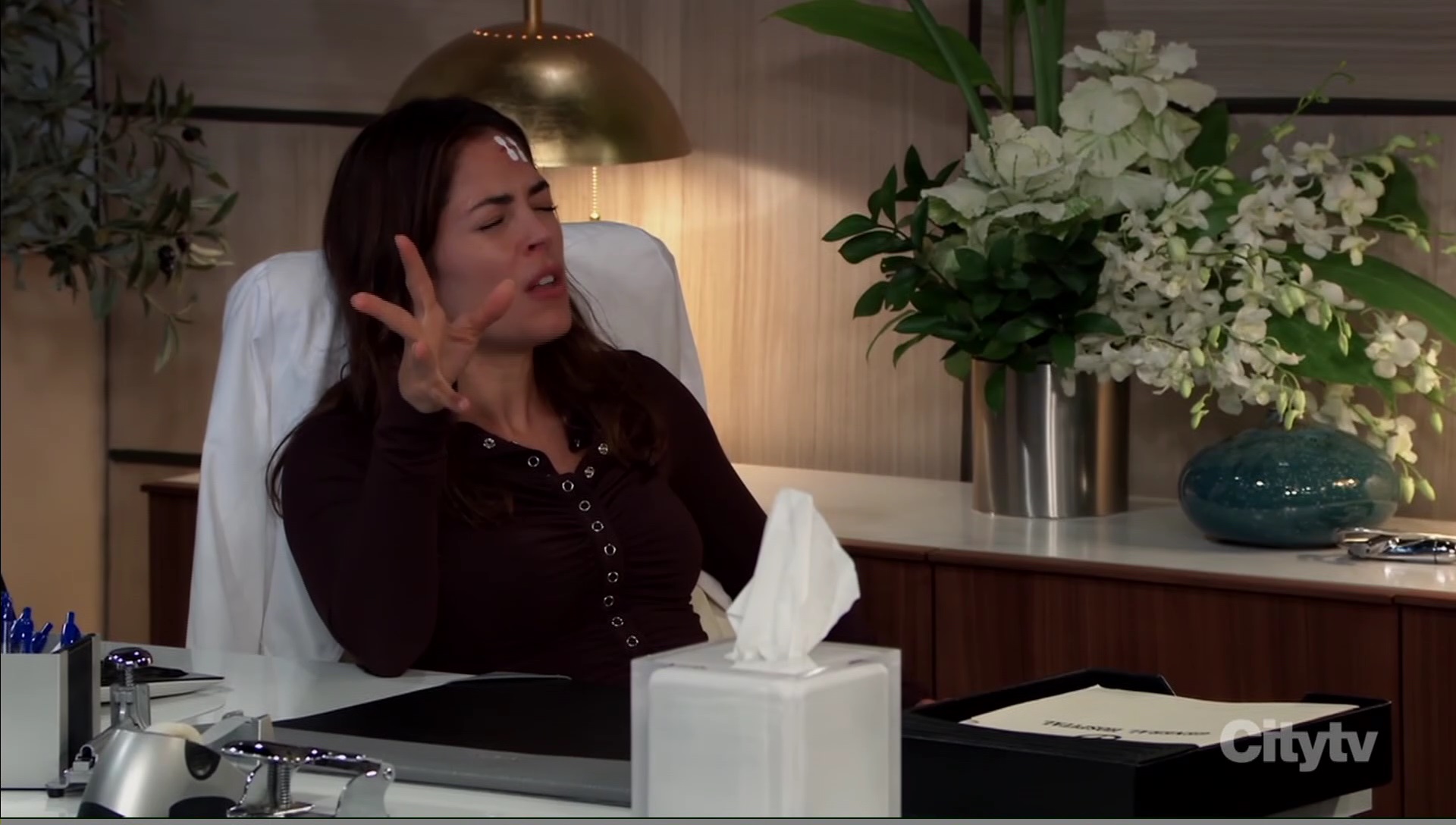 Britt heads into her office to answer emails. She types a note to the staff to send all their requests to Dr. Randolph. Austin strides only to catch her crying and asks if he can help.

The chief of staff warns him not to tell anyone about what he walked in on. Sitting himself down, he tells her about all the lousy stuff that happened with the Quartermaine’s he’s worried that he may have lost his one friendship – Maxie’s.

Austin tries making a joke but apologizes. Britt appreciates his mordant humor and admits she’s upset about losing Jason and realizes that he’s sort of related to him. Britt thought she and Jason had something special but he still married Carly and she doesn’t understand why.

“I never thought Jason would die before me,” she admits. That surprises him given that he is a mob hitman. They are both used to dealing with the trauma of death so he’s sure he knows how to handle this. Austin invites her to have a turkey burger and watch football with him. She has something else she needs to do.

Austin walks down the hall and in on Obrecht and Scott romping in her bed. “Get out!” they yell.

Carly weeps on the patio of the Corinthos mansion. Sonny joins her and she cries in his arms. He helps her inside to the table and relates all the details that Anna gave him.

Carly refuses to accept that Jason is gone, insisting that this is just like when everyone thought he was dead but she knew he was still out there. 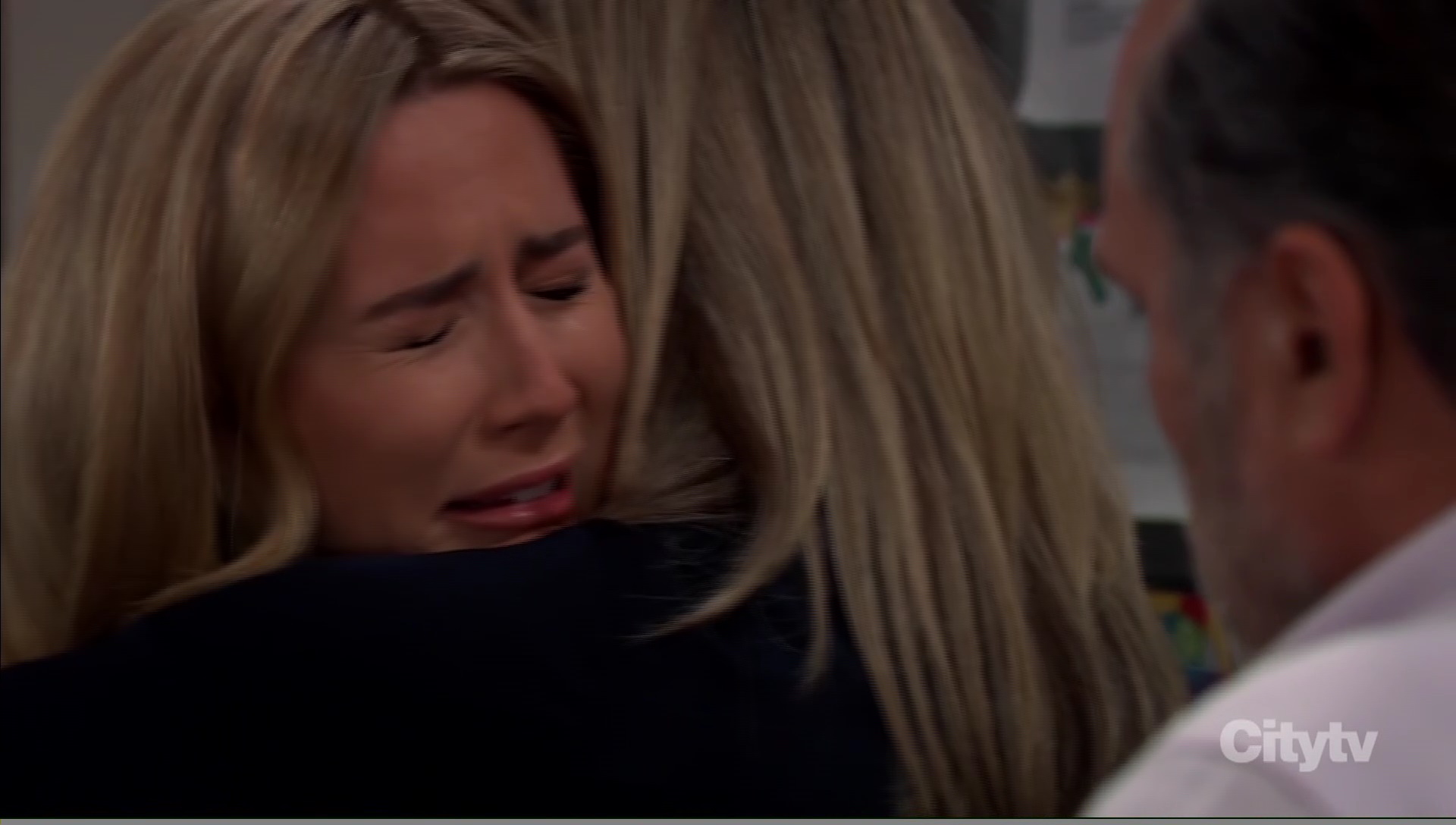 Carly can’t give up hope. Jason is the most important person to both of them. Joss stumbles in and looks at them. “Who died?” she asks, jokingly before realizing someone is actually dead.

She starts sobbing as they explain how Jason died. She can’t believe this is happening. Sonny shakes his head and offers her food but she only wants to go upstairs. Once Joss has hurried off, Sonny leaves to read Donna her bedtime story. 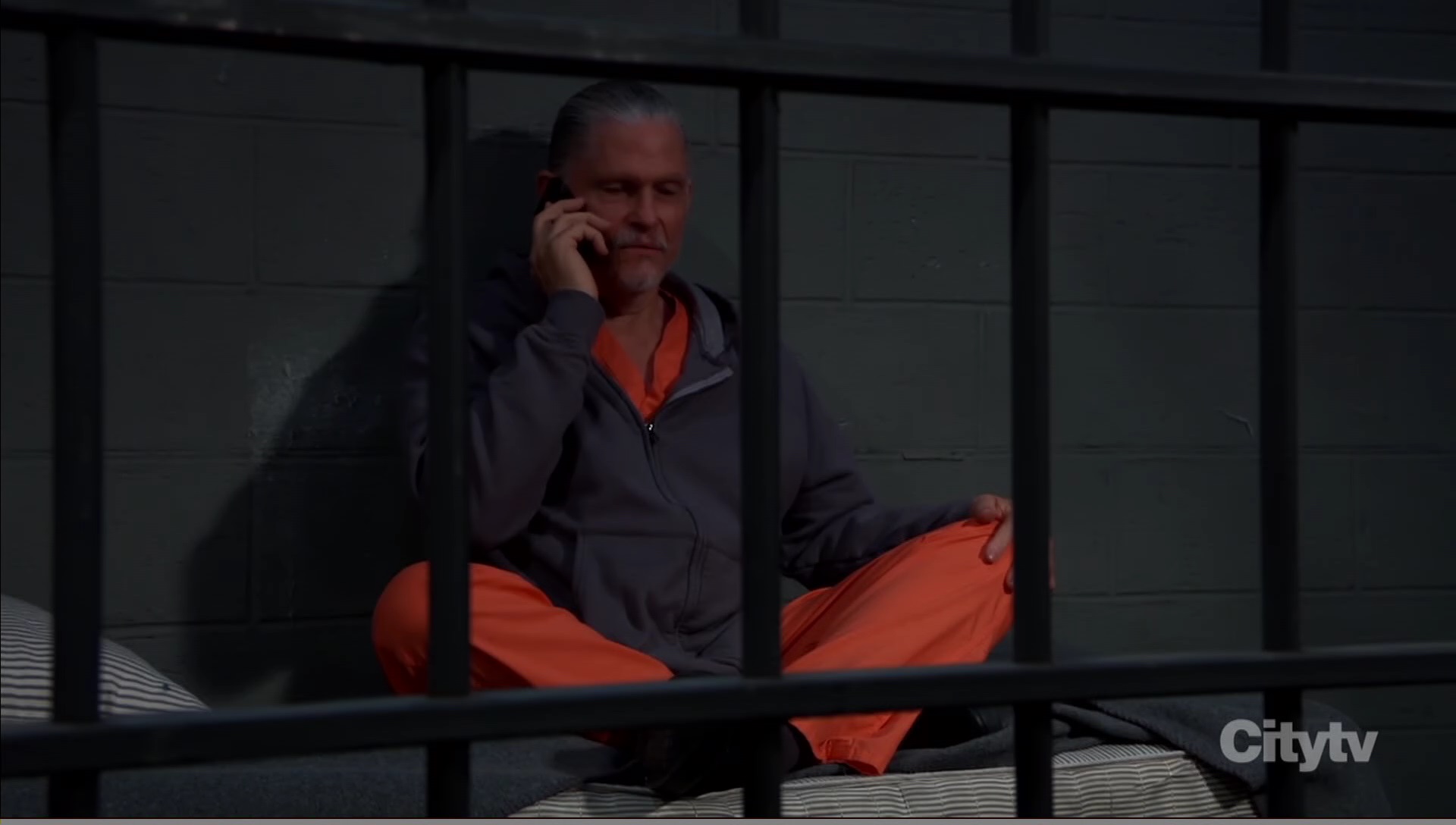 When he returns moments later, Carly is gone. He immediately tries calling her. He has no luck, but Cyrus calls him to pay his condolences for Jason. After he hangs up, livid Sonny hurls his phone at the wall. 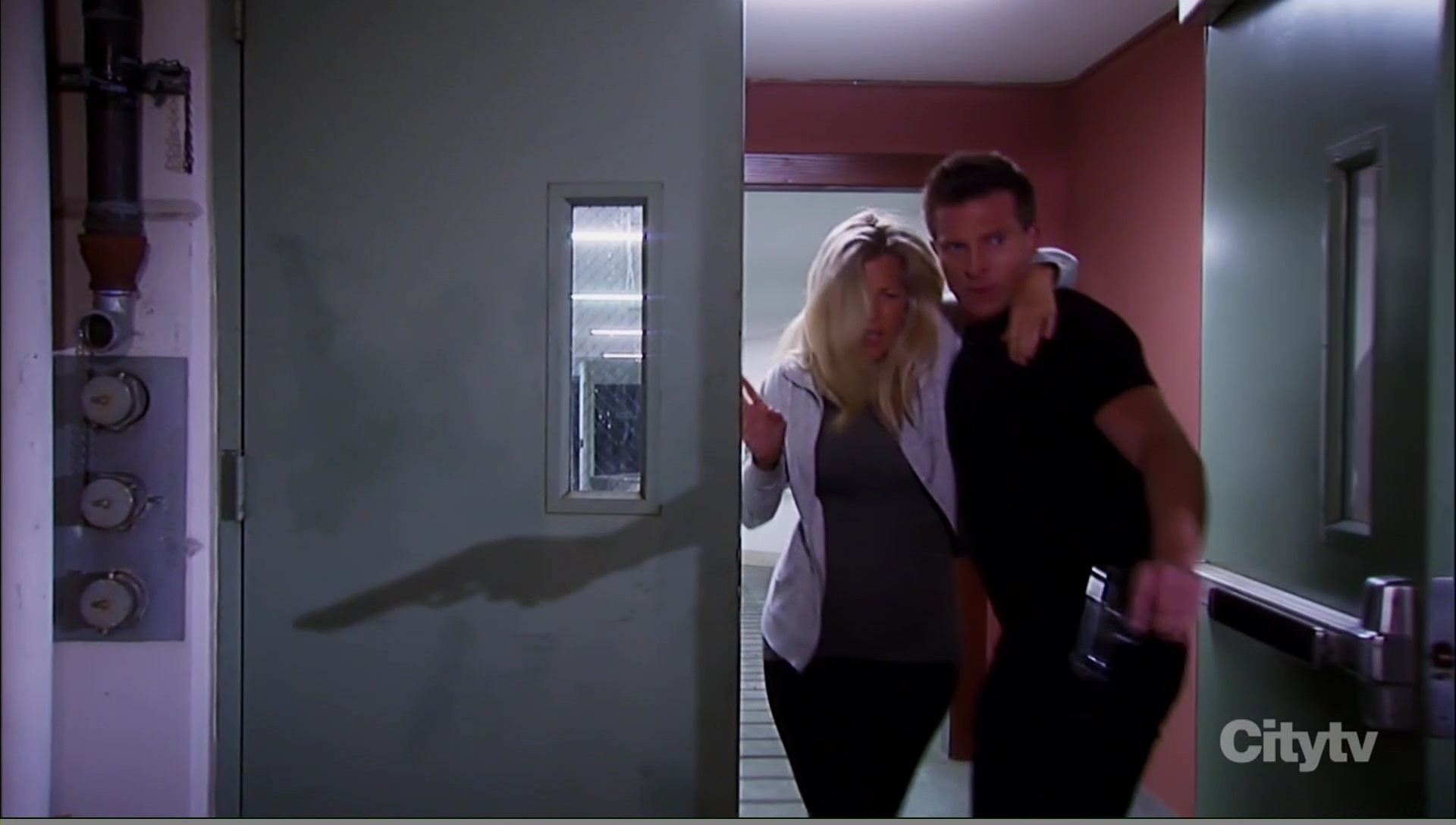 Carly goes to the footbridge and looks up at the sky. She flashes back through their lives together. She’s startled when weeping Britt arrives.