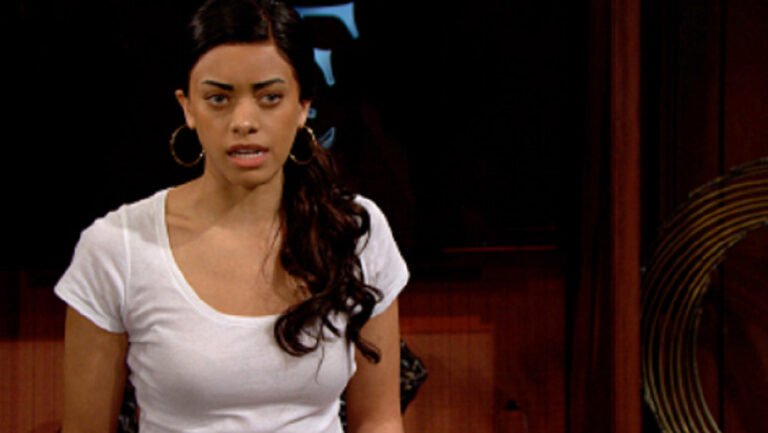 Soaps Spoilers is back with all-new Bold and the Beautiful spoilers for the week of May 17 – 21.

Quinn gave into temptation once more with Carter, and when Zoe almost walked in on them, Quinn hid under the bed. Zoe knew he had sex with someone else but didn’t know who, and Brooke overstepped boundaries with Eric to talk to him about his marital issues. Meanwhile, Zoe and Paris discussed her issues with Carter moving on sexually and thought she should talk to Quinn about it. When that happened, Zoe almost found Quinn out when she noticed the coat that was at Carter’s place, which was Quinn’s. Quinn covered but later in the week, Eric learned that Carter had moved on and he too was curious about who the man was bedding.

Wyatt grills both Liam and Bill about the tension between them.
Hope is affected by the romantic evening Liam arranges for them.

Liam’s continued to be tormented and he makes an apology to Thomas.
Hope realizes something is off with Liam and urges him to come clean.

Wyatt referees the situation between Thomas and Bill.
Hope tries to make sense of Liam’s irrational fears of losing it all.

The week of May 24 has Steffy returning when Jacqueline MacInnes Wood returns from maternity leave.