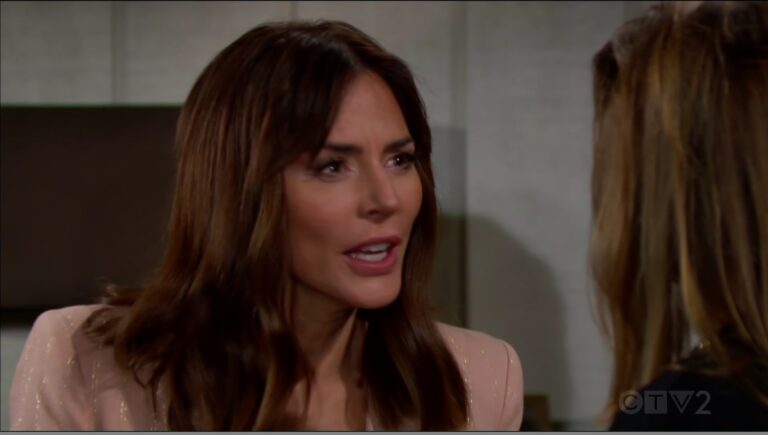 Soaps Spoilers’ full list of spoilers for B&B from Monday, May 9 to Friday, May 13.

Coming up! An unexpected alliance is revealed, a master manipulator gets manipulated, and a former lover requests another chance.

Quinn rescues Carter from an awkward moment with Paris.
Paris continues to tell Carter she knows he’s still got a thing for Quinn.
Quinn and Carter discuss his feelings for her.
Eric lies to Quinn that he has a meeting and then Pickleball.
Eric cheats on Quinn again with Donna.
In shock and disbelief, Steffy’s memory comes flooding back.
Steffy’s destroyed when she realizes what Sheila has done.
Steffy will get back at Sheila.

An unfaithful partner feels guilty for cheating on their unsuspecting spouse.
Eric likes that Donna’s uncomplicated since his marriage is.

Taylor feels bad that she let Sheila into their lives.
Steffy is devastated as she realizes that Finn died so that she could live.

Taylor calls Sheila to come over so Steffy can confront her for murder.
Sheila was ready to leave L.A. though Deacon tried to talk her out of it.

Quinn presents Eric with a special gift that has a meaningful purpose.
Eric’s ring  will track him, and his heart rate.

Taylor, Ridge, and Steffy put their duplicitous plan to expose Sheila into action.
Taylor calls Sheila to come over right away.

Sheila walks into a trap.

Ridge starts yelling at Sheila for calling his kid names.
Deacon delivers mind-blowing news about Sheila to Brooke and Hope.

Deacon notes that Ridge isn’t at home but Brooke covers.

Deacon doubles down on his theory about Ridge to Brooke and Hope.
Sheila reveals she is the cause of Brooke’s drinking.
Sheila tattles on Thomas.
Meanwhile, during a heated fight with Sheila, Steffy recalls another shocking memory.