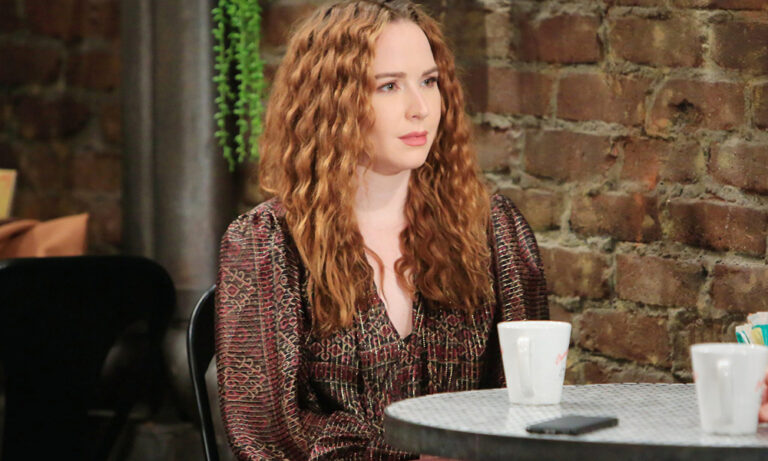 Soaps Spoilers is taking a peek at the Young and Restless spoilers for the week of March 1-5, but first, our readers may need a refresher on what went down during the previous week. In the week of February 22nd, Mariah learned from Kyle that Tara has a child who looks just like him, and he knows if the kid is his that Ashland Locke would bring chaos to his life. Jack and Phyllis debated on whether Sally had an agenda, Faith opened up to Summer about being bullied. Meanwhile, Victor got someone to get him in touch with Ashland Locke, Gloria told Sally all about her job, and Victoria accused her dad of being as controlling as ever. And that’s not all. Rey confronted Sharon with a photo of her kissing Adam and Sharon protested that it was Adam who was being impulsive. She called it an irrational mistake and Rey took off, while Nick tells Sharon that the photo is all over the place.

Onward to the Y&R spoilers from March 1-5!

Victor and Ashley discuss their concerns about Abby going ahead with surrogacy plans.
Amanda’s past comes back to haunt her. She gets the legalities set up for Devon and Abby’s surrogacy and becomes upset.
Summer and Sally argue.
Tara appears in Genoa City with news. Harrison is his child. She tells him to stay away.
Ashley’s home and comforts Abby.
Mariah and Tessa receive a reality check.
Phyllis spies on Sally.
Summer learns Kyle was headed to NYC.

Y&R Day Ahead recap: Chelsea gets a message to Chloe

Phyllis turns the tables on Sally.
Chloe and Chelsea connect. Chelsea reveals that something is going on between Sharon and Adam.
Lauren thinks Phyllis should stay out of Jack’s affairs.
Summer asks Kyle about his NYC trip and he lies.
Summer tries to give Sally a break.
Lauren thinks Sally should ignore naysayers about her relationship with Jack.
Jack doesn’t want Phyllis getting involved with his relationship with Sally.
Adam reveals to Sharon that he thinks she’s right. He needs to stay away from her.
Adam talks to the doctor about leaving Genoa City but she doesn’t think it’s the right time.

Victor builds an empire.
Adam agrees to consider Victor’s new venture.
Jack praises Summer.
Tara calls Kyle to tell him she and Ashland are in GC next week.
Summer asks Phyllis to hack into Kyle’s phone and Phyllis refuses!
Kyle spills everything to Summer.
Chelsea dreams of having revenge.

Jack issues a reminder of how formidable he can be when he’s challenged.
Abby needs Christine and Nina’s support.
Summer goes to Phyllis for advice.
Jill has her own advice for Abby.
Abby makes a big decision.
Devon keeps a secret hidden.