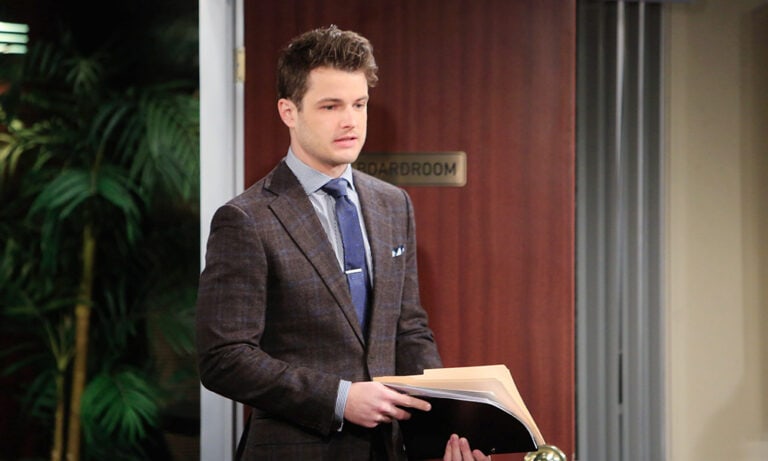 Taking a look at what’s coming up for Genoa City residents on Young and the Restless which includes some being unable to get their minds off of their former paramours. Valentine’s Day comes, but we’re not sure Cupid’s playing a big part in the festivities this year. It looks as though Rey has had enough of Sharon spending time with her former beau Adam, and orders her to cut the crap. Meanwhile, it looks as though Elena’s about to come clean with Nate, but does that really mean she’s going to tell him about her night of passion with Devon? While all that’s going on, Devon and Amanda play a little game, and secrets are spilled. Read on for more of a daily dish of spoilers for Y&R! Please keep in mind that we only saw last Monday and Wednesday’s episode, so we’re going from the spoilers below until the show airdates are straightened out, which we hope starts on Monday!

Love is in the air! Chad Duel proposed to his Y&R star girlfriend and she said yes! Read the updates about the gorgeous red and black goth-inspired wedding!

Jack connects with Sally.
Kyle makes a confession to Summer.
Devon and Amanda’s evening takes an unexpected turn.
Victor gets another opportunity to target Billy, and he takes it.
Abby steals the spotlight.

Victor gives Adam a reality check.
Elena comes clean with Nate.
Rey demands answers from Sharon.
Will Kyle’s big reveal ruin his relationship with Summer?
Could Devon and Amanda be in worse shape after their evening together?

Nick supports Chelsea.
Adam provokes Rey.
Rey is done with Adam hanging around his wife. He sets parameters on how much time Sharon’s spending time with him.
Amanda lets her guard down with Naya.
When Victor is forced to give Adam a reality check, this could set the father and son’s newfound easier relationship back.

Nick offers Chelsea some support.
Amanda lets her guard down when Naya reappears in her life.

Mariah prepares for her new journey.
The Bold and the Beautiful’s Bill Spencer visits Genoa City.

For those unaware, Bill Spencer is portrayed by Don Diamont, who played Brad Carlton on the CBS soap from 1985 – 2009 when the character was killed off while he saved Noah Newman’s life with whom he found drowning in the lake after falling through the ice. Brad first appeared as the Abbott family gardener (hot pool boy!), and by the end of his run was CEO at Newman Enterprises.