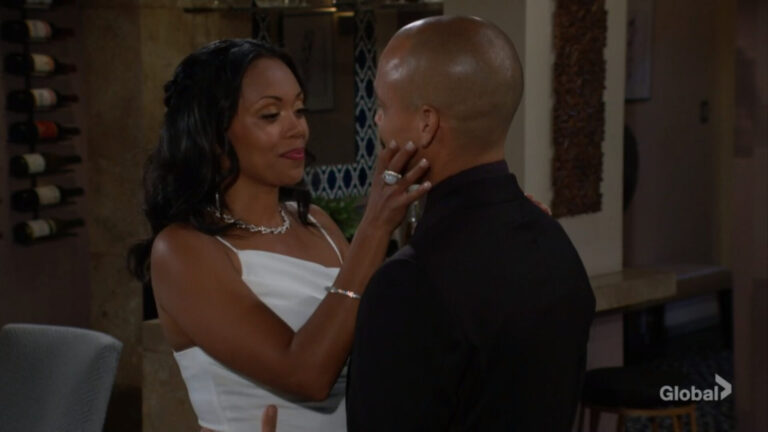 Soaps Spoilers’ full list of spoilers for The Young and the Restless from Monday, June 6 to Friday, June 10.

Read the Y&R day ahead and in-depth recaps daily around 5:45 PM EST right here! Y&R spoilers two weeks ahead – Y&R teasers the week of May 23-27.

Meanwhile, Sharon squeals as she sees Mariah and Tessa arrive from their honeymoon, Ashland sits with Victoria in her robe as she tells him she wants to get away with him. This time, she doesn’t want to just fantasize about it.

She wants to do it. And Phyllis is surprised at Jack. “You’re done. After all of this. This is the end?”
Jack tells her, Yeah, this is the end. Goodbye.”

Victor forces Ashland out of town.
Victoria goes to see Ashland after he texts that he loves her.

Diane empathizes with Ashland.
Allie and Jack bond over being runners.

Allie talks about plans to see Genoa City.
Summer and Kyle turn to Jack for guidance.

Summer and Kyle are happy that Jabot has bought Marchetti.
Victor and Nikki receive shocking news.

Wednesday’s Y&R recap – Victoria walks out on her family, while Adam celebrates

Nick confides in Sharon.
Victor makes a promise to Victoria.

Victor vows to protect his family at all costs.
Victoria asserts her independence.

Victor takes matters into his own hands.
Victoria has a bag packed.
Kyle comes to Chelsea’s rescue.
Chelsea makes an unexpected ally.
Lily loses patience with Billy.
Lily tells Billy she can’t take it anymore with how he acts with Victoria.
Billy does damage control.

Friday’s Y&R recap: Victor sets a trap for Victoria that will anger and hurt Adam

Victor and Nikki make a painful decision.
Victor and Nikki agree to set a trap to make Adam CEO which will lure Victoria home.
Elena’s exhausted and has to work the night of the launch party.

Imani razzes Elena for being tired and looking tired.
Elena sizes up the competition.

Victoria stands her ground with Nick.
Nick is supportive and decides he will remain so.

Lily and Billy have a break through.
The party is almost ready to begin.