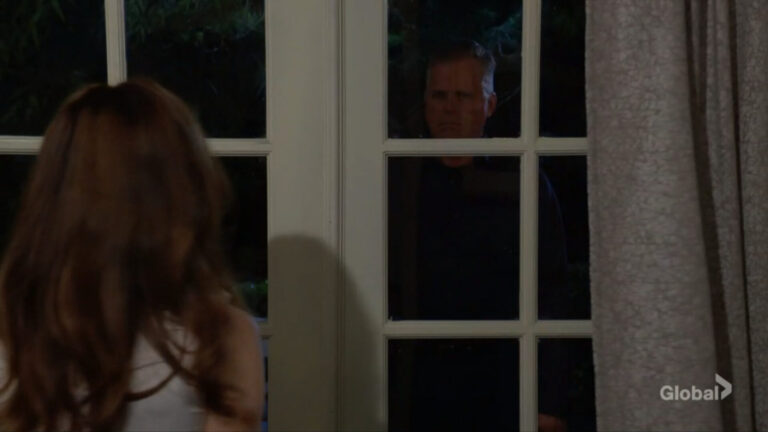 This week has Ashley shocking Jack, Nick taking matters into his own hands, while Ashland is backed into a corner and Adam throws Sally a curveball.

Meanwhile, Nick protects Victoria from Ashland when he notices that there’s a light on in her house, yet she’s not coming to the door when he knocks.

Elsewhere, Adam decides he’s determined not to let Sally get fired from Newman Media, so he breaks up with her so his sister will not think he has influence over her.

Adam’s cruel to Sally during the break up but she doesn’t believe him and realizes what he’s up to.

Monday’s Y&R recap: Locke is locked up and exchanges threats with Victor

Allie, Noah, Mariah and Tessa sit by the pool and talk about Noah’s career.

Ashland is caught by the cops, arrested and tossed in jail.

Victor has a press conference where he details changes to the company.

Diane asks if Kyle’s upset with her.

Nick forms an alliance with Phyllis and Ashley.

Ashley and Nikki decide to help Phyllis get to Diane.

Ashley surprises Jack by telling him that Phyllis deserves forgiveness.

Adam dumps Sally, who sees right through him until he’s cruel.

Sally asks Victoria and Nick to save her job.

Allie and Noah kiss for the first time.

Wednesday’s Y&R recap: Adam offers Locke a partnership but he turns him down

Phyllis learns that Jack trusts Diane and she flies off the handle.

Jack shares words of wisdom with Allie about Noah.

Sally calls Adam to talk about him dumping her to save her job. He ignores her.

Adam warns Victor that Locke is gunning for him and Vicky.

Jack and Phyllis navigate the status of their relationship.

Victor loses his patience with Adam.

Lily offers Red to buy her hotel but she doesn’t want to sell.

Victoria’s nervous at home by herself.

Billy visits Victoria to tell her he and Lily are going away for business. He notes she’s nervous.

Sally tells Chloe about their jobs dependant on whether Sally works out.

Sally runs into Adam by chance.

Chelsea taunts Sally about making her way to the top using sex.

Billy collaborates with Chelsea on their project.

Ashland stalks Victoria outside her home and she lets him in.

Teasers the week of July 25:

Victor takes matters into his own hands.

Nate and Devon struggle working together.