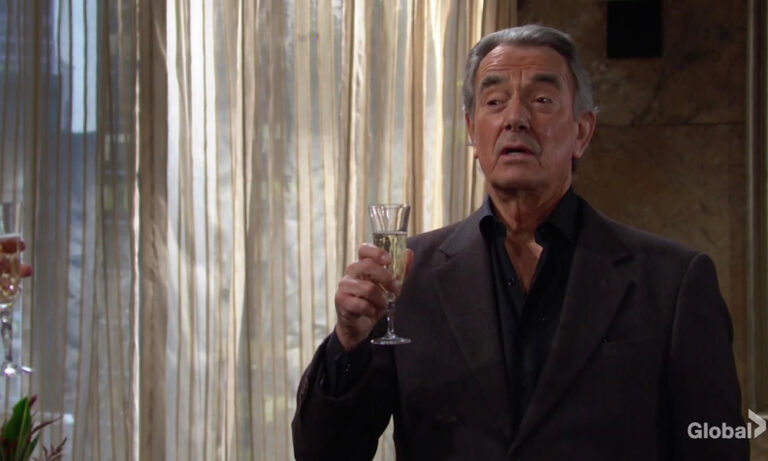 Soaps Spoilers is back with all-new Young and Restless spoilers for the week of March 22 to March 27.

Ashland Locke and his wife Tara came to Genoa City. While Ashland heard the pitches of Billy and Lily, Adam and Victor, and Victoria, Tara was spotted around town by Sally, who tried to glean some information off of the woman Kyle had an affair with. Meanwhile, Chelsea started her plan in motion by sending Sharon fake texts from Adam, and Rey became suddenly and suspiciously ill after the couple’s first therapy appointment. While Faith had some creepy stranger texting her, Amanda found out that Devon’s been having sex with Elena and dumped his butt, while Nate told Elena they were through!

Young and the Restless will not be seen today because of the NCAA Basketball coverage. Soaps Spoilers will be writing the recap for Tuesday, March 23rd recap which is live at 5:45 PM EST at the latest!

Sharon sits vigil at Rey’s bedside.
Jack presses Kyle for answers about his secret and Kyle barks at him.
Phyllis learns that Ashland Locke is the one that she and Kyle are concerned about.
Elena and Nate put their issues aside to help Rey.
Rey is diagnosed. Thallium poisoning.
Adam sees Sharon and almost talks to her about the texts.

Y&R Day Ahead Recap – Naya is in trouble

Amanda receives a distress call. Naya needs her.
Faith gets further involved with her mystery guy.
Nate and Devon have words.
Devon can’t stay away from Amanda.
Lola gets comfort from Elena.
Rey’s diagnosis shocks him when he wakes up.
Rey learns that he was targeted.
Phyllis shares words of wisdom with Faith.
Mariah and Tessa start a new chapter. The egg implantation was today.

Y&R Day Ahead Recap – Rey gets proof Adam poisoned him

Devon opens up to Abby.
Adam sees that Chelsea can move when Chelsea lets her guard down.
Amanda learns troubling news about her family. Naya tells her that her grandfather is accused of murdering her father.
Amanda learns her father’s name!
Rey finds white powder in a vial in Adam’s shaving kit and processes it and learns it’s thallium. He finds the statue and trey in Adam’s car and tells Sharon that he has proof that Adam poisoned him.
Rey needs Sharon’s help in locating Adam.